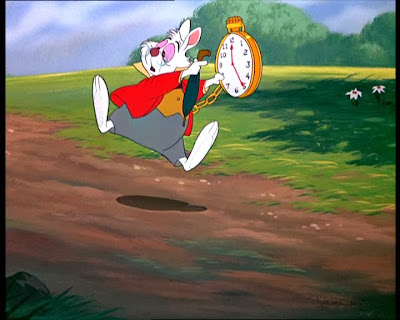 Regarding myself, there are two things I believe to be rock-solid truths:

2.  The Linux and FOSS communities are there for us when we need them.  Always.

To be honest with you, keeping the lights on and the doors open hasn't always been easy.  Fact is, if not for a couple of 11th hour assists from your ranks, the then-named HeliOS Project would have disappeared into the night and probably never seen again.

We came to you often and with humility...needing help for one thing or the other.  It wasn't always because we needed help.  Someone you never met needed help.  You took my word for it and you stepped forward.  Two boys who had been kicked in the teeth by life were able to get up and keep going because of you.

In February of 2012, I went to the doctor and was admitted to the hospital immediately.  I knew what the problem was...I just didn't want to face it.  When it became almost impossible to breathe, it forced my hand.  I was diagnosed with stage 4 throat cancer.  Knowing that I didn't have any health insurance, Thomas Knight along with Maxx Daymon,  David Rea and others set up an Indiegogo campaign for me.

In 9 days, I asked them to please stop the donations.  They had raised over 53 thousand dollars for my care.  During the campaign, a complete stranger contacted his doctor and told him about me.  Dr. Peter Scholl is one of the top ENT surgeons in the nation.  He contacted me and said he would charge me nothing for treatments and surgery if it was necessary.  He said to take care of my Oncologists bills and he would take care of the rest.

In a word, I was stunned.

Never had I experienced this outpouring of love and concern.  One of the stipulations was that any money not used for my medical care was to be transferred to the Reglue non profit account.  We didn't figure there would be anything left so I didn't give it any more thought.

Now comes the news that I will begin receiving Medicare coverage since I am permanently disabled.  It's part of the Affordable Health Care Act of 2013.  That means that any further treatments will be paid for my my insurance.  I will carry part B just to make sure there isn't a huge co-pay.  I am in remission but not a durable remission.  Problems could arise and it's not unheard of for this type of cancer to come back.

So with 22K left in the bank, The administrator of that cancer account, Pastor Jeff Ripple will accompany me to the bank later this week and transfer that money over to Reglue where my Directors will oversee the funding we need.

I told you that story so I can tell you this one.

Many of you have helped us out professionally through the years.  Some with
artwork, some with code...and some with physical labor and you've never asked a dime for your help. 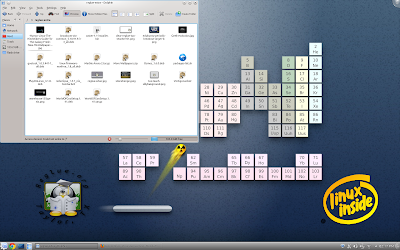 My buddy Randy Noseworthy is just one such person.  Randy is between jobs and trying to keep heart and hearth under the same roof.  Randy also has mastered the art of distro creation and modification.  At my direction, Randy has taken the Mint KDE LTS release Maya and has turned it into the best Reglue respin we've ever had.

The Maya version will be used as our primary distro with Zorin for lightly spec'ed computers and Uberstudent and OpenSuse for the High School and College installs.
Randy was able to give us everything we needed in a distro and it wasn't easy.  The apps we would install every now and then, he provided in an extra folder.  That way, we can install the .deb or tar.gz without having an internet connection or should we forget to bring our data thumb drive with us.

For once, we have been able to pay for services rendered.  Randy never asked us for a dime...but upon completion of the project I informed him that a check will be sent out on the last day of this month.  It's more than he imagined and it's really less than we think he's worth, but it worked out well for all of us.  And yeah, it feels good to be able to give back to those who have helped us out.  Two guys that have done graphic work for us are now in our vendor list as well.

And so it is....as it always is.  What goes around, comes around.

I'm just glad to be on the merry-go-round.

blather and mumbling provided by Unknown at 5:18 PM

You're a good man Ken.

May the New Year be your best yet!

Ken, it's the least I could do. And the payment is a welcomed pleasant surprise. The timing couldn't be better. As I got cut loose from my contract on the 23rd of the month.

And it's been a labor of love, on my part. I'm glad to be able to contribute back to the FOSS community.

I'm happy and proud to have been a part of this. I wish I could do more for Reglue.

Ken, hey, I haven't kept up, but coming across this article on your cancer, may I suggest you look into vitamin d. It's not a joke.

Research from the last few years suggests vitamin d3 is a major player in holding the "matrix" that keeps cell tissues in place. A major problem with cancer is when the tissue cells are not secure a problematic cell can more easily multiply in place and eventually spread. In contrast, secured cancerous cells multiply more slowly and allow the immune system to come in and clean them out in time.

There is more of course. ..for example:

You may want to google for mercola (a dr) or Carole Baggerly eg, "Vitamin D Might Be Able to Slash Your Breast Cancer Risk by 90 Percent"

> "Modest Vitamin D Levels May Decrease Your Risk of ALL Cancer by 77 Percent" Vitamin D has shown preventative benefits for many diseases, including heart disease and diabetes, and can even reduce chronic pain1. But when it comes to cancer, vitamin D is its worst enemy! Theories linking vitamin D deficiency to cancer have been tested and confirmed in more than 200 epidemiological studies, and understanding of its physiological basis stems from more than 2,500 laboratory studies.

One particularly noteworthy study was completed by Joan Lappe and Robert Heaney in 20072. A group of menopausal women were given enough vitamin D to raise their serum levels to 40 ng/ml.

These women experienced a 77 percent reduction in the incidence of all cancers, across the board, after just four years3. The remarkable thing is, 40 ng/ml is a relatively modest level. The latest information suggests the serum level “sweet spot” for vitamin D is 50 to 70 ng/ml. To have such stunning findings at just 40 ng/ml underscores just how powerful and important vitamin D is to your body’s optimal functioning.

I have had my own positive experiences with vitamin d (remove pain in chest and episodes of skipped heartbeats, sleep better and while flat and breathing better, remove pain in heel, etc) after my levels dropped a lot from working and being outside almost exclusively at night for a few months.

Now that it is flu season, we may also note that vitamin d serum levels are lowest around March (Winter: low UVB) which is when most bone injuries, colds, etc, happen (it was true for me). Vitamin D is better at stopping and preventing the flu than are flu vaccines (google).

You may note as well that in the Internet age many more people are avoiding the sun, and we have had higher cases of many diseases (including diabetes). Also, years ago few people used sunblock (which usually works against uvb in the midday), but many more use it today.

And the US recommended allowance is woefully low (and likely will be upgraded as this research gells), so don't judge by those levels. The vitamin d added to milk and cereals, for example, is next to nothing of what the body needs and what the sun provides in even just 10 minutes (near equator, midday).

OK, also try "Dr. Stasha Gominak Discusses Sleep and Vitamin D Pt. 3" on youtube. OH, and Carole B (former physicist who learned about vitamin d after breast cancer and became passionate about spreading the info on d3) has interviewed many leading researchers, so you can hear some of this from the horses' mouths.

ps. I'm typing from the library from ie, definitely not my choice.