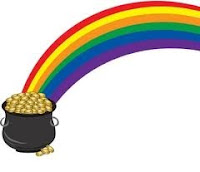 It only took Reglue a year of accepting junk to find out that it was costing us more money than the junk was worth.  I'm talking about old Pentium - Pentium III stuff.  Most places now want to charge for in bulk recycle and you can just forget about CRT monitors...

They want anywhere from 10 to 40 cents a pound to accept those.

20-some 21 inch Sony Trinitrons weighing over 40 lbs each....well, the math is pretty simple.

The cost of that recycle would have directly cost us the ability to install a bunch of computers to kids that need us most.

Fortunately, best buy agreed to take them for free if we only flooded approached one store at a time with 10 monitors each.  We could do that easily.

So fast forward to a couple of weeks ago, when we were introduced to Wayne of Wayne's World of Recycling.

We were recently given a truckload of really old computers, some as old as the first Pentium.  A friend of ours, Jared Diaz came over to help me stack the museum pieces in a corner until I could figure out what to do with them.

We took the bad in order to receive the really nice stuff or we wouldn't have these old machines at all.  It was an all or nothing deal.  We chose all.

Jared had asked me what were going to do with them and I told him we would take them to someplace cheap to recycle.  He then asked me if I was getting paid for the scrap weight.

I told him we were not.

Jared raised an eyebrow and grabbed the first Pentium in the stack and put it up on one of the classroom desks.  Armed with a couple screwdrivers, pliers and side cutters, Jared opened the case and began systematically removing each component until just the bare inside of the case was left.  He then started separating them by component.  That's when he started rattling off prices.

The stripped cases themselves pay 2 dollars each. 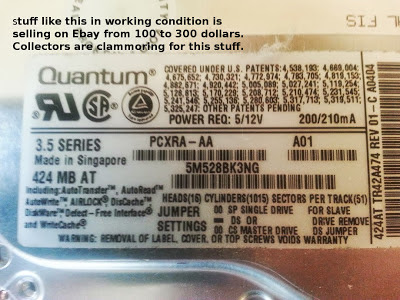 Yeah, it was one of those moments.

Knowing I had a box full of old 128 and 256 RAM that we couldn't use, I had Jared drive me to Thrall, an 8 minute drive from Taylor, to test his information.

I know many people who read this blog are system techs and admins for the company they work for.  One guy I know that works for a small PC repair business now drops off boxes of old RAM and CPUs/with aluminum or copper heat units for us.  if you happen to be in the position to do so, we would appreciate you shipping us your old or unused RAM or other small components.  It stands to help us raise badly-needed funding for Reglue and possibly give you some space for other stuff.  We will gladly supply you with a tax receipt for your donation @ the dollar amount we get for that donation.

9 dollars a lb for motherboards.  Sheesh...whodathunkit?

You can email me here if you have stuff we can use.  And again...thanks for helping us do what we do.

blather and mumbling provided by Unknown at 3:21 PM

You could probably get some kids to help you strip them and in the process give them some familiarity with hardware.

After all, it doesn't matter if they damage stuff being scrapped...

We've got that laid on for later in the month though but I am being informed by our insurance company that if they get cut or need any kind of medical treatment due to breaking down these machines...we are not covered. Sheesh. We'll have three adults there to supervise and I am going to see what it costs to get a rider for that event. If it's not too bad, I'll pick it up.