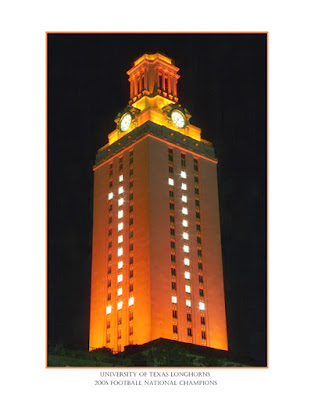 We are in the forth year of our "mission" here. Here being HeliOS Solutions. Our mission is to let everyone who uses a computer know that they have a choice in the way they operate their computer.

Some say we might have an obvious bias toward Linux.

From where I sit, we've done fairly well. Without any real advertising, we've managed to scrape along well enough to fund our Helios Project...with the help of a few generous friends that is. People are beginning to get the word.

But not enough. In the past decade, we've garnered what, anywhere from 3-9 percent of the world market share? The figures are open to dispute. How do you measure the use of a product that's free? You can't...

Not with any degree of certainty anyway.

Trust me...when people see that they have a choice and that choice is Linux, many are going to try it. People are astounded when they see the possibility Linux brings to their computing experience. Even "the man on the street" is learning of his choices. Case on point.

Tom King and I were pulling into Fry's Electronics to pick up some things the other evening when Tom spotted a tricked-out pickup truck with a huge antenna on the back of it. Being a Ham Radio Operator himself, tom struck up a conversation with the individual while I stood and listened. I have no clue when it comes to Ham Radios and why anyone would make a radio out of ham escapes me anyway. But shortly through the conversation, the man asked us a question:

Do you guys know anything about Linux?

We just looked at each other and smiled.

Turns out the fella recently obtained a Linux Live CD and was fascinated by it. He could do so much with it...things that Windows wouldn't dream of allowing him to do. He stated that it was a huge relief not to have to worry about constant patches and updates and viruses. The fact that it took hours to install a new Windows system with all the patches was enough to make the learning curve acceptable.

One guy in a parking lot as the sun began to set on Austin Texas...he wanted to know about Linux.

There's a whole world out there waiting for some help.

And that's what we aim to do...let people know they have a choice.

Our biggest hurdle has been the fear of change. People operate within their comfort zones and it takes a lot to get them dislodged. That above most everything else, is what we've fought the whole time. The frustrating thing is that we know many of them will free themselves...but they just don't know they have a choice.

So I made a phone call.

I spoke to Dr. Daniel Robinson. Dr. Robinson is a professor at the University of Texas in Austin and he teaches what I think I need to learn. Among other things, his courses include Cognition, Human Motivation and Leaning along with a course in The Psychology of Computers in Education.

Dr. Robinson took an immediate interest in my query. He himself is well aware of FOSS and what it can bring to the learning environment. He has a deep interest in seeing FOSS play a part in dismantling the "Text Book Machine" that nearly bankrupts many students. He believes FOSS can eventually be used to present learning materials in greater percentage than the expensive text books that most professors demand of their students.

He has such an interest in my questions that he has set up a meeting next week. I am impressed with the attendees.

He has called in Dr. Paul Resta, the Director of the Learning Technology Center at UT along with Dr Ken Tothero. Ken Tothero coordinates the IDEA Studio, providers of instructional technology support services for the faculty of The University of Texas at Austin College of Education.

What we plan on discussing is how best to approach the mental inertia of the computer user. We intend to work closely with these great academic leaders in understanding what it is we have to do to reach them. I have even been invited to audit any class Dr. Robinson offers to better do what it is I believe I need to do. We are going to bring that new knowledge to bear on a full advertising campaign for Linux.

I will publish the results of that meeting as soon as I get them put together. Dr. Robinson has assured me that along with himself, he will assign two of his technical advisors to our project...people that are proficient in the use of a computer and the minds that operate them. We're looking forward to that meeting and the possible answers that come out of it.

blather and mumbling provided by Unknown at 10:30 PM

Open Source textbooks are erupting on the scene. Nice timing. Some recent resources:

A buddy of mine used to fish every season here in Massachusetts. No more though, he's succumbed to the two most dreaded conditions to affect a person: Responsibility and old age.

He was very good at catching Brook trout. The trout is the master of his kingdom, he would say. He knows every thing about it. So when he sees a worm on a hook attached to a nearly invisible line, he knows it's trouble. In fact he knows if he strikes at the worm floating in a current that should be moving it along, it would be the last strike of his beautiful life. But he really wants that juicy worm. It's just waiting to be taken.

Most people know what will happen to their computers if Microsoft owns it. But they really want that computer and all the wonderful things it can do. So they conveniently forget, hope it will be better this time and bite the hook. Microsoft helps them along by monopolistic deals with the manufactures that put their products on nearly every computer sold. And by spending billions of dollars on ad campaigns (if you add them up) to convince people that their shiny new products are much better this time and won't become the equivalent of a Petri dish for computer virii.

People may not be as smart as they should be when buying a computer but they sure have a lot of help being stupid about it.

Well, let's see what can be done so that the user is no longer treated as being stupid. Things seem to be looking up helios. Keep up the good work. :)

Great initiative! It's not easy (or fun) to ask for help.

Our community just grew a bit overall but significantly when it comes to a particular type of resource/contributor.

How many more professionals or influential people are just dying to put their talents to help solve the wonderful problems we are facing?

These contributors that come early can really help break new ground in their field.

I'd love to be at the meeting to hear what these guys have to say. Is there any chance that your buddy from DTP (Digital Tipping Point) can grab some of it? Or if someone can do a podcast, that would be great, too.

When people complain to me about winDOHs, I tell them they have an option. And when they respond with, "Oh yeah? What is it?" I say use Linux and OSS. That's all. I don't push, because first I'd like to get a sense about their computer knowledge. And almost without fail, their gaze kind of drifts off into the distance. They don't want to fix anything. They're comfortable in their misery. Maybe I'll start pushing a little harder.

It's difficult for me to contain my anger at the current situation we have with personal computing. I'm beginning to archive pages that illustrate the total absurdity and contradictions in using a Microsoft computer. Case in point: http://www.windowsbbs.com/malware-virus-removal/76905-extremely-slow-pc-malware-problem.html

The technician did a wonderful job in helping this person but the process was far more difficult than any standard Linux installation. Now, how many times must this malware eradication be performed? I don't think future generations will believe just how bad things were in this age. I have difficulty believing it myself and I live in this time. So sometimes my gentle nudge becomes a round-house punch.

I know someone who gave up using a computer because it got infected so many times that she couldn't afford to keep it. I offered to install Linux but she wouldn't have any of it because it was too different. Well if you ever get lonely for your old computer take this brick and slam it into your forehead until the loneliness goes away or you knock yourself out, whichever comes first. See? That's what I'm talking about. How do you help someone who needs your help and you can see they are in dire need of help, but they don't want your help.

It's just possible that my current methods for furthering the Linux cause are reaching the point of diminishing returns. Ken, I hope things move along well with Dr. Robinson. Carla Schroder had something to say: http://blog.linuxtoday.com/blog/2008/09/marketing-vs-re.html and Sam Varghese at ITwire had something to say back http://www.itwire.com/content/view/20711/1090/
So heat is being generated in the marketing dept. over at Linux Inc. ;-). People need to know about it, not hear about it. That will take a marketing genius or a lot of luck.

I am not so much impressed that you've maintained a blog for almost 4 years. I'm not even that impressed with some of the amazing things you've done. I can see where you yourself might be served by doing so. What I am impressed by is the intellectual firepower you are now able to bring to bear against this problem. The fact that you've so accurately defined the problem is indeed impressive. The fact that you realize you need assistance in solving it is what I am gathered by. The people you've convinced to assist you is what impresses me. You must indeed be persuasive in person as you are in print. Bravo Mr. Helios for this effort. It is far and away more than I've seen most keyboard commando's assert.