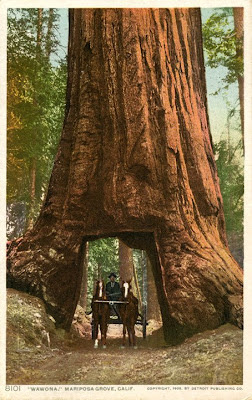 I won't even start by regaling you with tales of air travel in a post 911 world.

But kids, we are here. Felton California puts the Q in quaint. Seems to me that Rockwell missed some golden opportunities when he missed this place but then again, I'm not an expert on Norman Rockwell, so I could be wrong here. Jeez this place is gorgeous. Pictures to follow later.

So here We are. Larry Cafiero, bless his heart, put up with a handful of delayed flights, a 90 mile each way drive and my mindless banter on the way back just to see to it that I was able to attend Lindependence 2008.

So Larry drops me at my Motel, which for the weekend, I am sharing with Stephen Rufle. Now some of you may be familiar with that name...I want you to lodge it firmly somewhere in the back of your mind because you are going to see that name again...and hear it. Stephen made the drive from Phoenix for the first weekend with his teen age sons. We hit if off like we'd known each other for years. In a way, we really have but it's been an internet friendship that came to fruition at about 1 AM last night. Instead of doing the responsible thing and excusing myself for the inviting queen sized bed, I did the thing helios would do and kept the poor guy up until almost 5 AM.

Stephen is a programmer and he lives in Phoenix with his wife and kids. Stephen has contributed generously to The HeliOS Project and has been one of our strongest supporters.

He ain't no slouch when it comes to Java code either.

So at any rate, It is looking like Larry and Stephen have left to eat with the boys...bless their hearts, they let me sleep...like they were gonna be able to wake me up without some sort of law-breaking noise ordinance racket anyway. I just got an email from Christian Einfeldt who is shooting the documentary for LIN8 and he is on his way to do the interview portions of the film...this should be fun.

Man, this place is beautiful...now if someone would come rescue me from this motel room, I could join in the reindeer games too.

blather and mumbling provided by Unknown at 1:50 PM

I await those pictures with baited breath man. I have no doubt that Felton is beautiful.