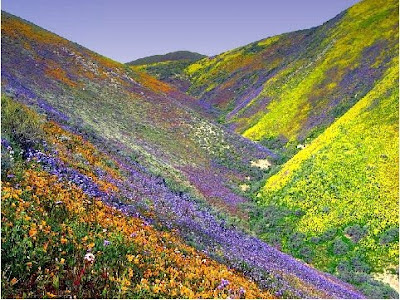 Sitting in the office of HeliOS Solutions West, the phone rings steadily with people as far away as Watsonville calling to find out the location of LINdependence 2008. What was scheduled to be a "local" installfest extraordinaire has morphed into somewhat of a regional event. Remember in the movie Jaws when Roy Scheider first saw the shark?

From the cadence of the ringing phone and the people dropping by to ask questions, I think I may echo Roy's sentiment a bit in a different way.

Truth be told, we just didn't have any idea how many people were going to show up to this first event. And we still don't really...if the phone calls are any indication of turnout we are going to have a full hall. Representatives from Fedora, Mandriva, Ubuntu, Debian will be on hand to help people with their distro. Here's the point that is really got some people upset.

Those are the only distros that we are going to present to Felton.

I've received over 20 emails in the past three days from either developers or users of specific distros who want to know if I or Larry are going to present their distros. It's amazing the level of anger and frustration they express when I tell them that I am not.

You had 4 friggin' months to get on the bus...we emailed you, we called you, we emailed you again, we posted on your forums...and the majority of you didn't have the courtesy to say no thanks or "we just don't have anyone in the area." I don't mean to sound overly harsh...it's simply a reaction to a few people who got nasty with me over this.

Now at the 11th hour you want to come play. Sorry...we just don't have the logistical capability to do it. This has been almost a year in planning and it looks like it's going to turn out better than anyone expected.

For Fedora, Mandriva, Ubuntu and Debian.

So as we set up the video equipment, servers, cameras and seating, Lindependence 2008 is on the verge of becoming a reality.

Thanks a million to those who helped make this happen. We will do our best to make sure you get the recognition you've been promised.

blather and mumbling provided by Unknown at 3:03 PM

I'm sorry there weren't more distros represented. It's not like there aren't enough to go around. My (to remain unnamed) distro is not represented and I think it would have been very popular with the new users. So it's beginning to look like a big splash. I hope it is, for the new users and the coordinators. For me Lindependence 2008 is about bringing Linux to the people, not making them seek it out. That's what this event is for, not distro cred, although it appears the participating distros are picking some up.

Some distros are not represented and they wish they were. To their developers I would say, take a good look in the mirror and ask yourself who's fault is that. You made a mistake. We all make mistakes and we always will. Please, don't compound your mistake with another one by blaming the wrong people. Notice the name of the event is Lindependence 2008. That would indicate that there will be a Lindependence 2009... and so on. Time waits for no one. Some distros were missing from this year's Lindependence because they don't exist yet, but they will. Unless the Earth stops in its orbit around the Sun, you will have another chance next year. I hope to see you then.

kozmcrae hit it on the head.

We all make mistakes.

The most important thing about a mistake is that we learn something and make a change which prevents future mistakes.

You distros which did not see the potential of this event until now, there will be no hard feelings from the Helios side of this misunderstanding.

I hope for the good of all computer users, and for your distro in particular, that you can come to say and feel the same.

Hope to see you at the next one!

I'm glad to see that things are going well. I'll be looking forward to more stories. I don't think this should end in Felton. I think there need to be more initiatives in other avenues in addition to having other towns, cities, etc... walk away from the big Redmond machine. Check your inbox when you get a chance. I have a future idea in mind....

-- We cannot force anyone to join this project; hostage-taking, last time I looked, is still against the law. We asked about 50 distros to participate -- distros we thought would be user-friendly -- and some responded with support and some just didn't respond, period. I can't fault some for being wary, but they do so at their own disadvantage, in this case.

-- Lindependence 2008 was not set up as an "annual event" so much as an event that can be done by anyone in any community. In fact, doing a Lindependence event in tandem with Software Freedom Day would be a good idea (SFD is in September, around the "birthday" of the Linux kernel). We are currently compiling a manual/wiki about how to do your own Lindependence event, and we'll be around to help.

-- We've already had how-to questions both from people in the U.S. and in Europe. So this project is moving forward.

-- Distro developers do not need to give you permission to promote their distro. It would be nice and, yes, obviously we want the lead developers to be behind this project. But we have had several users who think so much of their distro that they stood up to be counted. They volunteered on their own -- as in the case of Debian, where a local long-time user said "Can I come to represent Debian?" -- and then on the Mandriva list, a long-time user from Oakland organized their participation where there was essentially indifference from the higher-ups.

-- Having said all this -- that there are more projects coming up (there are even more meetings in Felton this month) -- I urge those who didn't get on the bus, so to speak, when it left the station to get on board now.

Thank you Larry. Your clear head and informed mind have once again helped me (and others?) to cut through the clutter.