HeliOS Rocks at Rock A Charity 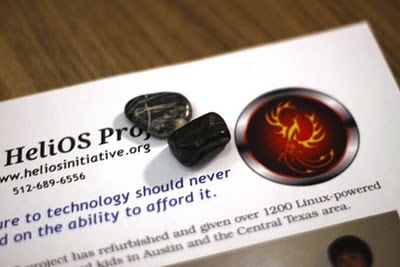 It started with an email inviting us to take part in a Facebook competition.

Now, I don't keep up with Facebook much.  I have an account that I do use to keep up with my kids and a few friends, but that's about it.

Even at that low level, I've found it to be a huge time sink.  Before I know it, I have clicked several links that further takes me down the Facebook rabbit hole....about 30 degrees separated from where I started.

What caught my eye was the fact that this contest would be used to raise funds for local non profits and charities.

OK, now they had my attention.

"The goal of RockaCharity is to raise awareness and money for local charities while also helping them perfect their elevator pitch. Guests to the event will donate a minimum of $20 for a rock. Guests will then visit three of the small meeting rooms at Link Coworking and hear pitches from three charities. In another meeting room, guests will cast their vote for whom they believe is the most deserving of their donation. At the end of the night we will announce the winner who will receive 50% of the money raised. The remaining charities will split 50%."

So I hastily set up a community page from my parent page and announced our presence in the competition and we blogged about it here.  The premise was simple.

Each contestant's page would be visited at 9 AM on Tuesday and after 48 hours, it would be visited again.  The top three pages with the most "likes" gained in that 48 hours would be invited to compete at Rock A Charity.

Needless to say, we received our invite, along with two other non profits...

Well Aware and English at Work. 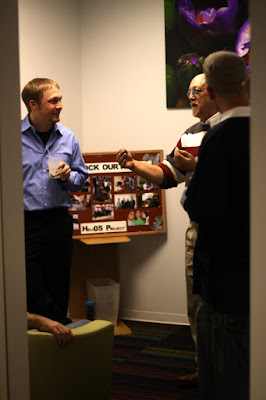 Diane and I arrived at Link Coworking at 5 PM that Friday and began setting up our display room.  It was small, measuring about 10 X 11 feet and it held 4 comfy chairs and a couple of tables.  But there were rules...

You couldn't take anything out of the room...you worked with what you had.  The previous week, we attended a meet-and-greet breakfast to introduce ourselves to the other charities and we "drew" for rooms.  While we drew the smallest room, we were just happy to have a shot.

Ron West showed up a few minutes after us, bringing with him a 23 inch wide screen monitor for the display.  Diane took care of getting things set up and organized so the room could accommodate as many people as possible while still having a decent flow and appearence.


She did a great job...had I done it, it would have been a man-cave, streaming sports on the monitor with a cooler of beer in the corner.

When the doors opened at 7 PM, Link Coworking filled quickly.  Only the first 200 people would be allowed admittance, so there was a bit of a line when the big hand crossed the 12. The idea was to give an "elevator pitch" to your audience.  Imagine trying to explain what your organization does while sharing an elevator with someone...give them the facts and doing so while maintaining their attention and not boring them into leaving the elevator short of their destination.

And really, what we do at HeliOS is perfectly suited for such a presentation...there's not a lot of fluff here.  We simply do what we do.

The evening progressed at a busy level.  We rarely found ourselves alone and between Skip Guenter, Diane and me, we took turns giving the presentation.

Did I mention it was a small room? 9 people sharing that space at once got a bit cozy. Not a claustrophobic's favored environment. 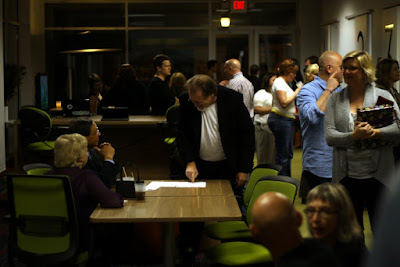 The people visiting us were an extremely eclectic group.  From foundation directors to school teachers and state employees, we were able to inform over 100 people about HeliOS.

At 9:30 PM, the "counting room" that contained the three bowls of rocks was closed and the organizers tallied the scores... 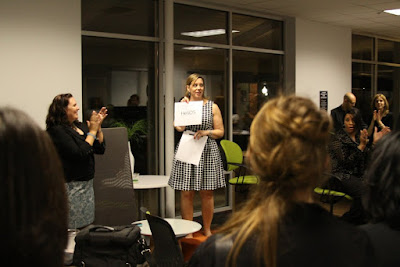 HeliOS won the competition with a total of 50 rocks, each rock representing a 20.00 donation.  We were donated $1300.00 that evening.  However, no one went home empty-handed.  While we received 50 percent of the total amount of donations, Well Aware and English at work split the other 50 percent.

I want to thank the people that took the time to "like" our Facebook page.  Some commented to me privately that they thought it was a silly way to measure an organization's worth, and maybe they are right.  Only a fraction of the votes we received were from the Austin area.  Two-thirds of our votes came from the international Free Software community.

While what we do does not impact most of these people directly, they still saw value in HeliOS and helped us get to the dance.  And that was all I had originally asked of you.  Just get us in the door and we would do the rest.  Thank you. 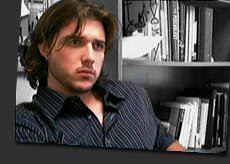 I want to also offer my sincerest and warm thanks to Brian Beck.  Brian drove over 3 hours to get here from San Angelo Texas.  Brian has been a long-time friend of HeliOS and he is a champion of Free Software and the Linux eco-system.  As an Instructional Technology Specialist at Angelo State University, he is most aware of how Free Software can impact the world of academics.

Brian also acted as our official photographer and he has provided all the pictures published here and in our albums.  Thank you Brian.


And of course, most importantly, I want to thank Liz Elam and Courtney Clark, from Link Coworking and Austininvolved.org for making this event happen.  I am more than sure a collective "whew" was uttered when the event ended.  These ladies are making possible the funding for non profits that need it most.

And as an aside, Sarah from Well Aware climbed on a plane this morning to go to Kenya and supervise the digging of another well for that drought-stricken area....while I sit here at my computer and piddle with inventories...

We will take part in the next Rock A Charity, but not as a contestant.  We will, in one form or another, help sponsor the event.

blather and mumbling provided by Unknown at 9:43 AM

That is very good, Ken!

And as an aside, Sarah from Well Aware climbed on a plane this morning to go to Kenya and supervise the digging of another well for that drought-stricken area....while I sit here at my computer and piddle with inventories...

Kudos to you and everyone that makes HeliOS work.

Congrats to you and the entire Austin area HeliOS crew.

As usual, those of us elsewhere get to sit back and watch but not join in the fun.

Congratulations on winning the competition, and bravo regarding your graciousness towards the other organizations. Keep up the amazing work!
--
a Linux Mint user since 2009 May 1

Congratulations to all. It is warming to see people coming together and creating value in their communities.

Hooray for the money! ;)

That is a fairly large margin of victory there. Did you ever see how the other charities made their pitches? Were all the attendees locals?

Congratulations Ken for getting through to the top. Educating the young is the best bet towards the future of humanity and the work that you are doing in ensuring that everyone gets a level playing field is not trivial.

Congrats Ken! It's people like you that make Linux and FOSS so valuable.

I continue to see why the nickname "Helios" makes sense for you. You're doing all sorts of hard work "shining the light" of freedom, technological freedom, and kids are benefiting hugely from this. The HeliOS Project deserves that and much more.

Have you heard of this guy (another guy who gathers and refurbishes laptops w/Ubuntu for students)?

Yes...I read about that a week or two ago and have left comments for him. He can contact us if he wants...he has our info.