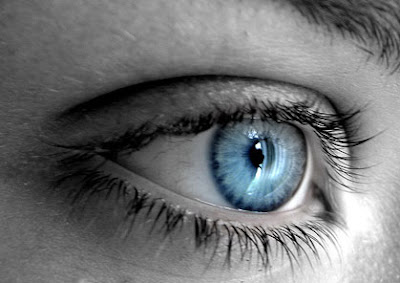 That seems to be a statement made by Captain Obvious...

and obvious it is, but it doesn't make it any less true.  Good video devices can mean the difference between a choppy, frustrating experience and a smooth, fulfilling one.

The HeliOS Project has been getting some fairly decent computers in the past year.  People are starting to let go of their hyper-thread and dual core machines more and more.  We tend to get donations within the third and fourth generation machines.  Most times these computers come with adequate video cards or chipsets...

With the upcoming release of Ubuntu 11.04 and the default Unity Desktop, compiz is going to be a requirement for full functionality within the Unity environment..  This would seem like fertile ground to argue Gnome 3 vs Unity but let's not go there.  Others have already made their arguments elsewhere...plentifully so.

Canonical has made their decision and we'll go with the flow.

Skip Guenter, our Director of Systems and Engineering has ordered three different models of video cards for HeliOS use.  We find that we have to either replace or upgrade video for about 1 out of every 3 computers we rebuild for our kids.  We've ordered one of each of the below video cards to see how they work in our systems.  Keep in mind, many of our kids are being asked to use software that requires moderate to heavy 3D capability.

In addition to your opinion about these different cards, we also want to ask that if you have Nvidia or ATI cards that you are not using, please donate them to HeliOS.  Email me directly or see our mailing address here.
We can provide you tax receipts if necessary and it would greatly reduce the money we have to spend.  We've already budgeted about half of what we were donated from Rock A Charity for video card purchase but those won't last us long.
I would personally appreciate it if you would take a look and see what you have just laying around.  If you could pass this along to your IT guys, that would be good.  We will put them to good use.
All-Righty Then

blather and mumbling provided by Unknown at 3:19 PM

I have an old ATI card Ken. I swear it burned out two power supplies. It was a wonder in its day though and if I send it your way, you too will wonder where the day went.

Why, Mr. Starks, oh why Ubuntu? You said you used Linux Mint for quite a while, and that's coming out with evermore lightweight-yet-fully-functional versions, and the upcoming release will feature GNOME 3 in a classic Linux Mint GNOME setup (i.e. no Activities, none of that other stuff, as far as I know), which certainly won't be as taxing as Compiz in Unity (although Unity will feature a 2D mode for older graphics chipsets). Why not move to Linux Mint again? (OK, maybe I am shilling a little here :P.)
--
a Linux Mint user since 2009 May 1

The GeForce 8400GS is an aging GPU, but it will run any fancy GUI on the planet right now thanks to its DX10/OGL3.0+ specs. But at 80nm, the die size is 127mm^2, making it weigh in at a hefty 40W TDP for only 43 GFLOPs - nearly a one-to-one ratio of power consumption per GFLOP! The 16:8:4 core config does not leave a lot of breathing room, either. G86 is still serviceable, but expect it to choke on high-res Celestia.

The GeForce G 210 is a bottom-feeder GPU, albeit of a much more modern generation than G86. It suffers from the same 16:8:4 core config as the 8400 GS, but GT200 derivatives are more efficient per clock. G 210 exceeds a one-to-two ratio of power consumption per GFLOP at 30.5W TDP and 68 GFLOPs. A lot of this is due to the more recent 40nm FAB'ing (and thus higher clock speed potential). DX10.1 and the latest display type support round out the features. Not an incredible leap from the 8400 GS in terms of performance (darn fillrate is still limited by that core config) but the extra features and lower power consumption make it a better deal, and it is the only true single-slot expansion card in your round-up. Then again, at those prices, is it worth the extra 17% cost with the kind of volume you do?

The GeForce GT 430 is also a budget GPU of its generation, but it was not so long ago that only gamers had this much power! GF108 cannot hold a candle to the latest gaming cards, but it can hold its own in any LAN party. 40nm, 116mm^2 die size, and a rocking 270 GFLOPs at only 49W TDP. Definitely the most power-hungry vid card you bought, but it will chew through anything you throw at it. The 96:16:4 core config is a bit odd, but the clock speeds take care of most of that nasty fillrate problem, and the DX11/OGL4.0+ support will handle any application under the sun. Very few of your kids that would need more power than this, although it would be overkill for a lot of them.


Unity does have a 2D escape clause, but I would not want to fall back to that if I could help it. Moving forward, Unity will only put more strain on the graphics experience, if only because the 3D GUI options in Unity will end up being so darn cool and useful! ;) And I highly doubt that Gnome or KDE will stop moving forward, either. Right now, DX9c/OGL2.0 GPUs are still the cat's meow in Linux & Compiz, but Unity and Wayland are already putting new writing on the wall. I suggest you draw a line at DX10/OGL3.0+ right now for your kids (if you can help it) because those are the GPUs that will stand the test of time. DX10/OGL3.0+ are so much more capable and simple, and driver support over the next 2 years will favor the unified shader more than caps bits. Not that you should refuse donations of other GPUs, of course! Just that you should favor the newer ones, such as when you buy them.

Also, is there any reason that none of the 3 you are testing are Radeons? Not trying to start another battle! I was just wondering...

In the end, far too many people ignore the GPU, thinking that only gamers need a dedicated expansion card for graphics. But for a standard graphics experience in any modern OS, I would rather have a dual-core CPU with a mid-range vid card than a quad-core with integrated graphics! (Ok, so Sandy Bridge's HD 2000 is adequate for a fancy GUI, but how many of you have one of those in your box?)

Our use of Ubuntu is based on one thing. We can use UCK to quickly customize the iso for our needs. We've tried Remastersys and other tools to do this with Mint but it always throws so many errors that it's like untangling a ball of fishing line.

We have over 800 of our computers running Mint but we are at the point were we need to be able to create custom iso's on the fly for special need kids and Ubuntu/UCK make it a no-brainer and is fairly fast. The last time I attempted to create a custom Mint iso, it failed and I just don't have the time to debug it.

although Unity will feature a 2D mode for older graphics chipsets

If I read the blog right, the idea was to give the HeliOS kids the computers that can run in decent 3D.

I read it a while back and I think it was here when someone said that sure, you can make an old computer work, but in today's academic environment, you won't be able to make it useful.

I think it was on this blog, I could be wrong but it makes sense to me.

I would stay away from ATi if I were you. And this is a honest recommendation based upon recent experience. I bought an ATi HD4850 about a year ago and the drivers for Linux has during this time stayed of poor quality. Everything from horrible performance compared to Windows and X.org crashes.

Meanwhile I recently bought an Nvidia GeForce 240GT for a new computer and everything has been working without the single issue. Now admittedly I've only been using it every day for one week straight but it's much more pleasant this far.

Gavin, Good summary! One other thing to factor in here... as of right now I've not found any bulk price options EXCEPT on the 8400GS. I can get those down to @ $25 shipped with purchase of 5 of 'em.

While I may agree with you, we're not here to weigh the pro's and con's of one distro or another. The issue isn't whether one does the prop apps and one doesn't...we're getting professional and user opinions on the best vid cards for Linux.

Sorry to exercise my tin star dictatorship, but we don't do distro wars here and I'm afraid further comments on one over another would start just that.

Fair enough. I have seen that the Linux Mint developers customize Ubuntu (and now Debian) enough that things like UCK and Remastersys don't work properly.
Speaking of which, I'm trying to use UCK to customize an Ubuntu installation (I'm customizing Kubuntu with Trinity 3.5.12 to include nicer icon sets and themes, because I'm not a huge fan of the (IMO) dated Plastik/Crystal themes) as well, but although I've seen multiple tutorials on how to add new packages to the respin, I haven't seen a single one explaining how user-installed themes and stuff will carry over into the respin; plus, I've seen screenshots of your respin and its customized icon and window themes. I'd appreciate any help in this regard. Thanks!
--
a Linux Mint user since 2009 May 1

I think you can quit looking...we've ran into the same thing. The best we can do is load the deb or tar.gz files into the image and execute them after install. I don't even do that anymore, I just carry the files with me via thumb drive and execute them post-install. It takes about 45 seconds to get the themes and icons we want so I don't consider that a big deal.

I've sent you an email detailing the two cards I think you'll be able to make use of. It's not much, but it's something.

Got it...just answereed. Thanks a bunch.