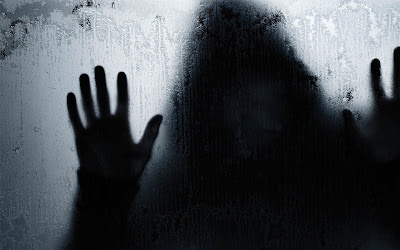 It's the most unsettling memory of my childhood.

Watching my father physically drag my mom out of bed, her body thumping onto the floor, and him throwing clothes at her while screaming. Every few words, he would hurl an item of clothing at her.

For Christ's sake Lois, get out of the *** ****** bed and take care of this ******* house. He stood over her, glaring while my mother curled into a fetal position and sobbed. He turned around and saw me in my doorway across from their bedroom. Fear raced to the pit of my stomach and ballooned out from there. I quickly pulled my arms around myself in a protective posture and dropped my gaze to the floor. The hard slap to the side of my head never came.

He didn't say a word to me. He left the bedroom, slamming the door behind him and stomped down the stairs and out the kitchen door. The glass in that outer kitchen door shattered violently as he slammed it for punctuation. I waited to even move an inch until I heard the engine of his old truck fire to life. I slowly lowered my cramped arms when I heard the sound of tires on gravel as he left our driveway onto the main road.

Only when I turned to go back into my bedroom, did I realize I had urinated in my pajamas.

This memory played and replayed over and over and over...while I laid in my bed for the 6th day in a row...only leaving it for the 10 steps or so it took to get to the toilet. I had thought about bringing in a plastic milk jug to urinate into so I would not have to leave the bedroom. I would cringe and pull the comforter over my head if someone rang the door bell or knocked at the door. Many years later, my mom explained it to me as being lost in desolation and never having even one tiny hope of getting out. Diane knew not to bother me, unless she needed help doing anything, but when she truly needed me, I was there...she knew not to bother me with anything trivial. I just wouldn't respond.

I had long since turned my phone off. I had not set myself at my computer for over a week. And then it was only to answer the most important of friends and family. It had been over a week since I had properly bathed. My beard had gone wild in the two weeks before this. I know what what the problem was. And I knew it was something that wouldn't get better until I decided to do something about it. Diane made an appointment with my GP. The psychologist who had diagnosed me as bipolar was full of crap. My reluctance to see him again was substantiated by my medications not really doing anything to help me. Come to find out, they had probably heightened my condition. 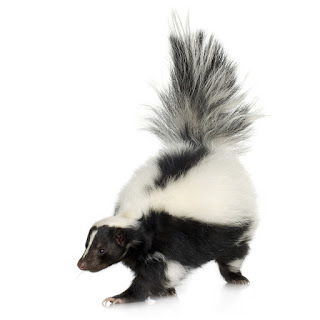 senses and I sat on the edge of my bed rocking back and forth...terrified of the idea of leaving my home. The act of even navigating my way to Georgetown seemed insurmountable. With Diane's coaxing and support, I opened the door with car keys in hand and I set myself on autopilot, not wanting to think about the stack of things I would have to do, in order to make this trip. That included the most terrifying thing.


My hands trembled on the steering wheel as I backed our car out of the garage, taking much more time than necessary to insure the roadway behind me was clear. It felt like I had never drove in my life. After three hours and four doctors, I set off on my trip home. Armed with a hand full of doctor's prescriptions, I made my way to the pharmacy on the way. Every doctor who examined me that day, assured me that the chemical cocktail of pills would have me back to normal in no time.

Well, it's no time and what in the hell did they know about "normal"? And while I am beginning to feel better, I know the task ahead of me will be worse than anything I will have to face otherwise. I have to tell you that I'm sorry for just dropping out of sight. There are some of you that I've failed in the past few weeks. I've failed you greatly, friends and family both; and while telling you how sorry I am to have failed you, it doesn't seem like nearly the amount of recompense due to you. Some of you counted on me heavily and many of you will say that just an email explaining my circumstance would have been nice.

I'm sure it would have. It's due to one of those emails that I am writing this. You have no idea of how much your words hurt me.

If I had not been frightened out of my own wits to even answer the door or answer the phone. If it didn't frighten me to go creeping out of the bedroom at 3 in the morning to take a bowl of cereal back with me. Or just by the act of turning on my computer. Never in any of my day's past would I have thought a day would come when I would be frightened by the act of  turning on my computer. My computer is the Third Hemisphere of my brain...and I've only turned it one twice in a week.

So while my doctors figure out the right ratios of the right medications it will take to make me "better", I will ask of you some tolerance. Especially from my family. Just as my father couldn't understand why my mom could not bring herself to get out of bed for days, I get the feeling that some of the closest of my family might fail to understand what is happening to me. I didn't do this to myself. And while I may deserve the cancer that attacked my body...this mental aberration was a sucker punch to the side of my head. The only thing I can say is to be aware. It appears that someone pee'd in our gene pool kids, so forewarned is forearmed.

My most sincere thanks go out to Pete Salas and our great volunteer James Lantzch for keeping the fires burning and and the wolf from the door. I would be facing insurmountable tasks without these two guys keeping the Good Ship Reglue afloat.

Of course, my deepest thanks goes to my partner Diane. For her understanding. For her love. For her care.

I'm back to work tomorrow. There are over 300 emails I have to answer and over a dozen phone messages, and I've lost count of the text messages that have yet to be answered.

So for those I've failed in the past few weeks, I'm sorry. Some of you will understand, but many of you won't. You won't understand the total fear that clutches at your guts when someone rings the doorbell...or calls your phone. The best way I can address those people is to wish this black blanket of terror upon you. But I cannot do that. Anymore than I can wish upon you the plague or leprosy.

And if I don't answer your email for the next few days, all I can do is to ask you to understand. Hopefully, those most important to me will be able to do so.

blather and mumbling provided by Unknown at 3:52 PM

Dang, Ken. Get better and don't worry about us. Put your life in order first. We'll still be here.

Many of us know, all too well, about what you have been experiencing. It is great that you have the support of Diane and others who care about you.

I am truly sorry to hear about this. The blackest place I have ever been was run-of-the-mill depression, and it's a walk in the park compared to what you are going through.

The good news is that it's genetic, so there is a change the gene alteration that is causing this will be identified, and that it will lead to a cure.

Also, you are aware of the artificial, biochemical cause of this. That is already a huge step above a lot of mentally afflicted patients.

You overcame your cancer. You overcame poverty, tragedy, disasters, thefts. You will overcome this. You are that kind of guy. I know you can.

My prayers and thoughts.

Get well soon so you can continue channeling that negative energy from the horrible ugliness and trauma you experienced in childhood into positive experiences for children. All the best.

I have lived with depression for years. I would not wish it on anyone. The medications will help, and be prepared to find patience. This can be controlled. I am sorry you are having to deal with this. But, I promise you, you can and will feel better.
Paul Sams

I feel for you, Ken, I've experienced one or two depression-related illnesses in people close to me so I've some small idea of where you've been. Depression is one of those things that can lose friends when they just don't get it, but the ones who matter usually stay.

Thanks for the update, I don't think you're letting anyone down, and I hope 'we' never let you down - I hope and pray you and the docs can find the right balance, and in the mean time, just do what you can, and to Redmond with the rest. :o)

I've never been in that black hole Ken but I know people who have. I can't say I understand because I can't image the depths of despair that come over one when the 'Black Dogs' come calling. But I can understand the great strength of character it takes to come out of that hole and say f**k the meds., they don't help. And sod the people who are 'relying' on you, you have given, over the years, ten times what most people do. Sometimes folks have to realise they can go it alone with you being there all the time.
All the very best Ken
Charlie,UK