"It will not always be summer; build barns". - Hesiod 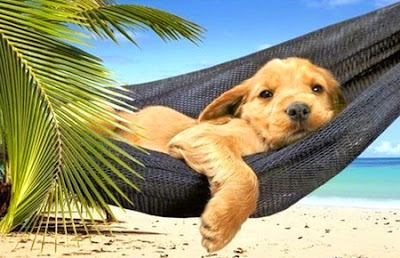 Summer is a quiet time for Reglue. Usually. Kids are out of school and they have other things to think about. Things other than what they might be needing for the next year's school year.

But this summer was different, much different. Last year during the month of May, local activities included little league baseball, camping and hiking. A lot of Taylor kids sign up for the annual home improvement campaign, funded by private business, along with Taylor and Williamson county. This event allows Taylor youth to team up and improve the homes of our elderly or disabled. These are good kids, these Taylor Ducks. They take pride in their community and driving around for just a short time on a summer's day will bear that out.

But not this summer.

Instead of seeing kids running through sprinklers in their front yards, you saw those same kids, along with their parents and family, digging through tons of snake, spider and disease-infested debris...trying to salvage anything from their destroyed lives. Highly venomous and aggressive water moccasins were a constant threat during flood clean up and recovery all over Central Texas.

My buddy Ray, volunteered a lot this summer, helping people regain some sense of order and familiarity in their lives. He carried a 41 magnum pistol on his hip while doing it. But instead of the standard hollow point round he preferred, he bought rat shot for his 41 mag. Pistol-shooting a disturbed and pissed off snake when your adrenalin is flowing at light speed can be tricky business. Using your pistol as a mini shotgun equalizes that.

The Central Texas Flood of the Century brutally ripped and  tore entire homes from their foundations, cars from the roads and, in more than one horrible nightmare; infant children were torn from their mother's arms. Two of those children have not yet been found. 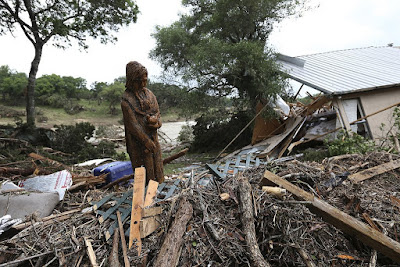 Like so many other Texas towns, Taylor was just trying to survive the aftermath
of this flood. But like so many American communities, they wiped their tears, salvaged what they could, and set their jaw to helping their neighbors rebuild their lives. But unlike other natural disasters, FEMA was rarely seen during this disaster, at least by me and I was often on site, helping and talking to people displaced by the flood. Many of the people I spoke with said that they gave out a stack of $1300.00 checks to those who "qualified" and then left town without another word. Families that thought they would receive help with food and temporary shelter found themselves clutching $1,300,00 check and nothing else. That may have been untrue elsewhere but it is what people from Taylor reported to me. That relief money was mostly used for microwave meals eaten during a couple of weeks in a motel and an unsure future. To their credit, the local Walmart and HEB supermarket went out of their way to put together food, clothing and other merchandise to help their community.

Reglue did what we could this summer, to seek out and find people stuck in this limbo. We didn't have to look far. The city of Taylor and Williamson County sprung into action as well and found the money to begin rebuilding these people's lives.

Reglue gathered clothes, appliances and what ever else we could collect to help some of these folks in need. We used our facility as a gathering point for those donations of food, clothing and appliances. Some of our volunteers manned the office for 12 hour days, in order to insure folks had every opportunity to benefit from our resource. However, to put it into perspective, Reglue's efforts didn't amount to even 2% of the overall resources available for these displaced people.
Once the waters receded, so to speak; we were able to find school kids who had lost everything, to include their computers.

I spent an entire Saturday, standing outside of our local supermarket (HEB) and handed out business cards, explaining what we do. The results of that Saturday yielded way more inquiries than I had expected. Fortunately, we were able to find an extraordinary deal on some Dell Latitude E5500 laptops and readied them for deployment. We paid $200.00 for all 9 of them. They already had 3-4 gigs of RAM so all we had to do was install our version of Mint KDE and they were ready to go.

We did much of this in a borrowed vehicle because our old Ford Explorer has a slipping transmission. I'll get the old girl into the shop next week and see what we can do.

Special thanks to Ed Tittel for the donation of a fantastic Acer quad core with 8GB or RAM. That laptop went to a young lady who entered her graduate studies at Texas State University this school year. It was exactly the system and specs she needed for her coursework. We had been holding back that machine and three others with similar specifications just for accelerated study needs such as Stephanie's. 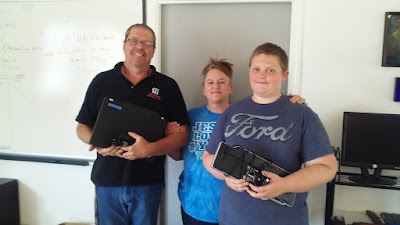 Eric and Deanne Anderson with their son Eric Reed, were one of the families devastated by this flooding. Once they had solid ground under their feet, they began putting their financial lives back together. Eric Sr. is a self employed auto mechanic and while he was able to save tens of thousands of dollars of tools and diagnostic equipment, his laptop dedicated to his business was completely ruined, as was the family computer. Reglue was more than happy to not only give Eric Jr. one of these great laptops, we were also able to help Dad set up his Dell so he could get back to work. Once they find permanent housing, we will set them up with a nicely rebuilt dual core Acer desktop. While Eric's automotive software did not work in Linux, we were able to obtain a Windows 7 license and install his mechanics software via VirtualBox. It worked great.

This is, without a doubt; one of the most satisfying installations we've done in a while. It was an honor to help these folks. But that was only the beginning of a two week run that resulted in 7 more computers being placed.

Diane and I live in an extremely nice 55 and older community. Before we moved here, I used to brag that I could get to the shop in three minutes. One of the downsides of moving here is the loss of that bragging right. Now it takes me an entire 7 minutes. Oh, the sacrifices we make.....

One of the reasons I like it here is because Diane isn't so isolated from other women of her age and interests. One of Diane's favorite visitors is Betty Hargrove. Diane and Betty are continuously swapping recipes, war stories and comfortable hours together. 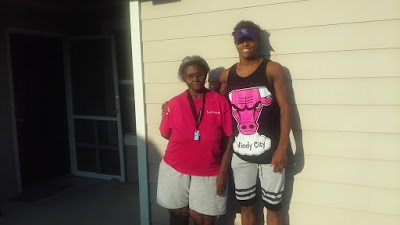 After one such visit, Diane made it a point to mention that one of Betty's
grandsons would be entering his freshman year of college at Stephen F. Austin on a track and field scholarship this fall. While Isaiah's scholarship was just at 80%, he still needed things. One of those things was a laptop. Betty didn't know what I did within Reglue, up until then anyway. Diane insured her friend that she could scratch a new laptop from her worry list.

I pulled down one of those Dell Latitude E5500 laptops, opened it up, cleaned it, replaced the worthless Broadcom wireless radio with something more open source friendly, replaced the backlight inverter and screen, re-seated the processor with new paste and bumped it to 8 gigs of RAM. I got an email from him yesterday, thanking us for the great new laptop he now had.

I can't verbalize the feeling I get when we are able to help kids like Eric and Isaiah. Simply saying "It's what we do" sounds trite and to some, that may ring as false humility, but I can't think of a better way to express or phrase it. A lot of you thank us for doing this work but really..? It's you folks that keep us going financially and personally. Without you, well...without you none of this would have happened, nor would it happen in the future.

blather and mumbling provided by Unknown at 11:09 PM