When a Community Bands Together

Aramondo Salas is a busy high school student. He will enter his junior year at Taylor High School in Taylor Texas this coming school year. Armondo is much like his peers. He enjoys contemporary music and movies. He thoroughly enjoys helping his dad when he is working on computers and he has a passion for metal paint and design. He's also a big fan of Linux.

The economy hasn't always been kind to Taylor. Taylor Texas was built upon the railroad and at one time was prosperous in the transportation of cattle and cotton. In 1890 those were the area's number one and number two crop. The township of Taylor and the various railroad lines and companies always found a way to play off of one another so as to stay in business. When things would begin to look bleak for one or the other, this odd collusion found a way to get both back on their feet.

That loose cooperation failed sometime in the mid 1970s. With railroad lines and physical properties changing ownership too quickly to keep up with, the once resilient duo of township and railroad began to sink past the other's ability to pull them back up. Taylor sits 16 miles due east of Round Rock, which is the world headquarters of Dell. It's too far away to be considered a convenient bedroom community and too far away from everyone else to draw any considerable trade or commerce. Hence, Taylor has survived by drawing small business and even the movie industry to our little town.

So you didn't come here for a local Texas history lesson. I wanted you to understand that the unemployment rate here is almost 3 percent higher than the national average. Reglue has more work to do than we can sometimes handle. Taylor is also still recovering from the horrendous Memorial Day flooding that slammed into Texas. Armondo's home is in the middle of flood damage repair along with a new roof. They are staying at a local hotel until the home is habitable again. We finally worked it out to do the next few presentations at our facility. The damage to Taylor homes was extensive. 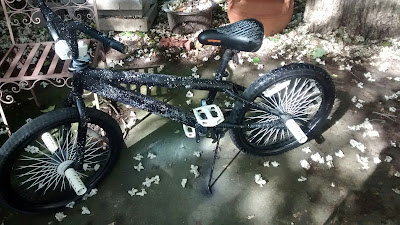 I made mention of Armondo's talent for metal work and painting. He has not only the talent to keep a steady hand on the gun. His patterns and portfolio are impressive, especially for someone not yet out of high school. "Mondo" doesn't have the means or the money to create his paint mixture formulas from expensive proprietary software. He was eager to show me how he can use Open Source Software GIMP to do what he needs to do. It was an absolute pleasure to sit next to him and watch his enthusiasm as he pointed out the methods he uses to get the mixes for his paint just right.

And he has no shortage of friends in Taylor to bring him work. Everything from tricked out bikes, to motorcycle fuel tanks to entire cars, Mondo is perfecting his talents to take him into the job market. It was our pleasure to outfit him with a computer more than suitable for his needs.

But about those computers.....

Most of our readers know that our organization, Reglue; was globally recognized at MIT by the Free Software Foundation this year for the work we do. I was honored to attend the ceremony during LibrePlanet 2015. You also know of the challenges we face daily in getting enough good hardware to build our Reglue kids their computers. A while back, we were notified that one of our most reliable sources for excellent computer hardware would no longer be supplying those much-needed parts and machines. The underlying reasons for this change chapped my southern nether-regions enough to talk about it over at Fossforce.com.

It was from that article that Jason Spisak heard of our situation.

Jason has a career in movies, television and the gaming industry, supplying voice talent for those mediums. Although Jason has a successful career in Hollywood, his true passion is using perfectly good computer components and combining those parts with his environmentally-friendly plastic cases and the Ubuntu operating system in order to produce an amazingly functional computer. They are half the weight of anything close to having the same components and they perform fantastically.


Jason contacted me via friend and cohort Christine Hall, and told me that he wanted to help. After reading the completely bull ridiculous reason for one of our donors to cease business with us, he offered to donate 12 of his SymplePCs to Reglue. His offer was as generous as it was timely. Jason doesn't screw around. In less than a week, those computers were being offloaded at the Reglue facility and brought in for unpacking and prep.

Well, "prep" isn't much with these computers. We add our educational application and game bundle and out the door they go. Or stay in, depending on whether the student rather pick up the machine or have us deliver and set it up in their home.

Christine at FOSS Force carried a number of articles about Jason and Symple in a fairly short amount of time, so she needed to wait a bit for the next one. It's then that I will interview Jason about the inside story of how Symple came to be and what it entailed in making it happen. It's my understanding that Jason supports this entire operation from his pocket. That in itself is amazing.

So yeah. When a community bands together, we can accomplish amazing things. Like a global effort to create free and open source software. Like working together from over a thousand miles apart, insuring 12 more kids will have the computer they need to compete for grades and SAT placements. In short, we are helping jump start a child's future. All of us. From Phoenix, where Jason and his family live to Taylor Texas...our humble facility. We are a community. In short, a community that gets stuff done. 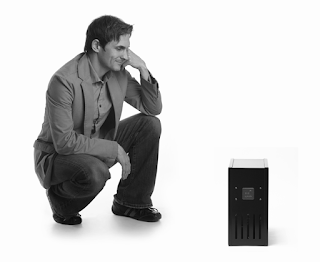 One thing of importance I have learned over the years, I'll share with you. When you find someone like Jason with that much conviction, motive and momentum; it's extremely unwise to step in front of them. That's not difficult to understand. Fact is...

blather and mumbling provided by Unknown at 12:37 AM

This is sweet! I need to look into these Symple computers...

OMG! Jason Spisak was Vulpes Inculta from Fallout New Vegas! That was easily one of my favorite NPCs from NV. Walking into Niption, finding Caesar's Legionaries crawling all over, and you expect a fight! Instead, you encounter Vulpes Inculta. And he chills you to the bone...