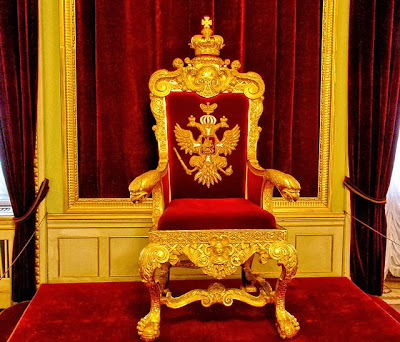 I'm trying to remember when it was...

last year maybe?  No, longer ago than that.  I hadn't gotten sick yet, so it had to be closer to two years ago.

In all, it's really not important when.

It's the "what" that needs to be addressed.  At least in my mind.

I was privy to an exchange in a distro forum between the powers that be.  A certain conversation caught my attention because it discussed something of interest to me personally...

They were discussing some UI changes to Nautilus.

I wanted to see how it played out in the thread before I interjected my two cents.  Lots of times, things like this get sorted out and the less people involved, the better.

The issue was improving Nautilus by bringing back the ability of adding color and texture to the background.  For as long as I can remember, Gnome/Nautilus users have been able to set a background in this file manager.

Something other than the normal white background.  Often it's simply a matter of aesthetics...other times it can be an issue of medical or physical need.

Because radiation and/or chemo therapy messed up my eyesight, I have a hard time focusing on a stark white background.  Sometimes, when the ambient lighting is less than the light of the monitor, I have to wear dark glasses in order to make sense of what is on the screen.  If it's too bright or "noisy", then I have to change contrast and even sometimes, not focus on the screen for a few seconds in order to unscramble things.

It's a problem dealing with refraction, reflection and noise in the sight field.

So yeah, any surface I can change that lessens the light and perceived noise of the background field is helpful.  That's why I took an interest in this ongoing thread.

Unfortunately, the conversation took a Thelma and Louise turn.

The UI development member of the team announced that all discussion for this topic was closed.  If people wanted alternative backgrounds in the file manager, they could obtain it from a particular theme.....

With the complete mess that is Gnome/shell theming, good luck with that.

Car flies off a cliff.

There would be no more discussion of this topic in the thread.  Have a nice day...now go away.

For the past several years, this itself has been a reoccurring theme in the Linuxshpere.

Developers, whether they are on a small team, or working on large projects like Gnome...sometimes they just can't be bothered.

"But, but...that feature was in Nautilus before.  And so was mouse-over previews. why can't we have those things back?"

"I am altering the deal. Pray I don't alter it any further."

This has been covered and discussed since KDE decided on their massive UI change. Many users feel they are in a buffet line.  Take as much as you like, but don't ask for anything not on the menu.  Be happy with what's in front of you.

That's like asking a mechanic to give themselves a facelift or remove their own appendix.  If we don't possess the ability to make changes like this, we are left with asking for help.  Summarily dismissing a user out of hand is just bad business. 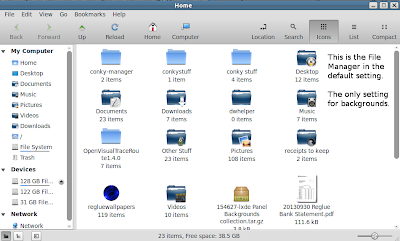 But summarily executing a proposal in public isn't winning you any new users.  Had I not known that the original creator of this distro would indeed affect this change on his own...

Myself and my donation budget for the year would have walked away and probably not returned.  I might have even used my blog as a bully pulpit, heaping piles of molten slag upon the project.

"Any publicity is good publicity" isn't always the case.

Distro developers have to walk a thin line dealing with their dev team and their users.  Sometimes it's in the best interest of the main developer to pull some dev team members to the side and discuss civil discourse.

I am fairly sure in this case that the UI developer probably meant that his workload was already crazy.  Asking for other features just added another brick to his load.  He may have just been feeling the pressure of getting his job done.

Forums are a public place, where we come to find answers or just hang out and spend time with people we like, admire or trust.  Had I been a new user, perusing the forums to scout a new distro, that statement would have resulted in me walking away and probably never returning.

With doors slammed in a user's face when asking for a feature...that is the probable outcome.

blather and mumbling provided by Unknown at 10:42 AM

Sh*t, I did that, recently.

Gotta agree with the whole 'dont like it change it' thing,
have they ever tried removing pulse audio from a Gnome based install ?
good to luck those who attempt to change it.

I must say al of this reminds me of the x chat feature in Mint. I was just observing the threads and was impressed with all the help new users and experienced alike were receiving.

Alas, Nautilus is part of GNOME, whose developers think that configurability and user choice are bugs. In their minds, if GNOME is the same everywhere, it will have brand recognition and people will clamor to have it.

I've just read that SolusOS has been sidelined by Ikey Doherty, on the basis that he can't get the manpower he needs to continue development.

Ken, given your whole-hearted support of SolusOS, and your adoption of it for Reglue, what are your thoughts?

Where to now for Reglue?

Does this have anything to do with SolusOS being discontinued? I know you were very high on that distro.

Also, sorry to hear about your eyesight. I hope it can improve.

It's been a common belief that I might have been inside enough to know this was coming. I am just as surprised and shocked as anyone. Fact is, I shared my thoughts with everyone on a guest article on Foss Force:

Fortunately, the delay in Solus, getting an educational Linux system ready had already been started. We are using about equal parts of Zorin 6.4 Educational version and a respin of the LTS Mint Cinnamon. Our goal though is to settle on one distro, and a distro that isn't a one man show. Mint will be the exception here. Clem now makes his living from developing and supporting Mint. With the following Mint has, we expect it to be around for a long time. Zorin, we are still debating.

@ unknown. As I am answering these on my Android, please see my response above. I hate prolonged typing on this small keyboard. If the above answser didn't help, let me know.

The poor eyesight is a by-product of the chemo therapy that saved my life. I simply regard it as the cost of admission to the rest of my life. Thank you for your concern.