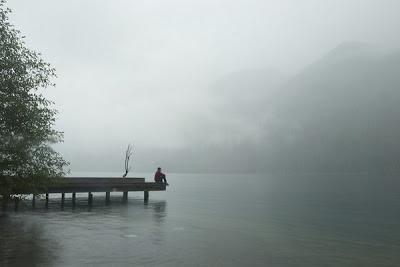 I don't know if I am able to share or convey this correctly.  In all it sounds a bit silly saying it aloud, but still; it's a powerful feeling...

And comforting....like a warm blanket being tucked around you on a cold winter night.

I am sitting behind my desk at the Reglue shop, taking care of some administrative stuff, getting some bills paid...just the normal day-to-day things that many of us do in our daily work life.

Out of nowhere came this crescendo of peace...a wave of harmony that can only be profoundly experienced in a few ways.  I felt it each time I held my newborn children for the first time.  I felt it when the pilot finally announced that we were no longer in the vicinity of enemy air space.....

and I felt it today.

I didn't recognize the source at first.  I closed my eyes and enjoyed it for what it was.  It didn't take long though.  It came to me with a clarity that was surprising.

It felt like...like everything was in complete balance and perfectly in tune.

Like when the sun shines on you and it feels good to be alive.

I told you it sounded silly. I suppose it's one of those "You Had To Be There" moments.

So that led me to ponder...to reflect on this quiet revelation.  It's administrative work that I've done in one manner or another for most of my adult life.  But still, I couldn't think of any reason to feel this sort of emotional caress.  The thought came to me instantly.

As in Physically able... as in not restricted by physical constraints.  So the conversation between Someone and Myself might be short-lived:

Myself - "I do what I am supposed to be doing."

I am fully back to work now.  After just over a year of cancer treatments and recuperating from those treatments...I didn't know how much I missed doing my job.

No, not my job...that's not right.  Telling myself that this is "my calling" sounds pretentious, pompous and arrogant.  It's just what I am supposed to be doing. 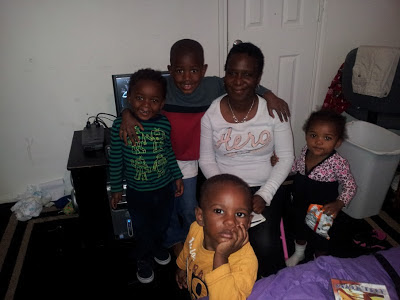 Of course, when I have experiences with people like Misha Washington and her kids, it starts to make
sense.

Misha is the mother of 4 beautiful children.  She works a full time job and a part time job to pay the bills and put food on the table.  She refuses local, state or federal aid even when it's offered.  She passes on that lesson of self-supporting behavior to her kids and practices what she preaches as well.

But like so many people in her position, she makes enough money to pay the rent, the utilities and put food on the table.  There is rarely enough money left over to buy much of anything else.  I asked Misha, as part of the qualification process, if she knew that she was eligible for different levels of aid.  She looked at me without blinking:

"That's for people that need it.  Eligible doesn't mean deserving."

The oldest boy is Anthony (pictured above hugging his mom and sister).  He is sharp enough to cut your finger on and considers himself the man of the house.  Misha was amazed at how well Anthony worked and played on her sister's computer and told Anthony that some day she would buy him one.

Truthfully, she had no idea when "some day" might be.

We heard of Misha and her kids via another family we had given a computer in the same apartment complex.  I called her later that day and talked to her a while on the phone, trying to get some idea of their financial situation.  A bit of checking was all it took to qualify Misha and her kids for a Reglue computer.

So yeah. I've seen kids as young as Anthony (age 6) be able to use the computer after some teaching, but I wasn't prepared to be jostled out of the way so quickly.  Anthony navigated the Zorin gnomenu with confidence and chose to play Tux Math when he found it.  His siblings looked on as he skillfully shot down the math problems one by one.

Misha Washington is extremely proud of her son.  She is hoping that Anthony will be the first one in her family to attend college.  I hope that we may have contributed to that possibility in some small way.

129 families like Misha Washington are scheduled for Reglue visits this year.  I've gotten a slow start to 2013 but our goal is to provide 150 Linux-powered computers to these families.  As long as I keep feeling as good as I do, I am looking forward to the challenge.

And there will be other challenges as well.  Although we've obtained our own non profit status, we are still months away from any possible grant money.  Because I was sick for much of the past year, I just wasn't able to do the fund raising we need.  It is becoming more difficult daily to find the discretionary kind of funding we need to support ourselves, so we will need to ask the community to help us out through this year.  As always your donations are tax deductible and appreciated more than you know.  If you prefer a Paypal option, contact me - helios at fixedbylinux dott kommm.

Now for the fun part.  I get to give a kid a computer in about 45 minutes and on Wednesday we will install a 6 seat computer lab in an area where few if any people can afford a computer.

I will be doing the things I am supposed to be doing.

blather and mumbling provided by Unknown at 11:53 AM

Keep up the good work, Ken. God will always bless your body and soul.

I'm glad I've been able to be a part of this. Hope you keep on keepin' on.