Microsoft XP'ed the Bed with Windows 8 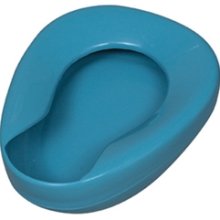 I used it long enough to know that if I tried to use it any longer, I was going to start breaking things.

And while I could give an integer less than 2 in hoots about Microsoft products, my job does entail knowing about what is available in the world of Operating Systems.  Some of the Reglue computers we provide need MS Software from time to time.


It's a good idea to know what you are doing so you can show others how to do it.

That's just how we roll.

So, with several licenses of Windows 7 available to us, I gleefully boogered the drive housing Windows 8 and returned it to meaningful use.

But I got to thinking.

Microsoft found themselves in a bit of a quandary when their (at the time) lastest and bestest offering hit the floor with a thud. 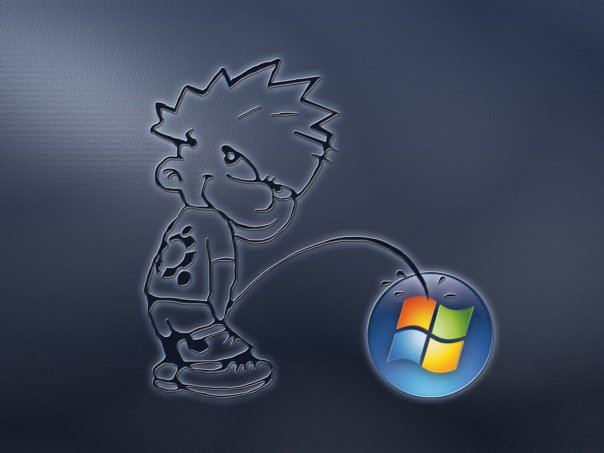 In a word or two, it sucked, as documented well in The History of the Interwebs.

So in 2008, in a surprising turn around, Microsoft gave the go ahead for OEM's to resume installing Windows XP SP3 on computers rolling off the assembly line.

And I think they will end up doing the same thing with Windows 8.

Windows 7 has been well-received.  Of course it was, it fixed a problem.

So I'm seeing a pattern here.  From what I am reading, uptake of Windows 8 is not good, but folks seem fairly content with Windows 7 and it's supported for many years to come. I am guessing Microsoft will eventually give the go-ahead to allow Windows 7 to resume production on new machines.

But friends with opinions I trust disagree with me.

They believe, as is probably true, that Microsoft is trying to capture the whole enchilada by  introducing an interface that will meld all things computer in our lives.  From thingypads to mobile phones to our desktops, Microsoft believes that if they unify the user experience, then they can be reborn as The Next Great Thing in computing.

They want to recreate their success of the 90's.

Personally, with the dinosaurs they have at the helm of The Good Ship Redmond, I don't see that happening.  Bill Gates killed the pad device idea years before Apple even thought of it.  Why?

Well guess what.  Now Windows doesn't look like Windows and people are not happy about it.  From Aunt Tilly to the Boardroom at MegaCorp, the opinion of Windows 8 isn't very good.

This time, Microsoft might hold the line.  Some of my peers believe that MS will take the short-term hit in order to gain long-term dominance.  They will not capitulate to public opinion and forge ahead with their New Vision in computing.

I think Microsoft might be needing to change the bed sheets.

blather and mumbling provided by Unknown at 8:37 AM

Oprah seems to like it on the Surface tablet. ;)

Ah, I wish M$ would die off with Windows 8, but sadly I don't think it's happening. At best, you're right and they'll need to make another Windows 7 to fix the bug that is 8. At worst, 8 will be a great success. I do know some people who really like it.

It's pretty clear that Microsoft just doesn't know how to operate in a market where it doesn't already have majority market share. Windows phones were rejected by consumers for many years because no one wanted a phone with a start menu. Now they've swung wildly in the other direction and have produced a desktop nobody wants because it doesn't have a start menu. Our non-friends in Redmond are so desperate to claw back the consumer market from Google and Apple that they are willing to set fire to their own ecosystem. Clearly they believe they have enough of a lead in the enterprise space that they can make up whatever ground they lose during this cycle. We will see whether that happens ... even the business world is finally starting to wake up to what we've known for decades: that "network computing" was a good idea after all and the conventional desktop needs to die, die, die.

There is a real problem for Microsoft. The audience for Windows (or any other operating system) is limited.

99% of people buy a computer with a factory preinstalled operating system, never change hardware, never change the operating system for a newer version. Three/four/five years down the line they throw away the computer and buy another.[Same model as a contract smart phone.] Two or three sales per decade, tops.

Servers can pretty much be ignored unless you think about mail servers or Windows-specific application servers: everything else in the world is already on Linux or mainframes or a tiny percentage of Macs and other stuff. This now includes banks and stock exchanges who've prety much abandoned Microsoft except for legacy apps.

Bigger businesses, government departments - one sale per decade or one upgrade cycle. Many skipped from Windows 2000 to XP, others held off for Windows 7. NONE OF THEM will use Windows 8 - they don't have the budget for touchscreens, they've got legacy in-house applications reliant on six or ten year old code.

No consumer sales for Windows 8 especially given a hostile UI, no business sales for some years if at all - Windows 7 will do. Hardware sales for Micosoft are led by X-Box which is losing money, you need to sell huge numbers of expensive phones/tablets/Surface to regain anything: throwing good money after bad in a vain attempt to gain and keep market share as a fire sale strategy.

Senior leadership at Microsoft have resigned, including Mr. Sinofsky - where are they going to go to deal with the disaster?

Some vendors have "forbidden" downgrades to Windows 7 on new hardware, presumably at Microsoft request - how long can this last?

The elephant in the room comes in a small package. I'm talking about the Raspberry Pi and other similar devices, yet the folks at Redmond don't seem to be talking about it. I wouldn't be surprised if a gaming machine that costs $1200-$1500 USD today would drop to less than $100 USD tomorrow because of the move towards cheaper and cheaper computing (thanks in part to the ARM architecture). I'm thinking that's the one thing that they're going to have to be dealing with in the near future. They thought they had it beat after the OLPC and netbooks came onto the scene, but have they? Computers for less than $50 USD that can be easily connected to an LCD TV (or other monitors with the appropriate adapter) are at a much lower price point than netbooks ever were.