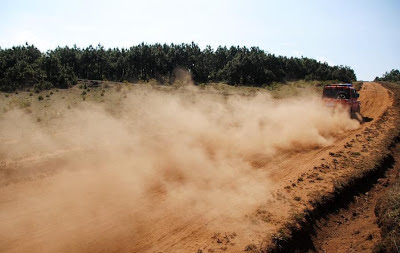 I don't expect to post much here any more on the subject of cancer.

It scared the holy crap out of me.

I got treatment for it.

So far, it looks like I have it beat.

I know never to say never, but at this time in my life, I appear to be cancer-free so I am going to live my life acting like it and it's not something that I will allow to consume my life any longer.

There was a time though, things didn't look so good.  The initial diagnosis of stage IV throat cancer was horrible.  Being told to go home and be comfortable until the end was even worse.  And even after the initial prognosis was reversed, a PET scan showing that the cancer was encroaching into my lymph nodes set everything back.

Actually, it was worse for Diane and my children than it was for me.  Having a family tree with cancer death hanging from it's boughs, I always strongly considered the fact that it would consume me as well.  I also have friends that would grieve....as mentioned by my good friend Larry Cafiero.

"I left Ken on a warm Friday morning in Houston to head back to California after the Giants-Astros series in August. I never told anyone, but I have to confess to having creeping doubts about whether I’d see him again."

But what I want to talk about is the Terminal Mindset.  And no, that term itself isn't exactly correct.  I never once, even with dire news delivered, thought of myself as terminal.  I knew there was a disease within my body trying to kill me and I knew that I had to deal with it, but I never considered myself as a dying man.

I did however, think about the stuff many dying people might think about.

This disease was my fault...a self-inflicted wound.  I did this to myself and I suffer(ed) a great deal of guilt knowing that I was leaving this life with much yet to be done.  What would become of my non profit efforts?  Would Diane be OK without me?  How about my "estate", such as it is.  Is it in order?  How do I amend my will?  All of those questions took their turn swirling around in my mind.

But you know what really, really bothered me?

It weighed heavily upon me, that I would never know.  I was to pass through The Veil without ever knowing.....

Would Rick and his party ever make it to the prison?  Was the baby Rick's or Shane's?  Had Merle really survived in Atlanta?  Was he lurking in the nether-regions of the Zombie Apocalypse? And how about Glen and Maggie?  Were they for real?

Yeah, you can laugh....I am.  Those are actual thoughts I had as I pondered my possible universal journey, my passing from This Earth.  And it bothered me more than I like to admit.  No, really it did.

And don't get me started on Fringe....that was a whole other reason for My Angst.  I would miss the last season, never knowing where Walter kept his stash of acid from the 60's.

And so I share with you the thoughts of a dying man.

As pathetic as they were.

And as real as they can get.

blather and mumbling provided by Unknown at 4:04 PM

You never fail to make me laugh. And yes, those are very believable thoughts.

I can't say mine would be much different, to be honest. I guess you never really know until you're put into that situation.

I'm glad you're here with us Ken. I'm proud to call you friend, and even more proud to know that you never gave up.

Ken, you are the only person I know that can make me laugh when discussing the subject of cancer. I too am a cancer survivor and we've talked via email. I guess I really never thought about it in those terms. Life: None of us are getting out of it alive. The best thing we can do is laugh at our own ultimate demise.

I never thought of it that way. Thanks.

Ken, the single most important thing is that you're here to share them, hopefully for many years to come.

I have a quick question about your blog, would you mind emailing me when you get a chance?

You did not leave me an email address.