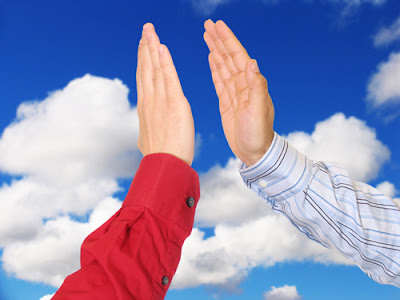 It was a long time coming...but we finally got our stuff transferred from the old place in Lakeway and into our new, stand-alone building in Taylor Texas.

At 10 AM on a beautiful Saturday morning, our volunteers began arriving and surveying the day before them.

I'm sure there was more than one sigh of resignation.....


We had the downstairs work area to clear out, and then we had the upstairs storage area to empty out and into various trucks and vehicles.

There was easily 2 tons of stuff upstairs alone.

Two tons of stuff that had to be brought down 17 steep stairs, and none of the packed boxes were light.

First, we organized teams to decide what needed to go to recycle and what we would keep.  Because the Lakeway facility had been unusable for several months, the work area had become a jumbled mass of junk and treasure.  Mark Thornburg took on the task of getting a team together and sorting through the stuff and loading the recycle into his one ton van. 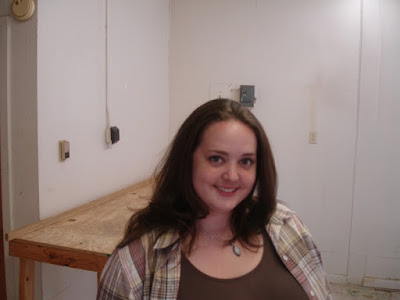 Carolyn Smith climbed the stairs and began the daunting task of organizing the dozens of boxes and containers for transport downstairs.  Her husband Jason and Andy Krell organized the teams to bring the stuff down and then loading it onto a large truck donated by Gene Arant, a realtor in Lakeway.

By 3 PM, we had the Lakeway place cleared out and we began the 40 mile trip to Taylor.


Since we have yet to build our interior wall, we weren't able to do a lot of organizing.  Aside from the wall, we still need to come up with some shelving.  A good friend from Atlanta Georgia has committed to providing the funds for the cost of building the interior wall, so once that comes through, we can start. 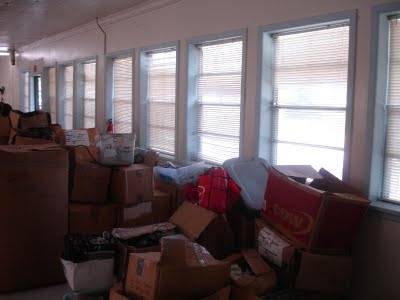 The big thing was to get our stuff into the building.  We could not have done it without the absolutely outstanding group of volunteers that showed up last Saturday.  A lousy pizza lunch wasn't near payment enough for these folks.

I've been remiss in mentioning that during the Texas Linux Fest this year, I took a few minutes to name Ron West as the HeliOS Project Volunteer of the Year.  Ron has been the backbone of our volunteer efforts and we cannot thank him enough.

Getting everything in was much easier than getting it out.  We are fortunate to gain a building that has a full ramp for wheelchair accessibility and that made things much easier.

So now, it's just a matter of getting this mess organized.  Once we have the storage and workshop wall built, we can start organizing things the way they need to be. 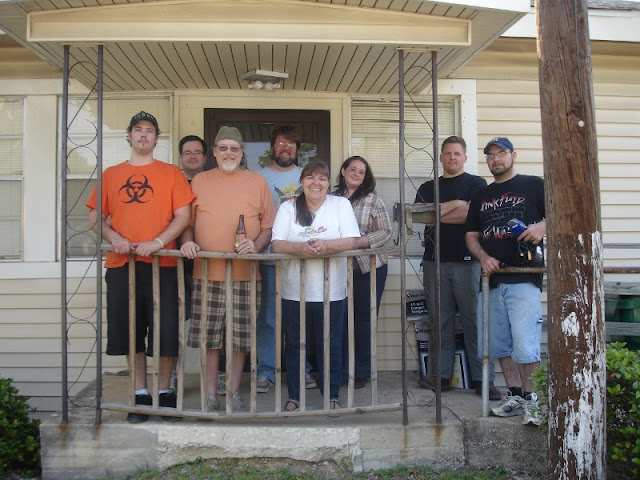 Let me take a minute and introduce you to many of those who gave us a hand.   From left to right, they are:  Tyler Guenter, Andy Krell, Skip Guenter, Jason Smith, Diane Franklin, Carolyn Smith, Ron West and Adam Schneckloth.  Not pictured are Kevin and Jesse Guenter along with Austin Dell'Abate, Ryan DeSilva and Mark Thornburg.  They had to leave before the pictures were taken.  Ron, Carolyn, Jason and Ryan were there every step of the way for us.

My further thanks to Jason Smith for taking pictures of the day.

Again, I want to thank everyone that took their Saturday to help us.  Even after the move, most of the people stuck around for an extra hour or so to share some beverages and help us plan for the future. 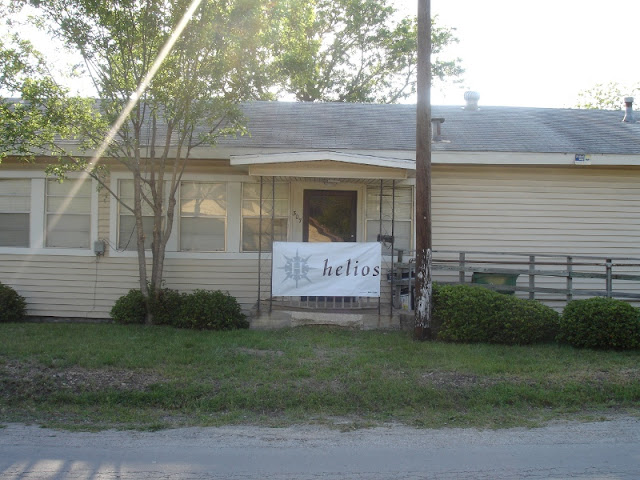 A future that you made possible.

blather and mumbling provided by Unknown at 9:01 PM