HeliOS - The Move is On

Skip Guenter is a focused man.  Tenacious doesn't quite describe Skip's drive.  From the moment we got wind of the possibility of having our own place, Skip has been the unstoppable force that made this happen.  Some who know him less than his closest friends would consider him a bit obsessed.


Due to his focus, we now have the keys to the new home of HeliOS.

Skip and his wife Sharon, along with Diane and myself have spent an evening there already getting the bathrooms cleaned.  We've laid out the floor plan for our classroom and planned then re-planned the work and storage areas.

Now, all we have to do is start moving stuff into the new home of The HeliOS Project.

While we still have some major interior construction to complete, we will begin moving stuff from the old Lakeway place to the Taylor facility on the 16th of April.  We need to vacate that space so they can expand their business...

And so we can expand ours. 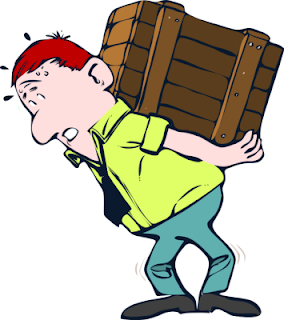 There is a ton of stuff to move and it won't be easy work.  There is a large amount of equipment that needs to be moved from an upstairs loft and loaded onto trucks.  Much of the stuff will need to go to recycle.  It will be hot, sweaty work so I don't want anyone to think it's going to be glamorous.

What we do rarely is.

If you are interested in giving us a hand, please email me: helios at fixedbylinux dott kom and we'll plan on you being there.  Of course, everyone helping will be invited to the grand opening sometime in May.

My thanks to those who have already stepped up for this move.  This is a pivotal time for HeliOS and I am glad that you will be a part of it.

blather and mumbling provided by Unknown at 10:43 AM

I read the Blog of helios every time it is updated and I have noted the level of commitment Skip makes to HeliOS. I want to take this time to personally thank Skip for his hard work and dedication. I plan to visit Austin late this summer and look forward to meeting him.