Uncluttered Minds Do Not Care... 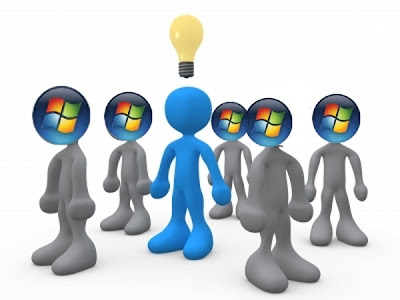 There are no profound revelations here...at least not in this post.

It just serves to reinforce something we already know.

When we go into a home to give a child a computer, one of the first things we do is explain to them that we have installed Linux on their computer, not Windows.

This announcement is usually met with even stares or shrugs.

They don't care...they are just jacked that they are finally entering into the tech age at home.

Most times, any concern expressed is with the parent.

Of course it would be.

Their minds are locked into doing things one way.  We often address this concern quickly.  Once we boot the computer, the machine becomes the realm of the child and aside from parental controls, the machine belongs to the child.  We explain that explicitly.

If the child had any qualms about what Linux is, they evaporate once we start the computer and click the Applications menu. 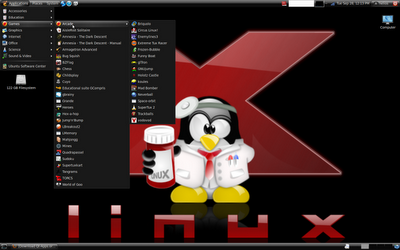 Our custom distro (made possible by Uck) is a playground completely filled with learning opportunities.  Many of the applications were taken from the Uberstudent distro, but most of them are standard Linux educational apps available from the regular repositories.  The 1.7 gig ISO file produces a live cd/install disk that not only provides hours of entertainment, it includes educational software that meets most any academic need the child will encounter.  Most of our kids however are at the age where they like to play simple games.  We've provided an abundant environment for that.

Once the kid sees and understands the opportunities available to her, any questions or concerns about this not being Windows evaporates. 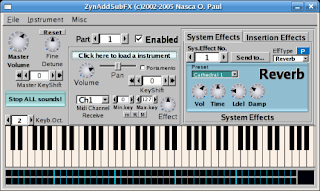 We haven't explored the correlation yet but many of our students are musically inclined or gifted.  Along with Audacity and score-writing software, we include an application called ZynAddSufFX.   This is an open source synthesizer that absolutely competes, and in some cases outshines commercial offerings costing hundreds of dollars.


We also include some planetary and space exploration software.  Through user comments and interviews, we've found that Stellarium is the best program to offer our star-watching kids.

No installation would be complete without a way to teach our kids typing.  Knowledge of the keyboard is becoming increasingly important so we give them several programs to choose from, including some excellent. online teaching tools. Parents come to realize the importance of these educational programs quickly.

However, we've had our speed bumps.  Recently we gave a student entering his first year of college a Dell D610 laptop.  The next week, the father called us and asked if we would install Windows on his son's computer.  He stated that the small community college "required" Windows for the coursework.

Of course, after contacting the school, we finally drilled down to a two man IT staff that both sported MCSE certs and considered Linux a "hobby" for geeks.

We pick out battles now...a small junior college in South Texas just isn't worth the effort.  Now the Texas Workforce Commission is.  Stay tooned for that battle may be played out publicly here...probably near the end of October.

So yeah, we occasionally run into people who have re-installed Windows.  We refuse to do it for them even if they supply the legitimate copy of Windows.  Many of them have called to ask for help with virus or malware infections.  We simply tell them that if they had left Linux on their child's computer, we would not be having this discussion.

We have yet to discover a situation where the child wanted Windows installed.  To this point, it has always been the parent or guardian.  I tell every parent that if Windows is installed on the computer, we will not support it further.  Sometimes they forget that part of the visit.  We remind them of it and politely point them to Microsoft.com.

Fortunately, we've only encountered this 8 times in the last year.  We've installed 276 computers in that time frame.

One theme we've found to reoccur is that when our kids do have to sit down in front of a Windows machine, they complain about how "hard" it is do do things in Windows.  I find that mildly amusing myself, but then again, I would. 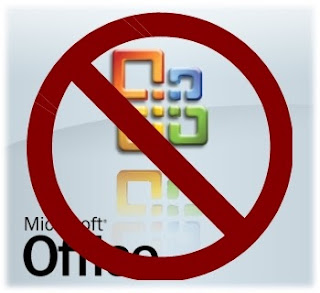 A small victory of sorts occurred in late August with one of the kids I mentioned above.  Ami had sent her Aunt a document she was preparing to turn in for homwork.  It was an .odt file and on que, the aunt called and said she could not open the document.

Ami could have done the simple thing and opened the assignment and then saved it as a doc file.


She sent her Aunt the link to OpenOffice with installation instructions for Windows.

Geez, I love the audacity of children.

One thing I would like to mention...your support for our HeliOS Project store is beginning to help us greatly in meeting the needs of the project.  Thanks to your purchases, we no longer have to postpone installs and trips to the shop because we don't have the fuel to do so.  This link will take you into our electronic wonderland. 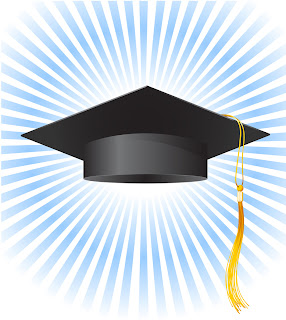 blather and mumbling provided by Unknown at 1:21 PM

Ken,
You sure know how to tell a good story.
Thank you for this particular one.
I would like to suggest that the "Ami maneuver" should appear as an entry in some internet dictionary!
Kids sure are smart.

Ken, as much as I enjoy your blog, I am almost always amused or impressed with your lead graphic. Do you do these yourself?

The link to Uck is a great asset. I have been looking for a simple program to redefine my distro. Unfortunately this only works with Ubuntu but then again, when you are done with it, it can be anything you like. Tried it with Mint but it failed.

I agree with gagy. the "Ami Maneuver" was great. Not many kids would have thought to do that.

Finishing my degree in computer science at junior college, I'm amazed at the amount of 'required' windows content but that's why we have virtualbox. I know that lots of places are still windows shops but at the same time, lots of places have converted or are converting to at least a partial linux shop. I have few concerns about my ability to find a job with Linux expertise.

That's pretty awesome. This is why kids/the next generation are going to be the way forward for Linux; they don't have the same preconceptions that bias them towards Microsoft Windows as the generation of their parents.
--
a Linux Mint user since 2009 May 1

Nice theme! Which one is it?

Make sure you tell the kids to save in doc or rtf or pdf format if they have to email documents.

I wish I were a rich man so I can buy up used laptops from the rich and donate them to the poor children of the world with Linux installed.

I also stand firm that audio on Linux is its biggest weakness now that wifi seems to work well. Pulseaudio and JACK are a freaking mess.
If a child wants to plug in a keyboard to play, she should be able to turn on the program, turn on the keys and play.
Until we can do this with ease... its a work in progress.

Great story and uplifting as always.

As a college student I feel their pain of thinking they "need Windows" for school. School is the reason there is a Windows VM on my girlfriend's system - the website they use does not work in firefox it is a half-hazarded working with IE under Wine.

Is that the actual default wallpaper on the systems you're providing the kids?

In this age of The War On Drugs I can see people whining about the "bottle of pills" image on a kids' computer. Perhaps something like an Einstein Tux would be "less suspicious" and more appropriate for this application? (...assuming the parents even got the reference...)

No, that is the wallpaper on my personal machine. We use the default wallpapers in ubuntu for our installs, although we add a few to the directory of our choosing. Dr. Tux is not one of them.

Here in Austin, there seems to be a huge increase in employers wanting Linux positions...mostly as server admins and bash scripters. I recently finished several Cert classes...basically gaining a piece of paper saying I know what I already know. I was even offered an interview with Google. While I possess the skills they want, I am committed to The HeliOS Project for a long time to come.

The money would have been nice though.

And for that theme, it is Dark-Linux but I changed all the green colors to black, although it kept it's "reflective" properties. I also replaced the navigation bar with a metacity theme called areo-dark. The icons remain the same found in Dark Linux. I'm just a bit burnt out on green.

I bought a cheap Yamaha usb keyboard and it worked plug and play on my machine. Again, we are finding hardware that won't play nice as opposed to software that tries to.

Ken, that ZynAddSubFX is an amazing piece of software. As a keyboard player, I have used many synthesizers in Windows and Mac but this one has features the commercial ones do not.

The GUI is a mess though. Not very thought-out in my opinion but so goes the way of open source. I guess someone might fix it if it gets enough attention.

Ken, could you do me a favor and put this article in an email archive if someone asks what ditrobution you use OR need a story for further evidence as to why this is such a wonderful cause?

I loved reading your blog for two years now. Thank you for doing all you do for your kids.