How Will Microsoft Answer the Linux Threat? 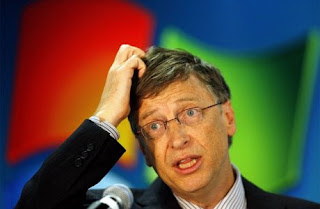 You are gonna have to give me this one...

One of the loudest and most often-used arguments against our Tux500 Project last year went something like this:

"If race car sponsorship was an effective means of advertisement, Microsoft would have already done it."

Well they have done it in the past...once... but our detractors didn't want to cloud their argument with an inconvenient fact.

Well...maybe Microsoft was just a bit slow on the inta...I mean uptake. Getting serious about this race car sponsorship that is.

For those who bantered that particular argument around last year...run this up your manifold and then check for gasket leaks.

Microsoft is sponsoring a race car.

It would seem that Microsoft is hemmoraging money in the small business software arena. Open Office is doing a bit of damage it would appear and MS is taking the initiative. Now, I am sure the question is going to come up..."helios, how can you justify a positive corrolation between slumping sales and their NASCAR sponsorship?"

Well, reading the above-linked piece, you will see that this foray into NASCAR isn't representing the entire being of Microsoft but only their small business products...incidently, that is where Open Office is beginning to erode Microsoft's numbers. As more people advocate and mentor those who are open to saving a buttload of money, Microsoft is watching their profit margin in this area dwindle rapidly. I can attest to the fact that many small businesses are becoming aware of their choices in office software.

And so are their Stockholders.

Eric Ligman of MS comes off the starting line fairly well and states that they are gearing up (sorry) for this NASCAR partnership.

One of you had the absolute audacity to email me and state that, in fact, Microsoft isn't even aware of the FOSS and Linux effort...that these Open Source entities are simply existing along side of MS...Microsoft isn't particularly worried about any impact that Linux or FOSS has on it's market.

By the way, I emailed the individual personally with this response. I doubt we will be hearing back from him...

His comment fairly well identifies him as a). A complete...no make that an incomplete moron OR
b). A Micrososft Shill. I'm sure entries for c). d). and e). are forthcoming.

This is precious...don't bookmark it, copy it in its entirety and put it away somewhere. It could come in handy some day. This is an annual report to the United States Securities and Exchange Commission.

Herein you will find such jewels as:

“Although we believe our products provide customers with significant advantages in security, productivity and total cost of ownership (emphasis added to highlight both the audacity and humor of this clause), the popularization of the open source software model continues to pose a significant challenge to our business model . . .

(that would be you and I folks)

“To the extent open source software gains increasing market acceptance, sales of our products may decline, we may have to reduce the prices we charge for our products, and revenue and operating margins may consequently decline.” (thanks to Larry Cafiero for defining these quotes in his blog.)

Well Steve'ster...ya think? Unkle Billy, did you think of that all by yourself?

Apparently so...so much to the point that someone at Castle Redmond had the friggin' hair-brained idea to sponsor a race car.

I wonder how they plan to measure their Return On Investment? That seemed to be a fairly belabored point with Tux500. Any one knows that this is a complete sham and waste of money...No one who is serious about remaining a viable business would risk this sort of thing. No self-respecting company would do something as stupid as sponsor a race car...especially the most successful corporation in American history, right?

Unless circumstances and FOSS market forces demanded you take that risk.

blather and mumbling provided by Unknown at 8:27 PM

You don't need to unearth MS's SEC filing to know that they are very concerned about OSS and Linux.

Here is an article that describes the open-source lab that MS built to evaluate Linux, BSD as well as commercial Unix OSes such as IBM's AIX and Sun's Solaris.

This article has been written by an MS employee, BTW. The admitted goal of the lab is to test for interoperability. I'm afraid that after those OSS guys have done their job, MS management brings back these results to development and tweaks the MS products until they breaks Unix/Linux interoperability. But this is just my jaded opinion.

That was an interesting and informative little article. I do not doubt the sincerity and loyalty of the Lab's two penguins. I just can't imagine how they do it. As interesting as it was to finally get a peek into Microsoft's Linux Lab, the SEC filing was far more telling. Right from the start, PART I, ITEM 1. BUSINESS, GENERAL details their mission. It was very interesting for me to read that with the juxtaposition of my knowledge of their practices.

But this is just my jaded opinion.

Nothing Jaded about it Fred. Just ask anyone working for Samba and they will tell you all about it. In fact, they already have.

"..Microsoft isn't particularly worried about any impact that Linux or FOSS has on it's market."

Hahaha. Funny. Ballmer said Linux was Microsoft's #1 competitor only 2 months ago. They pretend to be in the 'ignore' phase.