The Dead Rise...From The Google+ Graveyard 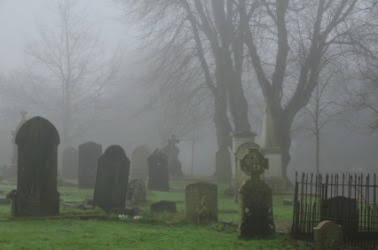 I've heard it for months.

Google+ is a graveyard.

Of course, I heard it most from Facebook users.  People who perused the G+ experience for about 5 minutes and deemed it dead.

That's because they didn't know what G+ was.  Most of them thought that it was going to be a Facebook-type playground, with all their friends front-loaded as they showed up to ride the merry-go-round.

They didn't bother to try to understand the concept and ideas behind G+.  You had to grow and form your presence and preferences there.

And to be fair, it probably was a bit sparse given their expectations.  But as it was explained to me fairly early in life:

"Your disappointments will always originate from your expectations."

A lot of people I interact with on FB gave G+ about 6 months to live.  They considered it a bad idea that was on life support because it wasn't popular and never would be.  Now, I learned a long time ago, it's not always important to be right when debating.  Sometimes, especially when friends are involved, it's better to concede the point instead of trashing a relationship.  Some arguments, especially when tech is concerned, can cut deeply.  Sometimes it's best to wait until your point is proved out and let that point be subtly known, even if that.

But in this case, oh what the heck.

Thumbs in ears, wiggling fingers and sticking my tongue out and laughing.

G+ is exploding in popularity.  Fact is...I think I go to FB maybe four times a week these days, and that's for only a moment or two in order to check in on my adult children and see what they are up to. If not for them, I would have closed my account there long ago. 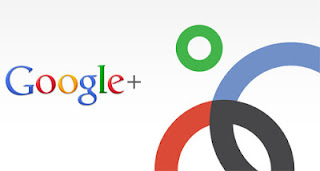 Google+ has just released a pretty cool thing called "Communities".  It differs from circles as it more tightly contains particular interests and ideas.  I felt honored to have 16 Community invites on the first day of Communities launch.  However, my time spent on G+ will dwindle here shortly as I am able to give Reglue more time and attention.  The only Communities I belong to are one created by Dietrich Schmitz...Linux Advocacy, and SolusOS

See, when I go to FB, I am most likely to see posts asking what their friends think about how their new hair style or shoes look.  Maybe someone got a new car, a new job or are getting married divorced/separated.  Most often it's a twitter-like post, stating how good their Reuben sandwich was or some glamshot of them in the bathroom.  Even some deeper or funny posts elicit comments as profound as:

OK, Kool.  I guess.  If you are a close friend, I might like to know these things, but to be more honest than I probably need to be here.....

I couldn't give a flip less about your new hair style or what you had for lunch.  See, outside of the few more thoughtful people I "friend" on FB, there is little to no substance to most posts...nothing of interest or news.  It's mostly gossip and reposts of cats (stop it...I like cats) or it's post after post after post of political/religious/lack-of-religion opinion.

I spend more time scrolling past this drivel than I do reading.

Again FML....I don't care who or what you worship, who you sleep with/want to sleep with or who you vote for/against.

I want to know what you THINK. 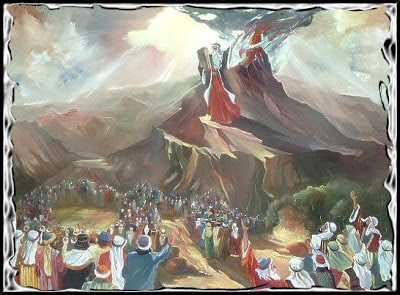 See, I've asked this before.  Do you believe I write this blog because  I am bestowing some great wisdom to the masses?  Yeah right.  My gratification comes from the sometimes brilliant insights in the comments you leave.  I've learned much from them and I am better for it.

And so it goes with G+.  I have gained enormous insights into diverse ideas, thoughts and actions.  I learn there, I thrust and parry there, without any emotional or personal bruises...If I uncircle someone, there isn't any drama or questions asked as to why...

It's a place where wisdom can be written and spoken, a place where new thoughts, old ideas and entire groups of people can come together to enrich each other.

Oh, and a quick Side Bar with Google...Get a native client for Drive written and released.  Your road to riches was paved by Linux.  It's time to stop treating your Linux customers like recalcitrant children.

Google is just now reaching their stride with G+ and I expect it to gather even more innovative ways to expand and become better.

Facebook...well, not so much.  "And yes honey, your hair looks great.  What do you think of the patent wars raging?"

Talk about a graveyard.....

So, I will continue to grow with G+ and Google+ Communities because that's where I fit in.  It won't be or isn't for everyone, but for the thinking person, I believe it's the only social media worth it's salt.

For those curious about Google+, there is an excellent beginners guide here.

blather and mumbling provided by Unknown at 9:47 AM

Me personally I absolutely love the concept of G+
To me Facebook is totally flawed and allows only for ego-battles.
At least with G+ you define who you are and can share with anyone, not limiting yourself to a "This is my Facebook self" personality.
G+ encourages people to collaborate on any number of things in a safe way.

You know you've been on G+ too long when you look for the +1 on a blog post or website.