St. Nick in the Nick of Time 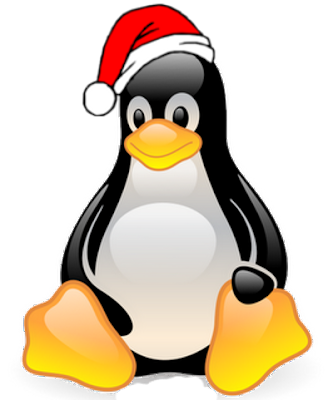 We recently announced that we were suspending operations for a month.  First off, my thanks to those who inquired as to my health.  Fully realizing that my health in the past has been an issue, I can understand why some might think it was the issue at hand.

If weight gain and retention were to be chosen as an indicator for one's health, by all indications, I am at my peak...

The reason we closed down is simple.  We were out of computers to give away.  We had several on hand but they were scheduled for installs already.  Once we dispatched those, our cupboards were bare.


As if on cue...I got a call from Michael Zagger.

Michael is the Division Vice President of Cardiovascular Sales at St. Jude Medical here in Austin.  Michael had personally donated some laptops and other computer components a few months back.  He also stated that he was going to talk to his Group President about doing a mass donation of laptops in the near future.

Now I know how this goes at times.  When one person might see the need, those above him might not see it as a priority.  Other times their IT department might have policy in place that dictates the decommissioned machines be auctioned or go to specified non profits.

It wouldn't be the first time we were passed over for corporate donations.  Hey, it happens....just move along and do the best you can.

Mike Zagger "wouldn't take no for an answer."

On Wednesday, December 8th, we were called to the Austin headquarters of St. Judes.


It was there that we were presented with 75 laptops.


That's seven in the tens column, five in the ones column. 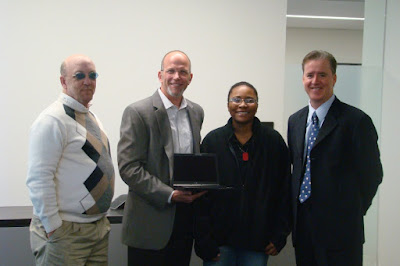 We arranged for the first recipient of these laptops to be present.  Kernetta Owens and her dad, Kirk were able to make the trip to south west Austin for the ceremony.  Kernetta is an A and B student at Connelly High School in Pflugerville Texas where she is an Advanced Placement student and is active in band.  Kirk is a disabled vet and isn't able to give Kernetta the computer she needed for school.
Left to right, Ken from HeliOS, Mike Zagger, Kernetta Owens and Michael T. Rousseau, Group President, St. Jude Medical 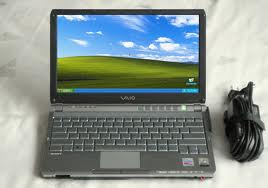 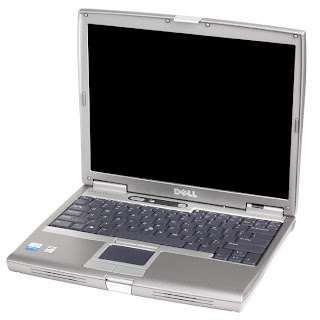 Both of these laptop models have proven to be work horses and they should serve our kids well for years to come.
I want to personally thank St. Judes Medical for their generosity and for seeing the importance of small projects such as ours.  We were in a position we had not found ourselves for years.  We were out of computers and with Christmas coming, we had a large number of people requesting computers that would not get one. 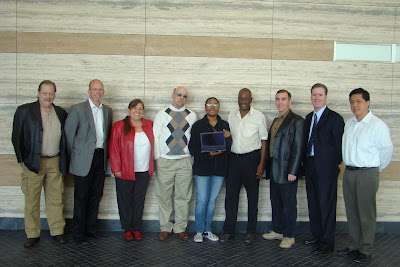 From left to right, Skip Guenter HeliOS Project Director of Systems Engineering, Michael Zagger, Division VP, Cardiovascular Sales, Diane Franklin Records-keeper extraordinaire for HeliOS, Ken Starks. Kernetta Owens, Kirk Owens, Mark Thornburg, HeliOS system-building volunteer, Michael T. Rousseau, Group President, St. Jude Medical and  Paul Bae, VP of Human Resources and IT.
The St. Jude offer came without solicitation or contact from us.
Still, we got what we needed to do our work for this Christmas season and beyond.
Make of it what you will.
All-Righty Then 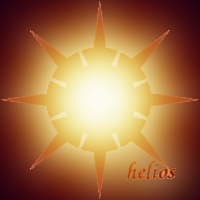 blather and mumbling provided by Unknown at 12:00 PM

That's awesome. Out of curiosity, how long do you think it'll take for you to go through giving and working on these 75 computers?
Also, I wonder if the IT department would have been even more reluctant if they knew that these would become Linux computers, given Microsoft's dominance in that arena (as you yourself have reported in the past)...
--
a Linux Mint user since 2009 May 1

Ken,
I will always be amazed at the goodness and selfisness (could also be called altruism) one can find in people's heart.
This is a most wonderful pre-Christmas story!
Good luck with the placement of these nice little wonders.
Thank you for sharing these news and many thanks to the people involved.
gagy

We blew through 281 computers from until we ran out so based on current inventory and projected requests, we should be good through March. We are also having a computer drive this Saturday so we may or may not gain some good numbers there.
We'll just have to see.

St. Jude is well aware of our use of Linux and open source software. They were kind enough to image all of these machines with Windows XP SP3. Many of them will become dual boot machines for those that have the need for Windows-specific applications and some will be reformatted to install our custom Ubuntu version.

Many of the machines we install have Virtual Box installed anyway so this will negate the need to do this for these laptops.

I don't have a problem with that. The dual boot machines will offer our kids both systems...and isn't that what we promote? Choice?

Blog of Helios: ...and isn't that what we promote? Choice?

Too true Ken! I think readers need to remember that, while we are pro-Linux and Open Source, We should not attempt to be anti-Microsoft.

I would love for the whole world to recognize the value of FOSS, but at the same time, I work in development and have had to learn to accept that every product has its place.

I think we will all rest a little easier knowing there will be enough to go around this season. Many thanks to Michael Zagger and St. Jude Medical. Many thanks to you Ken, and the crew at the Helios Project for bringing those gifts the last mile.

I appreciate that health assessment tip Ken. I was concerned (and a little miffed) when my scale ventured into uncharted triple digit territory. I'm on the last hole in my belt and I *will not* buy another one!

Hey, St Judes! From my neck of the woods, up here in the frozen tundra!

I always hear good things about them. I guess this is no different! :) I believe St Judes does a lot of charitable/beneficial donations and activities in general. Glad to see that this philosophy persists across the entire company. Some companies have that little special something. St Judes is one of them.

Congratulations! I have been following your blog for a while and I not only enjoy reading your posts but I also believe that what you are doing is really inspirational, important and generally great.

One question for you - It was nice of St Jude's to image the laptops w/ XP SP3 but once they give the laptops to you isn't that a violation of the MS EULA? Just curious.

We looked into this a couple of years ago and while I don't have the information at my fingertips, I recall that transferring a computer with WinXP is fine. However, the EULA on MS Office does not allow it.

Personally, I would thoroughly enjoy MS trying to make an issue of this although I wouldn't do anything to instigate it.

My thoughts regarding the whole Microsoft and Open-Source thing is that although in many cases Windows can be replaced altogether by Linux, there are a few very good reasons to need XP in either a dual-boot or VM environment. In my situation my college uses MyITLab run by Pearson Education and as Jeff Hoogland has pointed out, that uses a website designed only for IE. I'm quite certain there are a lot of colleges that use MyITLab and Pearson services and/or their own in-house services that likewise require IE.

Which I think is appallingly ironic because Pearson Education published the book "A Practical Guide to Ubuntu Linux" which I just bought from Barnes & Noble. Pearson also does Linux based education if I'm not mistaken.

The double standards implied above and the fact that HP has refused to deduct Windows from my order (they won't even simply ship me an empty but tested machine) just smacks of Microsoft's typical underhanded tactics.

FYI - I'm trying to purchase an HP Mini 210 without Windows 7 Starter which fits a netbook about as well as an elephant in spandex. Try installing Jolicloud, Netbook Remix or Chrome OS on it and tell me it's NOT a better experience.

I have a thinkpad X60S running jolicloud 1.1 now and it's pretty nice...

Jolicloud is a nice system for resource and screen-space limited netbooks. Jolicloud also supports VDPAU for Nvidia ION and Broadcom Crystal HD cards for h264 and flash video acceleration. It's nice being able to play 1080p video on a netbook using a 1W TDP card as compared to overloading a little Intel Atom CPU which is eating 6x the power and thus, 6x the heat while still struggling to keep up.

All this on a system that barely uses 2GB on a default install compared to 15+GB even for Win7 starter. Win7 is good stuff, but it's STILL WINDOWS.