Introducing the Reglue Deal Of The Week. 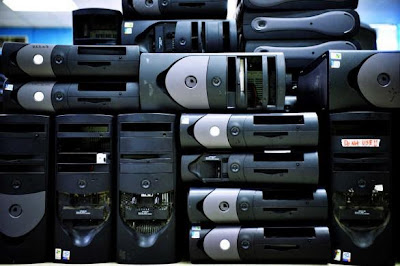 We've had to become a bit more creative since donation dollars have been harder and harder to come by the past year.  There's just no way to sugar-coat it.  Our attempt to fund Reglue and HeliOS for the current fiscal year has been a complete failure.

It's not your fault. I don't blame anyone but myself.  It was just bad luck that the Ubuntu Edge Indiegogo campaign started at almost the same time as ours did.  I could have tried to keep up with it while I was recovering from cancer treatments.  I should have found a way to do it.

It would have been nice to achieve 10K to gain the matching donation.....

Water under the bridge, spilled milk and all that...we either find ways to create revenue or we fold up our tents and move on with our lives.  If surviving cancer has taught me anything, it taught me to stop trying to fight things that are inevitable.  Live is too short to kill yourself by worrying.

It comes down to being as simple as that.  This next four months will tell.

We have excess computers and other things from time to time and since I was unable to do much this past year, the donations have stacked up.  We have earmarked four such donations to sell to fund our effort.  We do sell from our Ebay store, and as personally repugnant as I find Paypal practices, they are a necessary evil at this point.

So come see this week's offering and take a look at the rest of the stuff we have as well.  Right now, it consists of several deals on various RAM but as I go through the stuff donated, I am sure to find things that might interest you.  We will post those items on a weekly basis, hence, "the deal of the week".

The complete computer system we are offering has several new components and is a nice little system.  With school beginning soon here in the US, this might be a great computer for the kids and adults alike.

Come see us and help us grow.

blather and mumbling provided by Unknown at 1:47 AM