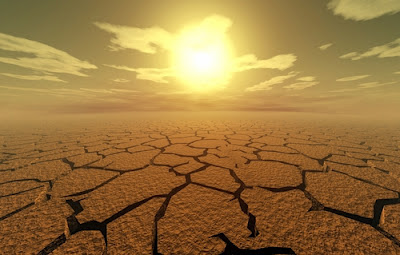 Charlie and Melissa are in their mid 50's   Both are native Texans and both can trace their heritage to ancestors who either were present at the Alamo or lived in proximity to that pivotal event in US history.  Charlie and Melissa also come from a long line of ranchers and farmers in Texas.  Charlie owns land that has been in his family for five generations and they make their living by raising cattle and farming that land.

Or they did make their living doing so.

The severe drought that has gripped Texas and much of the South and Southwest for the past 7 years has devastated those who count on the land for their sustenance. Charlie and Melissa are no different.  While some federal and state subsidies were available to get farmers and ranchers through these tough times, the drought lasted longer than the money and many people have sold their livestock, equipment and sometimes even their land in order to survive. 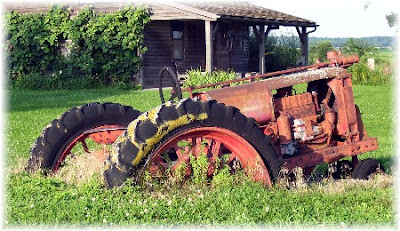 Charlie and Melissa are fortunate in that they own outright the land and the house that sits upon it.  While they may struggle to pay for utilities and life's necessities, the roof over their head is secure.  Charlie has mostly forsaken public utilities and their home is powered by a combination of electric generators and solar power.  Fortunately, their well, the water that sustains their life, is thriving and is in no danger of drying up.

Charlie and Melissa have one child, a daughter that has recently graduated A&M University and is in the first year of her first real job outside of her childhood farm.  Kendra is a Veterinarian in Dallas and tries to make it home at least once a month to spend time with her mom and dad.  Savings as well as federal aid have dried up for this family and Charlie took a job within a school district a few miles away.  He works 32 hours a week as a custodian.

As it has often been with rural Texans, and rural folks in general, education takes a back seat to working.  There is only one high school diploma between the two of them and Charlie achieved that in 1966 when he was drafted to serve in the US Army for two years.  Melissa has worked to keep the ranch running for almost 30 years and never thought she needed to pursue the education she dropped in her senior year of high school.  That's when Charlie and Melissa were married.

So fast forward to the present and Melissa finds it necessary to enter the job market.  Her skills are few and it's not only her lack of education that holds her back.  Melissa has never touched a computer in her life.  Faced with the need to prepare a resume and communicate with the outside world to find a job, she found herself poorly equipped to do so.

When the Texas Workforce Commission approached Reglue to help Melissa out with a computer and the training she would need to use it, we of course took the challenge.  It isn't always about the kids.

Sometimes adults need help too.  Help we at Reglue are happy to give.

It has been challenging to say the least.  Melissa is painfully hesitant every time she puts her hand on the mouse, moving it like it was going to shock her if she did the slightest thing wrong, but we are working with her on a weekly basis and she has now completed her resume' and navigates the Linux Operating System on her new computer fairly well.

So no....it's not always about the kids although they are our focus.

Sometimes it's about someone who fell between the cracks.  They can be the hardest to pull back up but pulled up they must be.  Who in good conscious could leave them there?

blather and mumbling provided by Unknown at 8:40 AM

When I was teaching, I found the "non-traditional-age" students both challenging and usually quite rewarding. (Once I had a rapport, I usually called them "old" to their faces--since I was considerably older than most of them.) They were great when I had a reference the "traditional-age" students wouldn't recognize, and most had gotten past the shyness the younger ones had when I called on them.

There may be some ideas online for helping people who didn't grow up with computers get used to the idea. There may be people whom you can call on for ideas and assistance. One idea I hit repeatedly is that some of the "ways things are done" were selected arbitrarily--sometimes out of thin air, it seems--and not to feel inadequate because they can't "figure it out."

Among the important skills is using the search methods to chase these "way things are done." Again, emphasizing that the vocabulary chosen can be arbitrary and frustrating. Who decided it was going to be "records" and "fields." "Records"--to someone in their incredibly late 30s, like me, that's LPs and 45s and how we listened to Elvis before he went into the Army. "Fields"--gimme a break. This is a lady with a background in agriculture!

Convincing these students to give themselves a break is tremendously important. They've been in charge and may not have been in a formal learning environment for a lot of years, during which time they often were in charge of their situations. This is incredibly new to them. Teach them to be patient with themselves.

This is why I love this project. No one left behind. No child, no adult. Nobody.

Keep up the great work Ken!

This is such an important project. My friend's dad recently died and her mother found herself in a precarious position since she had not worked in years and did not know how to use a computer. My friend paid for a course so she could learn. I decided to start teaching my parents and they are doing wonderfully now. Patience is essential as these wonderful older students gain the knowledge they need to enter a digital world.

This is indeed a big problem. And its not only restricted to the old age but also in adults. For example in India usage of computers is very low and many people cannot use the mouse. This came across as a big stumbling block when we tried to organize a survey for the patients where they had to fill a computer form. Spanning the digital divide in these people requires the use of a very different interface (? touch). Form elements like the radiobutton are very difficult to manipulate by people are not accustomed to the mouse.
I am presently trying to design an interface for such a survey where the people will be presented with the survey in a touch screen interface. I would also like the questions to be asked in a voiceover in addition to the text question (in vernacular language). Interestingly none of the major survey outfits seem to offer this simple enhancement. So the onus is on open source and I am looking at drupal to do the heavy lifting.