This has been in the works for quite some time but we've kept it under wraps.

As sure as I had announced it early, something would have went wrong.


In 2007,  I became a good friend of Don Davis.  Don has done much for the Free Software community, either initiating or participating in several films and documentaries about Linux and Open Source.

He is also the founder of REGLUE - Recycled Electronics and Gnu/Linux Used for Education.

Don's organization had almost exactly the same mission as HeliOS.  Don is now a Doctoral Candidate at Texas State University and the requirements of his studies have left him little time to do little else.

Don came to us a while back and explained that he was going to have to give up his project but it wasn't all bad news.  While HeliOS worked under the non profit umbrella of Software in the Public Interest, REGLUE is formed as a registered 501(C)(3).  Since he knew our ultimate goal was to register HeliOS as a non profit, and we were no where able to afford doing so...Don graciously offered to "transfer" REGLUE to us.

Of course we looked into a name change when we stepped in but it entails way too much time and effort to do so...at least for now.

Don called a meeting for REGLUE, him and his two other directors voted our guys in, then in turn resigned from REGLUE.

That left us in the driver's seat.  We owe Don way more than we'd ever be able to repay him.  Thank you Don.

Now, why the change?  Wasn't HeliOS doing OK as it was?

On the surface, yes....we were able to do many things under the SPI umbrella but the one thing we were not able to do is probably the most important.

We couldn't qualify for grants.

See, in order to qualify for the lion's share of available grants, the actual non profit has to submit the grant proposal.  Precious few allow an "umbrella" to do so in the place of subordinate organization.

Most of you know that HeliOS has struggled financially from time to time.  Now that we are our own non profit entity, we are free to apply for every grant available.  And trust me....we will.

So on Sunday, June 10th at 1 PM, 12 people convened to attend a special election meeting at the HeliOS headquarters in Taylor Texas.  It was there that we expanded our directorship to 9 people and three out of four required officers were elected from that directorship.  the directors of REGLUE are:

The HeliOS Project will still exist for some time, but as an associate project under REGLUE.  HeliOS will take care of all the educational aspects, to include holding  various classes within our facility.  For you that help fund us with your donations, nothing will change for quite a while.  We will post here should HeliOS officially fold into REGLUE.  For now, HeliOS still exists and your continued support is appreciated.

Most of you know that I am battling throat cancer.  At this time, we are looking pretty good as far as prognosis goes, but then again....It was looking good the last time as well.  I don't plan on going anywhere for quite some time, but then again, I am not really in control of that.  These changes are a simple preparation, should I not be able to help steer this effort in the direction it needs to go.

That direction is getting as many computers into the hands of disadvantaged children as possible.  I've surrounded myself with extremely good and caring people.  People that care enough to carry REGLUE forward should they need to. 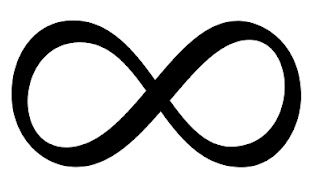 blather and mumbling provided by Unknown at 1:11 AM

The very best of luck with your new venture Ken and I also wish you the best for your personal circumstances.

No matter what the name, you (and the entire Helios Team) will continue to have my support 100%.

It sounds like this is a very big and important step, and I'm glad you could see it through. May Helios (and REGLUE) continue to grow and help many hundreds of children going forward.

This is great news Ken. I feel that you and the Helios project are in good hands.

Great news, Ken. Both Reglue and your health prognosis.

The non-profit has been a long time coming. I will resume scanning the federal grants postings for you immediately.

Let me know if there is anything else you need. I have a bit of time on my hands and can handle some small projects.

Nice, very nice. Definitely one of the better re-orgs I have seen. ;)

I guess anything goes from here, right? The sky is the limit...

Congratulations, Ken! A really big step. I look forward to continued great things from you and the Helios team.
Great job, everyone!!

I am writing this message thousand of miles away from US. But distances does not reduce my respect to you who together with the team have done something great to influence your community and may be the world too. Best wishes to you and speedy recovery to health.