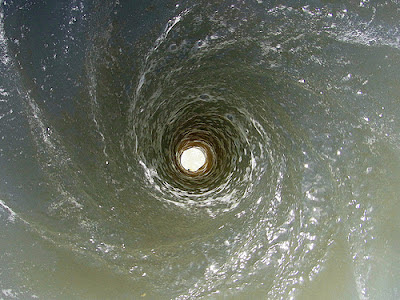 Sometimes, things gestate slowly in the FOSS world.  Pulling together the resources, talent and time to write a piece of quality software is no simple feat......

and if that weren't enough, there's the whole "herding cats" thing.

So when HeliOS saw a need for a professional-level application geared toward computer use, autistic children and their caregivers, we put the call out to developers, organizers and academics to at least map out a direction.

We had a great response.

Well, stuff happened, and didn't happen.  The academic team had some major problems in getting the project funded through grants and as with any project...

If there isn't forward motion, then the project stands to lose interest and support.  That's pretty much where it died on the vine.  Developers that had originally volunteered their time had to re-prioritize their schedules and managers did the same.

Not that some positive things didn't come out of our efforts.  Our good friend Peter Hewitt took a look at one of his software creations and seeing that it could dove-tail into our needs, ported Mulawa Dreaming Easy to Linux.  In fact, Mulawa is now part of every computer that leaves the HeliOS Shop.  Mulawa is a simple program but it meets one of the basic needs that concerned me.

We really need an application that properly teaches autistic children to use a mouse.  Many of the programs out there now are "clicky-shiny" but some lack the functionality of differentiating between left and right mouse click.  We didn't want a program to babysit or entertain the child...we wanted one to teach her.  Peter's Mulawa Dreaming Easy went a long way in doing that.

However, I was encouraged on another front.  The folks at Zac Browser had been working a new version of their award-winning software for autistic kids and those who support them.  Why recreate the wheel?

Their version would include Linux support.

I watched this carefully for months and then came the day when it was announced.  The Zac Picto project was released....with Linux Support!

I am not sure how this happened, and the last thing I want to do is criticize an over-worked single developer, but the Linux version was DOA before it hit the download page.  They were introducing a Linux-specific version of their product that didn't work.  To make it worse, they didn't seem to have a clue that their Linux version did not work.

Unfortunately, the folks at Zac Picto didn't realize it.  The Development team had to be told by people scrambling to download the Linux version.

That had to suck.

See, Zac Picto relies upon Adobe AIR to work.  As many of you know, Adobe has been slashing Linux support for their products with a vengeance.  Zac Picto needs Adobe AIR 3.0 to work properly.....

The last supported Adobe Air version for Linux was 2.6.

So here I am, clicking the download link, not yet aware of the show-stopper events that have occurred....

Until I went to the forums and started reading the posts....some of them a bit pointed.  I mean, how can you announce a working product without knowing that it doesn't really work?

"Zac picto , i followed your instructions………….on that link and it just Hangs ……….say “starting install” but nothing happens
download does not start
Adobe Air no longer supports Linux as of AIR 2.6 and it is now on 3.0
Zac Pinto you really need to get with the new standard HTML5"


So, I am sure this is a bit embarrassing for everyone involved....and disappointing to those who were awaiting the Linux release of this program.

Just as long as the Zac Picto folks know that Linux is an extremely important platform for their work.  Potentially we have hundreds of users ourselves.

Hopefully, if they don't know it now, they soon will.

blather and mumbling provided by Unknown at 7:55 AM

Woah. That sucks. Third-party tools are hazardous that way. They can both help and hinder, depending on the trend lines.

Also, sorry to hear about the autism project. But the economy is improving, slowly... Very slowly... Perhaps someday that type of funding will be easy to find.

I'm not sure quite what to make of this. A software company/project announces the release of a product and has every reason to think it is functional, when in fact, it is broken due to third party tools that they should have known were obsolete?

How far removed from your own development process do you have to be in order to let this happen?

That sucks! Sorry to hear this promising project is now DOA.

Just one more reason to depend only on Open Source tools. Score another "victory" for Adobe. ;(

My sincere appreciation to those who have put any time at all into this endeavor.

I presently use gespeaker to enable my friend to speak what he writes.

I find no other alternatives while using a pc or laptop.

Some issues are that it takes too many steps. My friend needs non distractive ultra simple. He is non verbal, not very oriented to time and space, and very shaky. Very difficult for him to get body to obey his desired movement.

Again my thanks to everyone who exerted any effort towards moving linux into a more autism friendly mode.