We will be heard now. Dodd Petition reaches 25,000 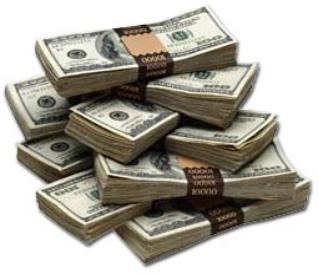 On this date, at approximately 8:31 PM CST, the petition requesting that Chris Dodd be investigated for bribery was validated by the required 25,000 signatures.  That's correct.  The petition to have Chris Dodd investigated has reached 25,000.

If you don't know the story, it is fairly simple.  After the stunning setback of SOPA and PIPA, Chris DODD, former Senator and now current President of the  Motion Picture Association of America, threw a hissy fit on Fox News and openly threatened President Obama and the entire Democrat party by denying further campaign contributions until he "got on board" with the MPAA line.

From the petition web page:

"Those who count on quote 'Hollywood' for support need to understand that this industry is watching very carefully who's going to stand up for them when their job is at stake. Don't ask me to write a check for you when you think your job is at risk and then don't pay any attention to me when my job is at stake."

And just a side note from this blogger....if you hadn't made such a boneheaded statement on the public airwaves Chris, your job was most likely secure for years.  That nasty taste in your mouth probably originates from the sole of your shoe.  Just sayin'.

"This is an open admission of bribery and a threat designed to provoke a specific policy goal. This is a brazen flouting of the "above the law" status people of Dodd's position and wealth enjoy.  We demand justice. Investigate this blatant bribery and indict every person, especially government officials and lawmakers, who is involved."


It was the original people's petition on the Whitehouse.gov website that prompted the President and several of his staff members to address SOPA/PIPA in a manner that did not please Mr. Dodd.  If half the people who poo-poo'ed the relevance of this petition would have taken a minute to sign it, I believe we could have doubled the number of signatures.

But let's look at the accusation of "bribery" in this particular case.

Sure it may be wrong that a corporation or a non-governmental agency can dictate or "purchase" legislation, but it's been done for so long, it is considered business as usual in the Beltway.  For years, the American People have become numb to it as they didn't see any way to bring a stop to it.  Dodd may have succeeded in walking the fine line between open admission of bribery and simply stating the accepted and obvious truth.

Most important legislation can be traced back by following a money trail.

And honestly here....?  I don't think many US citizens are engaged enough to even be aware of the situation....not with a new season of Survivor and Dancing with the Stars just around the corner.  The old saying that "people get the government they deserve" comes readily to mind.

But this petition brings it into public awareness now.  If for nothing else, to see how it is hem'ed and haw'ed about.  The discomfort level should be through the roof.  My personal prediction is, whoever responds to this petition will fall back on the exact semantics of the complaint, and dismiss it on those grounds.

So again, in less than 24 hours, We The People have initiated a conversation about national matters.....Important Matters.  Regardless of outcome, you've drug something from the darkness into the light, and light is, after all, the best disinfectant.

In most circuimstances that is....Washington may be the exception to that rule.

We'll see how the White House couches this.

blather and mumbling provided by Unknown at 9:06 PM

It's not so much that it's being done. It's just that these is the clearest indication yet of it, and it's basically the lobbying firm admitting that it will openly bribe politicians with money for said politicians to meet the firm's goals and that the politicians should listen to money rather than constituents. The issues are that (1) there are so many conflicts of interest with Dodd joining the MPAA so soon after leaving Congress, (2) Dodd is essentially threatening the American people with money, and (3) Dodd basically believes the American people are a joke, and people of course don't agree with that.

I personally think it's a great thing that it is finally getting attention. Given that the White House did come up with a pretty concrete statement in response to the petition about SOPA, hopefully they will do the same this time.
--
a Linux Mint user since 2009 May 1

The United States runs under the illusion of democracy. For practical purposes, it's a plutocracy (http://en.wikipedia.org/wiki/Plutocracy). The same can be said for many Western countries.

I agree with you but from a pragmatic point of view, I hold little hope for reform. McCain Feingold was supposed to address this but all it really did was help others find a way to increase the amounts donated.

Asking politicians to amend or fix a problem that they are part of is probably self-defeating. Every politician on The Hill has taken "bribe" money in one form or another. They are certainly not going to throw stones outside their own glass house.

To the second Anonymous,

McCain-Fiengold was created to aid incumbents. It stopped public discussion 30-60 days before an election when incumbents ALWAYS have an edge unless there is enough negative talk.

On top of that, each one would be known by a majority of his constituents well enough that if he does not represent them he will be out next term.

A website relevant to this topic is EFF founder Lawrence Lessig's 'Rootstriking Campaign'.