Want My Help? Speak My Language.... 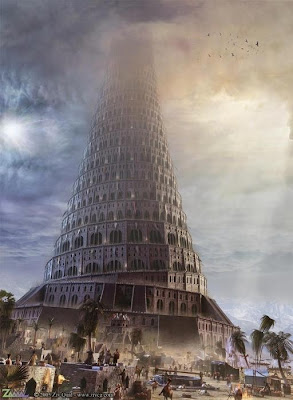 I do my best to stay away from rants.  I've found it to be a truism...no one takes an angry person seriously unless they are brandishing a firearm.  Any common sense or important point the Raving One offers is lost on their less than stable presentation of that point.

There comes a time though when you either have to get it out or implode.  I have way too much to do this next month to do the implosion thing and I'm not one to leave others to clean up my mess, so I'll do this as delicately as possible.

It was a pretty simple thing.  I sat with a 12 year old girl and her dad as I explained how to use their new Linux System.  I spent the better part of 90 minutes working with them and felt confident that I had done a good job when I left.

I wasn't back at the shop 10 minutes when my phone rang.

When I left there, the Internet was working fine.

"So, do your websites load?  Can you get to different websites?"

So I started at the beginning.  I had him make sure he wasn't getting cached pages, I had him trace the network cable from the router to the computer, we did the ping thing both from local IP and to the network.  I had him open up the Firefox preferences and checked is proxy settings and download settings.

"Are they images or music?  I need to know the size of the files and where you are trying to download them from."

Well, as it turns out....he was able to download fine.  It was "what" he was downloading that was causing him problems.

Apps like graboid took their place and basically they are just bit torrent files that have already been uploaded.  The software simply makes sure the movie/music or file you are downloading are somewhat working.

So I had two problems here.  I'm pretty sure that a 12 year old girl wasn't "downloading" graboid.....dad was and secondly, when he said he couldn't "download" anything, he meant that the downloaded .exe files were failing when executed.

So this guy lunches on 20 minutes of my time while I chase around phantom Internet problems and then tells me he is using a computer given to his gifted child for movie piracy.

I was pretty firm, if not too much so in explaining to him....again...that Windows programs did not work on Linux.  I made it a point to remind him that I spent well over an hour going over this stuff with him then spent another 10 minutes on the phone with him explaining the difference between "download" and "install".

I thought I was done.

"Tell me how much memory is in this computer."

I wanted to run my face into a wood chipper, but instead I patiently explained the difference between memory and storage.  But then it kind of got on top of me.

"Randy", I said.  "We brought this computer to help your daughter in her school work.  I'm getting the feeling that she's not going to have access to this computer.  Can you assure me it will be available to her for the purpose intended?"

There was a long silence and just when I was going to reassert my question, he asked me:

I hung up the phone and went to see if the wood chipper had any fuel in it.

I'll revisit the child after Thanksgiving and see if I can't talk to the Mom.  Mom's most often are the brighter of the couple. 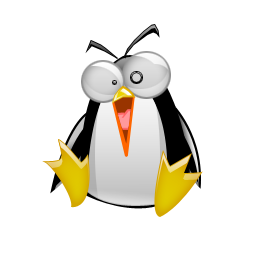 blather and mumbling provided by Unknown at 5:45 PM

Ken - I know exactly what you mean. Bodhi project has been growing and we have begun getting a few "blarg this issue is happening with Linux" posts on our forums when really the issue stems from the user's lack of understanding of how Linux works.

I can only answer so many before I become rude, at that point I just stop responding and let other team member's field their ignorant questions.

I hope this child does well in life in spite of Dad's misplaced priorities. His child is given a computer to improve her education and he is more concerned about what he wants. I do hope Mom is more helpful. I hope you and your loved ones are doing well.
Paul Sams

It's frustrating and seems like a perversion but the best thing you can do for this guy is point him to a torrent client and firmly warn him that the copyright police will haul him off if he fools around with movies owned by jerks. You might also point him towards the Internet Archive, where there's no copyright problems and everyone in the house might learn something. Bring him up to the state of the art. You might also show him how to launch new X sessions, or just how to use multiple desktops, so that the downloads can run while his daughter gets her studies done.

There are many people in the world like this. The one thing I've learned since becoming a father myself is that there are no bounds to human ignorance.

Despite that, we keep on trucking, and do the best we can to steer people in the right direction. I like Will's idea, and think that may be the only thing you really can do short of nothing at all.

on the bright side, i consider it a good sign that it took you so long to write this rant. i mean, you have been doing this for how many years? surely this is not the first time you make such an experience...

At the point where the Dad showed his self-interest with his Daughter's computer, I would have disconnected it, gathered it up and taken it back.

She's better off going to the Library for studies as, likely finding a pirated copy of Windows, he's certain to have a virus-infected wreck anyway.

Last time you ran into this situation, Ken, you ended up putting a BIOS password in to disable boot from anything but the hard disk.

(I'm waiting for Dad to figure out that transmission is probably installed by default in Mint. It is in Ubuntu.)

This idiot isn't smart enough to understand what a torrent is, not to mention how it works or even how to associate it with Transmission. I say if you have another one available, take it to her and just embarrass the jerk by telling him he can mess up the other one all he wants and that should he ever have the means, reimburse you for his "gift".

I often give away computers with Linux on to children who are lacking, and sadly i see this happen a lot.
One child got uplifted into state custody, and moved to another house, i asked her how the computer was going and she told me 'oh my parents would not let me have it, they told me it was given to them, and it was theirs'
Quietly fuming, but quietly assured her i gave it to her for her use, not the parents, and if she wanted it i would go to court over it if need be.

Carla Schroder has written a funny article on the subject, entitled "Joe Sixpack must die".

I'm working as an IT consultant, and from time to time (though rarely) I'm confronted with one of these computer rednecks. I've just learnt to be rude and get rid of these toxic persons.

What can I say Ken? Welcome to the world of tech support. :)

Yeah, I know you're already familiar with it.

Take a break and have a wonderful Thanksgiving. You need it, and probably so do certain other folks close to you.