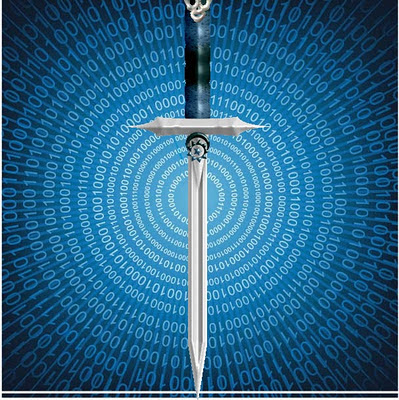 Thomas is a busy guy.  A father of two, he and his wife live in a small town in Ontario Canada.  He holds his college degree in Network Engineering and currently works as a software developer for one of the leading vinyl siding manufacturers in the world.


While Thomas goes about his business in this world, acting all normal and everything, he also dwells in a world where Evil Warlord Wizards cast mayhem and misery on the land.  But all things in balance, Good battles evil, sometimes with ambiguous results.

Thomas is the author of a new book, The Time Weaver.

Look, I'm an old Dungeon Master myself.  I've contemplated and fondled my share of eight-sided dice and I've created worlds where madness is the norm. 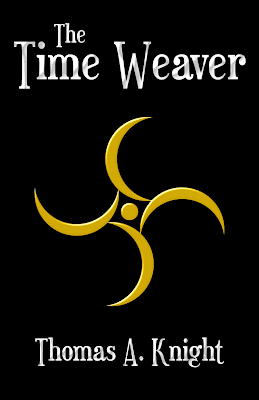 Thomas has not only written a great book for Fantasy fans, he managed to do it using only FOSS tools to get it done.  The humbling part of this...Thomas has pledged a generous percentage of every book sale to HeliOS.

I'll let Thomas tell you about it as his hand wove this book together:

"Every tool used to create this novel, from beginning to end was Free and Open Source Software.

My day-to-day writing is done in LibreOffice, Which has all the features required to produce a print quality PDF output, and a properly formated eBook source file.

To convert the final ODT file into a .MOBI eBook file, I used a great piece of software called Calibre. I can't stress enough how much I love this software. It takes the pain out of the eBook formatting process.

A special font was used to put the time symbol in all the chapter headings and scene breaks. The Font was created by me, in a tool called FontForge which is a great program for creating TrueType fonts.

My cover art, web graphics, logos, and illustrations were all done in either Gimp, which we all know, or in InkScape, which is a great vector graphics program. My wife is a graphic artist, and did all of the graphics and artwork for my book and website.

All fonts used in my book or on my website are free or open source fonts, available for commercial use.

In order to export my final cover art as a CMYK image for printing, I used a special Gimp plugin called Separate+, which does a wonderful job of this. The color profiles used in this process were obtained from Adobe, and are freely available on their website." 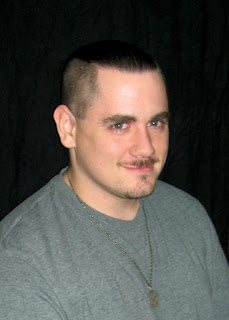 "I've been playing fantasy tabletop role playing games for almost twenty years, and for a long time have wanted to take some of my characters and write their stories down. In November of 2010, I heard about an interesting contest/personal challenge called NaNoWriMo (National Novel Writing Month). The idea is to write 50,000 words in the 30 days of November.

So I signed up figuring this would give me the motivation I needed to get my book written. Alas, it took me until Nov 25 to finally find the inspiration to write something, and it took me the next eight months to finish the first draft. Why open source? Because like Ken, I believe that software should be free, as in freedom.

I don't believe in locking people down and forcing them to use software in the way that I say they should use it. I believe that people should be free to use it in any way they see fit. And if that includes giving them the source code so that they can change it to do what they want, then perfect.

Why support the Helios Project? I've always been a supporter of this project, and believe that Ken and the Helios team are doing some amazing work. They truly deserve all the support we can bring them."


So here's where the fun starts:
Time has stopped...

...and thirty-year-old Seth Alkirk doesn't know why. A car accident that should have killed him instead leaves him wandering through a town frozen in time. When a vicious creature attacks and knocks him out, he wakes up in the world of Galadir with an unknown companion and no memory of how he got there.

Sworn to protect Seth, Malia Corsair believes him to be the last of a race that can control time. She has been tasked with getting him to the safety of Findoor castle. The two journey towards their goal, plagued by attacks from the evil wizard, Grian, who is determined to capture Seth and use his powers to exact revenge against Findoor.

When a greater evil is resurrected, all of Galadir turns to Seth. With dark armies invading Findoor, and a portal rupturing out of control, he is their only hope for salvation. As the last Time Weaver, Seth must learn to control his powers and fight back, or watch the whole world fall to ruin.


Links:
My website: http://thomasaknight.com
My email address (author): taknight@dragon-wing.net
Direct link to my book on Amazon.com:   http://www.amazon.com/The-Time-Weaver-ebook/dp/B0061GJX0U/ref=pd_rhf_gw_p_t_1
You can purchase my book in EPub format here.

So spend a couple of bucks and immerse yourself in a great fantasy for a while.  There's not a loser among any of the choices here. 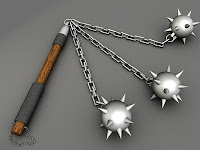 blather and mumbling provided by Unknown at 11:17 AM

Gonna get that book!
But Amazon doesn't play nice with
Linux.

You need Google Chrome.
From there you go to
Amazon Cloud Reader and
then follow the weird instructions.
Make sure to click that "offline"
thingy when it tells you to click
the offline thingy or you cannot
read your book offline.

If anyone has a less convoluted
method to get an Ebook from
Amazon please let me know.

Bob: If you have an Android phone or an iPhone, Amazon has a free Kindle app for those platforms. Also I've heard it's possible to get the Kindle App for PC working in Wine.

Worst case, if you can't get it, drop me another email and we'll set something up.

Vince-O: Thanks, I appreciate it.

So after some research of my own, I've discovered that the Amazon Kindle Cloud Reader does in fact work in Firefox 7.

Go to http://read.amazon.com and just follow the instructions there to get it working. I had it running in literally seconds, and it will work with your existing amazon.com account.

I just finished The Time Weaver and thoroughly enjoyed it. Very good work Mr. Knight, and double good work on supporting The HeliOS Project. These guys have been some of my favorite do-gooders for years.

I not only bought the book, I will purchase ebooks for several of my high school-aged nieces and nephews. Many of them like the Fantasy genre.

I'm not much into fantasy but I bought the ebook to support HeliOS. Surprisingly, I enjoyed Thomas' book. Thanks for helping HeliOS. They've had some tough roads to slog down money wise. I personally appreciate you doing this for them.

Michelle, Anon: Thank you so much for the wonderful words. I Would love it if you could drop a quick blurb in an amazon review if you wouldn't mind. If you do mind, no worries, but it would really help me. :)

Some people have expressed an interest in an ePub format book. I'm happy to say that the ePub is now up for sale at:

Same deal, a portion of the proceeds go to the Helios Project.