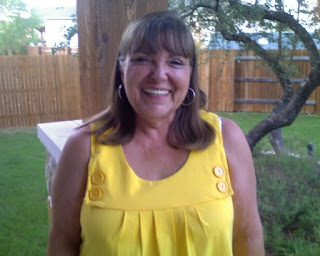 For the briefest of moments, it was as it was supposed to be.  I was driving, Diane was sitting next to me, chatting about some thing or another and me nodding my head as if I was really listening...

But a glance sideways reminded me it wasn't like that anymore.

The left side of her face sags slightly, as does her left eye.  Her voice is surprisingly clear and tight but an extended conversation reveals the slurred speech and the fatigue that sets in from it.  Her body lists to the left because a monster within her has rendered that side of her body almost useless.

I drove Diane home from the hospital with the weight of one fact bearing down on me.

I am her primary caregiver.

I want you to remember that 3 short weeks ago, this woman was an unstoppable force as she cleaned floors, painted walls, nailed pictures and decorations, polished, arranged and rearranged computers and furniture within the new HeliOS facility.

Today she struggles just to swallow.

As I type this, she sleeps fitfully, not really able to find a comfort spot but needing rest and healing that sleep will bring.  Her breathing is deep and relaxed at times, but then she will gasp as she struggles to make the muscles in her throat and diaphragm work correctly.

While Diane was in the hospital, I had the chance to visit other stroke victims and speak with doctors who specialize in treating this affliction.

No, it's not an affliction...it's a monster.

A monster that indiscriminately picks and chooses what body functions it will tear asunder...a beast that is neither predictable or gentle and one that lays waste to one's mind and body.

Diane accepts the fact that it will take months to get even 50 percent of her function back.  She accepts that she is genetically predisposed to this disease.

But she also realizes that she has the power to tell this monster to sod off.  She's a strong woman but the tears come when her strong will is unable to command a weakened body.

She feels the disconnect and despises it.

And I love her for it.

While she is unable to do so herself, she has asked me to thank you for what you have done for her.  She had no idea that strangers would care so deeply, or even care at all.  Because of you, she has the utilities and tools at home to begin her recovery.  Her wheelchair and other accessories alone cost over $1200.00.

So from Diane and her family, thank you.  There are still things needed, simple things really but things we will get one way or another.

One thing she has received is your love and concern.

And there isn't a paypal payment in the world that can equal that.

blather and mumbling provided by Unknown at 9:03 AM

For a number of years I've been reading the blog of someone who also seems to be an unstoppable force, care to make a guess. From my own personal experience as a car-giver I have to tell you to cut yourself some slack when needed, it will help you. Best wishes to both of you. Dianne, I hope you continue to get better.
Paul Sams