Aaron wasn't much interested in what his friends were doing.  They were busy trying to choose a game to play on agame.com.  Aaron wasn't having any of it.  He stood beside me as I coaxed the wireless connection to life on another machine and asked me if there were any math games. 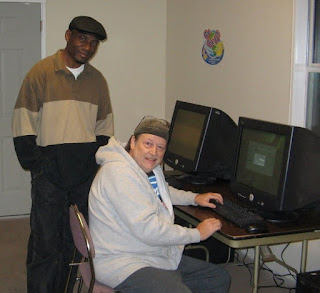 The Little Ebenezer Baptist Church in Hutto Texas is the newest home to a HeliOS Project Linux Learning Center.  The center is built in a small church annex but all area children are allowed to use the computers, regardless of their affiliation.  Skip Guenter Our Director of System Engineering is the driving force behind  making this happen...because as it happens, Hutto is his home.  Skip knows who is in  need in Hutto and he saw to it that need was met.  While it isn't anywhere near our biggest project, it is going to have an impact.

"Are there any math games in that computer sir?"

You bet there are Aaron.

Skip is working with the manager of the Annex to arrange weekly classes for local people who want to learn how to use a computer.  From what we have seen at The Bruno Knaapen Center, we will have equal numbers of adults to kids.

That's fine with us.


While most children Aaron's age are more than happy to make bunnies jump over mushrooms and race little cars around a flash-based gamescreen, kids like Aaron inspire us to get stuff like this done.  As of now, there are only 4 machines in this center.  Judging from the competition between kids vying for computer time, I'm thinking we might have to adjust some table space and install two more.  That will take up the remaining space comfortably available for machines there.

Flash back 60 minutes that same evening... 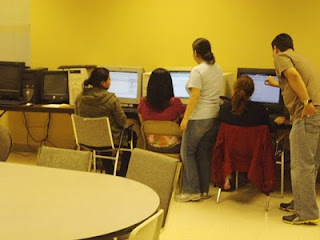 The Bruno Knaapen Technology learning Center is a hub of activity for us on Wedensday nights.  That is the night our Directors go there to teach basic computer and Internet skills to those who need to learn them.  Most of our students are Hispanic and not native English-speakers so we rely upon the good nature of Christine and Ceasar Collazo to translate our lessons into Spanish in real time.  Non-English speakers are clustered into groups of three to make it easier to teach.

It gets interesting to say the least. 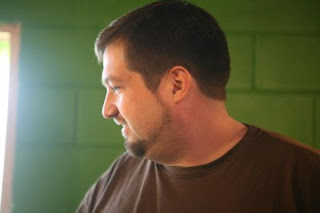 Tom King, our Network Director is currently working with Caesar and Christina in setting up a project for the summer to teach kids to build their own computers.  We've had a great response from some of the parents in the area for Tom's idea.  As Linux Against Poverty 2010 enters it's hard planning stage, we are hoping to have plenty of machines to work with for this project.

As of now, we are critically low of both machines and funding so any further efforts are going to rely upon the good nature of this community to get it done.  While we have no shortage of grants that now want to pay for vechicles, office space and computers for our administrative use, we are finding it difficult to nail down funding for day-to-day operations.  We don't want to apply for grants for things we already have...that just makes those resources unavailable to someone that really needs them.  We already have the things they are offering.  If you can give us a hand, it would be greatly appreciated.  As of now, we are to a point where we just can't do much more without some help.

I will be meeting with Lynn Bender, the creator and force behind Linux Against Poverty this week.  Once we get some things ironed out, I will publish the information here.  We already have a greater number of volunteers to man the triage and repair tables than last year.  Of course, our goal is 100 computers more than the 200 we put into service from Linux Against Poverty 2009. blather and mumbling provided by Unknown at 9:17 AM

You guys are doing such great work.

Got my income tax back today, and so I've sent you a donation. You need it more than me. :) It's not much, but I hope it helps.

just wondering if you've heard of Userful, which is supposed to allow 1 computer to serve 10 users. They even have a free 2-user download you can use to test the concept. This might be useful when you're setting up labs. Just a thought.

Ken, it tickled me to no end to have my soon to be father-in-law flash me one of your business cards this weekend, saying I need to meet you and that you're doing great things down there in Austin. He and his wife are involved with the little Methodist church just behind the Home Depot off of 79 in Hutto.