A Monument for Bruno 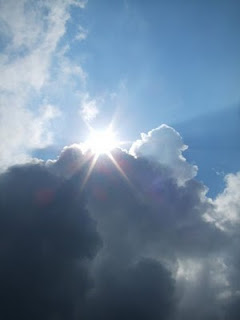 Last week, I was notified that a long-time Linux Advocate is dying.

His name is Bruno Knaapen and he has brain cancer.

Honestly, I don't know what to say.  There are not any words that I can give him or his family that communicate the gut-wrenching sorrow I feel.  The fear...the inability to stop the inevitable.

I don't do well with the whole "death" thing.  Having fought this Monster for my own life, I take it a bit too personally, and when it attacks a friend, I feel like an impotent bystander watching a murder.

So I do what I can.  I come here to celebrate Bruno's accomplishments and triumphs with you....a few of them anyway.  I simply don't know what else to do.

I started my Linux career much later than most of  you.  Linux came to me as an epiphany...a revelation that changed the way I lived my life.

Still, I had to have a source of reference...a table where I could study this and learn as quickly as I could.  I found that source, and in the ensuing weeks and months, rarely did I have to go elsewhere to get the knowledge I needed.

I found it at brunolinux.

And the Dedication of Bruno Knaapen.

Bruno has kept this simple yet all-inclusive learning site up and running for years...but now, we should concern ourselves for it's fate...

For who else cares for something as much as its creator?  If you care to help keep this site alive, contact vtel57 at gmail. com.  You can do so directly here.  We will be doing our part to do the same.

I did not come here to write a eulogy...Bruno is still with us, in the loving care of his children and grandchildren, but the time approaches none the less.

So it is here that I will announce the initial planning of the Bruno Knaapen Technology Learning Center.  It will be built in Austin and it will serve those who need it most.

Bruno Knaapen served them without hesitation.  He did so mostly at his own expense and on his own time.

He did what he did because he cared.

Bruno, you made a difference.  If you take anything from us through The Veil, please remember that.

You made a difference.  You changed our lives.

With our Love Bruno... 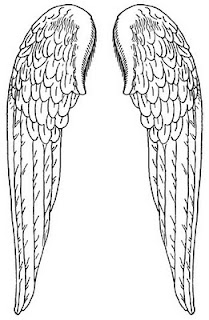 blather and mumbling provided by Unknown at 9:19 AM

Thank you, Ken. Thank you for so beautifully honoring our favorite penguin.

Please allow a Windows user to say thank you, not only for your beautiful tribute to a wonderful person but also for helping ensure his teachings live on.

> I take it a bit too personally, and when it attacks a friend, I feel like an impotent bystander watching a murder.

We're all impotent in the face of our final adversary Ken.

All I can offer is my sympathy and grief at the loss of a kindred spirit.

I will be checking your blog eagerly for news on the progress of the Learning Center. It's an inspired idea and a fitting tribute to Bruno.

If there is one single thing I have learned from the open source community is that community equals family. I too also commend you for the wonderful post so full of feeling and the desire to build the learning center in Bruno's honor.

Thaank you for a fitting tribute to Bruno . I am not much with words so all I can add is MAY GOD BLESS YOU BRUNO AND YOUR FAMILY AS WELL and Thank you so much for all your help over the years my friend