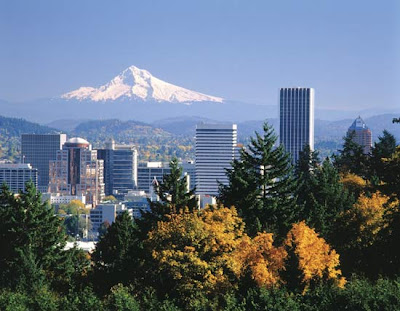 To the surprise of many, Lindependence 2008 did not end in Felton California. What many thought to be a publicity stunt has proven to be exactly what the founders planned for it to be...a template. So where do we go from here?

While the initial founders of Lindependence could have looked back on Felton with rested satisfaction, neither of them decided that was what they wanted to do. When David Kaplan and Tyler Bearden approached Larry Cafiero about conducting the event in Portland, Larry and Ken were more than glad to help. With a bit of guidance from the founders, David and Tyler have worked hard to bring this next event into reality.

Now this event has a bit of a twist. Tyler Bearden works for TouchStone Technology. They are a Novell shop so they have an obvious and vested interest in the proliferation of Linux. Open Suse will have a dominant presence there. Again, if the people from different distros don't step in, then they won't be represented, manpower or the lack thereof just won't allow it.

TouchStone Technology has agreed to physically host the Portand project. When asked about why he got involved, Tyler was up front with us.

"I believe that Linux is finally to the point where you can easily pick it up with out too much of an issue, I also believe that when you stop supporting the technology giants it forces them to take a step back and think 'what can i do to my product to make it worth the money that consumers spend on it' in other words why spend $200 when you can get it for free?"

Free indeed. That was one of the real surprises to us in Felton. Mainstream coverage of DRM and Trusted Computing has gotten the attention of the "common user". People are tired of having their music and data restricted and to be honest, "licensing" of these items is no more a hindrance to many than an invisible fence. However, given the chance, people generally will keep themselves honest if they feel they haven't been cheated in the first place. It boils down to one simple thing.

If they feel they've been screwed, they have no qualms about using the data or music to suit their desires...licenses be damned.

Prior to The Portland event, I made over 150 random phone calls using the Portland Oregon directory and took a sort of survey/opinion poll. This is no where in the ballpark of scientific so don't read into it what isn't there. After I qualified them as computer users, I wanted to know a few things.

Identifying myself as a computer user's advocate, I asked them four questions.

1. " What do you find most annoying or troublesome in your computing experience?"

2. "If you could change one thing about the way your computer worked, what would it be?"

3. "Have you ever been attacked by a virus or trojan at home or at work?"

4. "If there were a system available to you free of cost that wasn't prone to viruses and
trojans, would you use it?"

Out of a total of 166 phone calls made, 137 of them identified themselves as computer users either at home or at work. This is what surprised me most.

Out of that 137 computer users, 119 of them reported to have been attacked by a virus or trojan. Out of that same number, 93 of them stated that they would indeed switch to another system that was not vulnerable to viruses OR that needed antivirus software.

And the first question...? " What do you find most annoying or troublesome in your computing experience?"

The fact that they have to constantly update their systems and pay for their antivirus protection. 71 people out of 137 said that they found this to be the most annoying thing in their computing experience. The second most reported complaint was that of slow or crashing computers.

So...for those that think marketing of Linux is a wasted effort, let's take a look at the people reporting these things...and if you think my numbers suspect, then do your own survey. They simply told me things I, and most of us already knew. People are ripe for change...they simply need to know they have a choice.

So Lindependence marches north to Portland. You can already see it's affects in parts of Europe where they had their own style of a Lindependence event.
This is just one shot of the project in Italy. 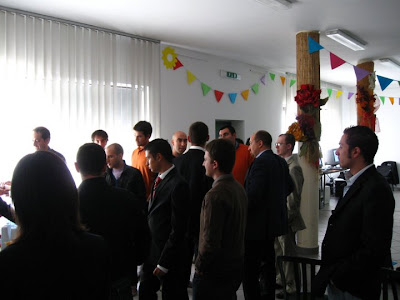 There are other Lindependence events being planned as we speak. New Mexico, California, Colorado, New Jersey and Florida are just a few of them that are in the inital planning stages. If you want to find out more or see how you can get involved, visit http://www.lindependence.net.

And as for marketing? Watch this space in the next 48 hours. We will publish a special article on one guy who spent the money to advertise Linux.

It is beginning to happen folks...stay tuned.

blather and mumbling provided by Unknown at 10:53 PM

Whoa, Ken! Don't be too quick to throw your numbers under the proverbial bus. I once took a college journalism class (in my youthful idealistic days) and I remember them saying that with a sampling size of 100, the "margin of error" was just 6 percent. Interestingly, a sample size of 1000 gives you only a margin of error of about 3 percent.

You have some excellent results there!

It's especially worthwhile because your questions seem to not advocate one side or the other - in other words, they're worded pretty neutrally, and gave you some good responses.

Keep up the GREAT work!

You are a brave man Ken. I hope none of your contacts were to people like me. I've been known to be quite terse and short with unsolicited phone calls. Especially if it's for something that's "free". Of course, I do know the score but if I was unaware of my choices... click.

That must have been hard work but in all my wanderings, end to end, of the Internet, I've never seen such data. Thanks.