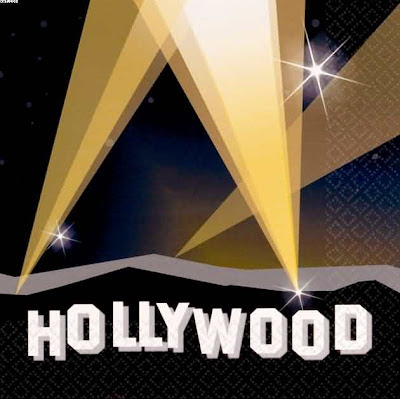 And now, having absolutely nothing to do with Linux......

Yesterday, I stumbled onto an Honest-2-Emmy movie set.

On BonnieBrook Drive, which runs off of TeraVista, which itself runs off Southwest Parkway, I ran face to face into James Spader...along with about 300 other people. Having business in that neighborhood, I had no idea a movie was being shot when I first came upon the street I was looking for.

When I turned onto Bonniebrook, I was just about stunned. The half mil per house neighborhood street was absolutely trashed. I mean really trashed...limbs and garbage strewn from one end of the two block street to the other. Yards had junk and paper blowing around in them. I was trying to figure out what had happened. Maybe a "straightline" wind? Kind of a sideways tornado that Texas seems to have their fair share of? Maybe some of the most industrious vandals in the business? There were two motorcycle cops at the end of the street but they didn't even give me a second glance. My first thought was that they were securing a crime scene.

Obviously not...they let my unmarked white passenger van in without as much as a nod.

When I got to the end of the cul-du-sac, it all made sense. The props department was set up there along with a dozen or so trucks, tents, extras milling around a buffet table and giant fans with THE big lights scattered about. James Spader was standing there in the driveway of the house I was to do the install in. WITH who I later found out to be Robert Rodriguez....who knew? I walked up to him like we had been friends for years. I said the only thing I could think of to say. I looked him dead in the eye and held out my hand to be shook...

"I think I have Mad Cow Disease."

Of course, he immediately laughed. He shook my hand and introduced me to Mr. Rodriguez.
He obviously thought I had important business with him...at least he acted as if he thought such silliness.

Oh, if you watch Boston Legal, you get it the Mad Cow thing, if you don't...it won't make sense anyway. I briefly explained who I was and what I was doing there. Without blinking, I asked them if he knew if Linux was being used in the production of the film and just by the way... what film was being shot? Fully expecting him to look at me like I owed him money, I didn't foster one ioda of hope that he'd answer me. The "man" standing next to him told me that yes it was, as a matter of fact... in some of the editing and graphics capacities. He asked why I asked.

James Spader was called onto set. He clapped me on the shoulder and pointed his finger at me as he walked away.

"We'll pick this up later"

I smiled and pointed back at him and mentally said: "Huh"?

He still thought I was "Somebody." That's too funny.

The movie name is "Shorts." It was 5 pm in the afternoon on the tenth of June...The day I shook James Spaders' hand and convinced him I was "Somebody".

OK...enough of my near-misses with fame...Let's get ready to go to Felton.

Maybe I'll run into Clint while he's out slumming. 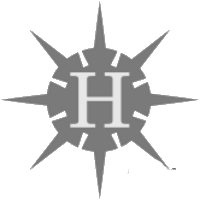 blather and mumbling provided by Unknown at 3:05 PM

No more...more! Please? Tell me anything about James Spader that you remember.

My wife says I might be getting Mad Cow and my father definitely has it already.

Good news is that some "real" people already know about our little hobby.

I think I might have breathed the same air as Frank Zappa back in 1967 but that's as far as my brush with fame goes. It's nice to experience something "completely different" once and a while. Now if Hollywood could make a move about Linux instead of just making a movie using Linux.

And speaking of Frank Zappa...

Stationed at Fort Huachuca Arizona (pronounced Wha-choo-ka)
with the 40th Signal Battalion, 7th Signal Corps, I was already surrounded by the famous. Uh-huh...I said Fort Huachuca (pronounced Wha-choo-ka)...out in the middle of Nowhere and about 17 miles from Bisbee. As a side note, I used to play piano for drinks and tips on the weekends at the now defunct (read tore-down) Copper Queen Hotel. There might be 50 visitors to this blog in the next 100 years who actually spent time inside that place but it was amazing, having served as a hotel, whore house and gaming establishment for the Copper Miners of old. Long aside, huh...?

The gymnasium that sat to the north of our headquarters and across the street was the "official" training facility of the Harlem Globtrotters. It wasn't odd at all to go over in July and August and see the entire team in drill...a team which in that period stayed fairly stable. Most of the troops stationed there didn't think twice about going over to watch them work out.

I know it was in July because I had just gotten back from the closest place to hell there is and was given the gift of a one year tour in my home state. I was sent over to the Field House by my First Sergeant to pick up some paperwork and return it to him. I walked into the huge auditorium and was almost apologetic to the silence for my boots making such a loud noise on the floor. The place was dark with only the light from the skylighted roof stabbing the darkness from place to place.

I turned toward the pull-out bleachers and made out the outline of a man sitting there amid two dozen basketballs. I approached him, not knowing if he was Active Duty or Civilian.

The guy stood up...and stood up and stood up until almost 7 foot of him was looming in front of me. Without any explanation, he put his island-sized hand on my shoulder and guided me a few feet back onto the floor.

"Stand right there. You don't have to do nuthin'...don't move, I'm not going to run over you or anything.."

I nodded as I watched Marques Haynes dribble the ball for a few times then he drove at me.

For those who don't play basketball or enjoy the game, you have no idea how physical a game it is. 7 foot of sinew and muscle raged at me and for all I could tell, he wasn't going to be able to do anything but run me the hell over. Just when I thought my dinner plate at home was going to be broken, Haynes turned while he dribbled, in a way that I thought impossible for a human to turn, and while 7 inches from my face, flung the ball side-armed around my head.

We were standing just past half-court from the basket and I didn't get to see it but I heard the "Swish" of nothing but net. I just stood there, not sure what I was supposed to do as he walked off the court, back to where he was sitting. He picked up his notebook, placed his glasses back down on his nose and started writing. 15 seconds later he looked up at me and quietly said'

I had no idea who Marques Oreole Haynes was. So it is with many people we "run into" in our lives.

Nothing spectacular here to see...just an odd event I wanted to share.

Oh please tell us more, what was he wearing; how did he look, anything, just give us more.

He was in full Cher drag and wondered aloud why you hadn't called.