Boy Howdy, This Got Stupid In A Hurry...

Yep, this just went from zero-to-holy-frickin'-cow-stupid in a hurry. Why?

Perks offered in our fund raiser to get a decent delivery vehicle for Reglue and our Reglue kids. Y'ever see one of those bench-clearing brawls where both teams come out of the dugout and there's a melee that encompasses the whole infield?

Then how about that cartoon where it involves a number of fist fighters inside a dust cloud, with just a fist or a leg or other appendage showing every few seconds? Y'ever see that one? 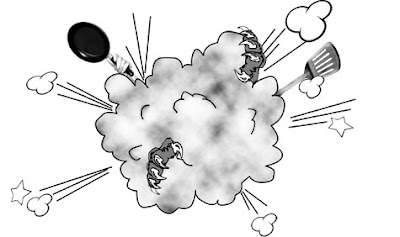 Yeah, thought so. That's what my email inbox resembled in the past few days. It's slowing down now, but for a while, I thought I'd need to strap on my kevlar and drop my face shield just to answer my emails.

Here's how it started.

We are offering some sweetheart deals for donating to our vehicle fund raiser. We are using an online fund raising site that makes it fairly simple to raise money. We use Indiegogo.com because we are not offering a tangible product. Kickstarter is for production of solid, material items to be manufactured and sold. We aren't making or creating any product, so we don't qualify for a Kickstarter fund raiser. And to emphasize, we've used Indiegogo to raise decent amounts of money for Reglue in the past. So we opened our fund raiser there in order to gain enough money to buy a decent vehicle for Reglue.

It's not going as well as I hoped it would but we've got just under three weeks to go. We want to raise a minimum of $5,000.00. At the time of this posting, we have just broken the 3K mark. My thanks to all of you, regardless of donated amount. Thank you for helping us when we really need it. It looks like it's gonna take a hail Mary pass to pull this off.

I began getting the emails after the first week of our campaign. Messages asking if Windows was on the computers we offer as perks. If you have not seen the offerings, you might want to take a look. These laptops are nice and some are touch screens. The 15.4" Samsung is especially nice. I don't have the need for that much horsepower but many of you do. That computer is in refurbished condition and is a luxury laptop in my eyes. Of course, I'm used to my old IBM/Lenovo X60s and T-500 ThinkPads, so imagine my surprise when I opened that monster Samsung for the first time. Luxury laptop indeed. 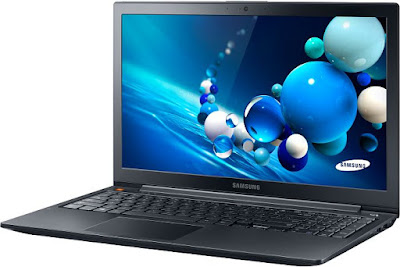 And the price? We just dropped it to $500.00. That's embarrassingly low for a laptop of this quality.

I was emailed in the second and third weeks and asked if I was going to put Windows on these laptops. I answered promptly that no, we would be using Linux on these offerings. About the forth email I received that first week, asking about Windows installs, I rang up our Chief Hardware Engineer, Pete Salas, and asked him if we could put Windows 10 on some of these Samsung machines. He answered yes and two days later, four of those extremely nice Samsungs were sporting brand new Windows 10 operating systems. If people want Linux on them, we will include a bootable flash drive with the distro of their choice at no cost to them and they can do with it as they wish. The motivation behind such a seemingly drastic move is success. A few people walked away from these perks, when they believed there would be no Windows option for their donations. That would have been $1,100.00 in donations.

Mentioning that we had taken this route on my G+ page drew criticism from some and sharp criticism via my email. A couple of those emails were from people I have associated with for a number of years and one of those decided that it was the time to label me as a "sellout".

Seems the harder I try, the more I alienate some people. See, here's how it goes boys and girls...

I am the Executive Director and Founder of a  non profit. I started this effort with abouit 300 dollars in the bank and an idea of what I wanted to accomplish. We exist for one reason. One single mind set. We exist to help every disadvantaged kid we can. We want to make sure they have a computer and an internet connection so they can compete with their peers. It is my job to insure that we have the means to do all the things mentioned above. I have to raise funds to do all of that. I despise fund raising but it's what I have to do. We are perilously close to scaling back by 75%, our operation because we do not have a vehicle in which to do our job.

I'm not going to let that happen. I will sell my blood for Pete's sake, in order to keep our doors open. If the market is asking for a certain configuration and system, then we meet those market demands when necessary. So if you want to criticize me for putting Windows on some of the computers we are offering, You go right ahead, but remember...it's not you that has to answer to your community when you cut back on production. It's not you that has to look that kid in the eye and explain that (s)he may not be getting that computer that was promised.

It's not you that has to stand by and watch a decade of work dwindle to nothing. I've divorced since taking the helm of Reglue. I've seen every one of my siblings die. My doctors have fought off stage 4 cancer and all the while, nursing my life partner back to health after two strokes. Through it all, the doorway to my organization remains open and we remain an active and vibrant part of this community and the Global Linux Community at Large. So, if putting the Windows operating system on a few computers in order to raise money we need prompts you to cut ties and leave...well, you just go right ahead. I suppose we'll see you sometime down the TimeLine, But take heed...That door closes abruptly so mind your backside as you exit.

And for those of you who have helped us toward making our goal, I cannot thank you enough. And yeah, I've had a couple of rows that were tough to hoe, but no worse than many of you have experienced. The Global Linux Community. We all struggle at times to do the things we love to do. Things we have to do.

You people rock and I make sure every recipient of a Reglue computer knows that. Every one of them. It is I who is humbled to be in your midst and to do your bidding. 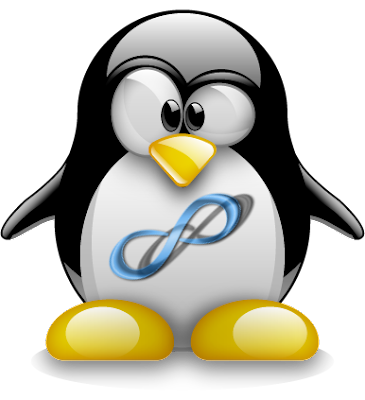 blather and mumbling provided by Unknown at 11:31 AM

I think you should give serious considerations to those who complain - if they show up with a $500 check first.

You have a job to do. It's one you want to do, and one you believe in. You need resources to do that job. If Windows is the tool you need to use to raise the funds to accomplish your task, then use the tools at your disposal. And don't worry about us. Those of us who have supported you in this effort, and support you monthly, will continue to do so because we believe in your goals too.

Thank you for keeping up the good work, and keeping your eye on the goal.

Talking about Ken being a sellout seems pretty outrageous to me. After all, when one thinks about the FLOSS cause, Ken's strategy is absolutely legitimate: in the long run, if an adult gets a Windows machine (out of recalcitrance or whatever reason), but that action gets a GNU/Linux computer on the hands of a child, the FLOSS cause wins. And wins BIG time.

Ken, thank you for your effort. Children will stand up one day as adults with a different future (and vision) because of your work.

I assume these machines came with a license key that qualified them for a free W10 upgrade, so no extra cost involved.

Go for it. You do what you gotta do.

Ken, I just left a contribution at Indiegogo in memory of Bruno K. I really hope you meet your goal.