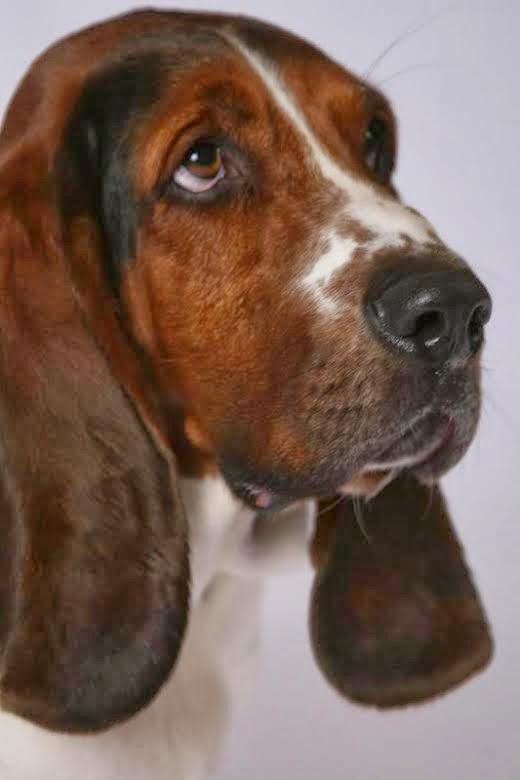 EDIT...the kids have successfully raised the money to get Dryfus taken care of and they request you not send any more money.  They don't want to have to send your money back so thank you.  Thanks a million to those who helped them out.  We'll be in touch.

Most people who read my blog know that it's a rare occasion when I write something completely foreign to Linux and FOSS.  My ordeal with cancer was one of those spaces in time.

And this will be another one.

Diane's daughter and her husband Michael have joined us in Texas.  Originally from the Portland Oregon area, the job market  for their profession fell victim to a slow economy and outsourcing.

They are both tier 3/advanced technical support specialists for several ISPs, hardware and software companies.  They will be staying with us until they can get on their feet.  Personally, I enjoy their company.  Both are spontaneously funny and extremely smart, rarely is there a dull or solemn evening in our home.  Both have jobs with a government agency and will start work in a couple of weeks full time.

They do not have children but there is a third member of that family and that member is Dryfus.

A few years ago, some complete idiot abandoned this beautiful guy at a boarding kennel.  When the kennel gave him to a shelter for adoption, Hillary and Michael fell completely in love with him.  He is an old soul...gentle and loving.  He loves and trusts easily and he has won my heart as well.  Best of all, he was welcomed by our two "kids", Astro and DeeDee.

Dryfus is 10 years old and came with a known problem of ear infections.  As you can see, basset hounds have a lot of ear to infect. After a while, it became obvious that his ear infections were not going to respond to tried methods of treatment.  This poor guy walks and sits with his head cocked to the right, as if trying to let the pain drain away.  Michael and Hillary clean his ears several times a day and I've even taken up the duty when necessary.

His problem was diagnosed as a severe food allergy.
Dryfus  eats a special food and 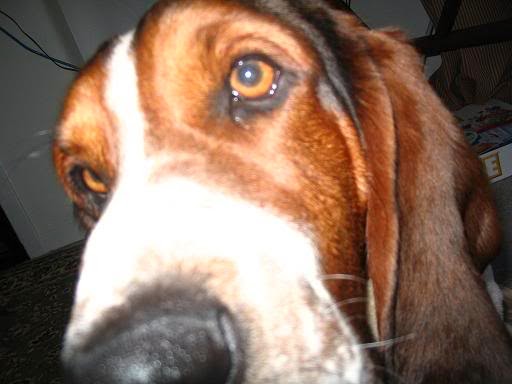 cannot have anything besides his regular food.  Every now and then he gets the treat of a carrot.  He loves them.  But even with a strict diet and little to no other foods given him, his infections have progressively worsened. At times, he finds a corner of the living room and curls up into a crescent and cries.  It's gotten to the point where he has to be given Tramadol to ease the pain.

Michael and Hillary love this boy...they love him so much that they are willing to send Dryfus home before allowing him to hurt like this.  In our family, we don't "put dogs to sleep" or "put them down".

We send them home.

As a last resort, Hillary and I took Dryfus to our Vet, Dr. Arlon Graef here in Taylor.  He is without hesitation the best vet I've ever used.  Astro and I were in his waiting room on a day he had to send a family pet home.  He wept openly with the family afterward....the entire waiting room was in tears.  He's a wonderful man as well as a fantastic veterinarian.  But he told us not to jump the gun.

The vet told us that food allergies in dogs tend to be more complex than just one source...in this case, Dryfus was diagnosed with a protein allergy.  He said it could be in combination with gluten or other parts of the food. Dr. Graef has referred Dryfus to a canine allergy specialist who will run a set of allergy panels to exactly pinpoint what allergies Dryfus is suffering.  Dr. Graef said that this specialist has over an 80 percent successful treatment record and he wouldn't refer us if he didn't think Dryfus could be treated and finally pain free.  But that's the rub.

The test panels are going to run between $500.00 and $700.00 and the kids are 45 days before they see a full paycheck.  Most of you know that I am church-mouse-poor, but I choose to be so.  Even with that, I have given Michael and Hillary $50.00 to put toward those tests.  I told them that I would talk to you and see if we might get some help from fellow dog lovers. I know it's not really a priority for most folks but for Michael and Hillary, they are at a point where they might not have any other choices.  It was suggested that an Indiegogo.com fund raiser be started but we don't have the luxury of that much time. In the grand scope, $700.00 isn't that much to raise, at least in the eyes of Indiegogo. 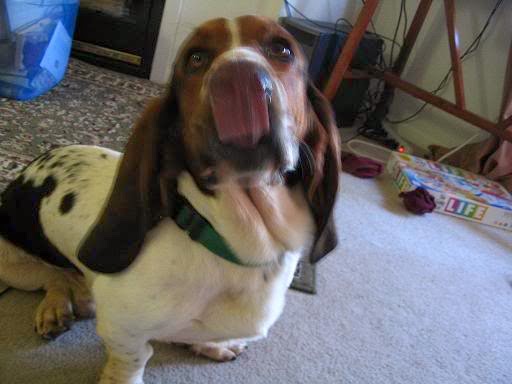 So I'll make you a deal.  I don't want you to donate money.  I want you to make me a loan of whatever amount you can spare and I will stand good for it over a 90 day period. I mean, if it's only 5 dollars, there are enough Blog of helios readers to make this happen.  If you want to help these kids, you can do so via paypal with Michael's address - kingofdarkness79@gmail.com. Just email me and let me know the amount so I can keep track of what I owe you. Any funding that exceeds their need will either be refunded or redirected for his continued treatment.

If paypal doesn't work for you, you can contact him at the above email address and arrange for other means of help. I will consider this a personal favor as well as a personal loan.  Dryfus doesn't need to go home.


blather and mumbling provided by Unknown at 10:30 PM