Putting Technology into the Hands of Tomorrow 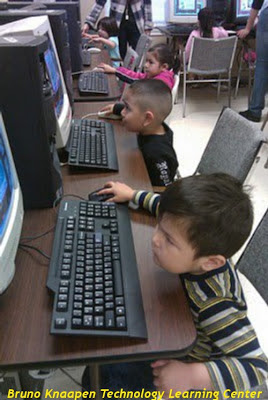 While our main focus is insuring that financially-disadvantaged kids have a computer, we often answer the call for a more community-oriented effort.

A few years back, Christina Collazo asked us if we could put together a community computer center for her non profit.  It was to be a 25 seat facility, to be made available to the people in the surrounding area.  Christina didn't think she had a chance in a million for such a large center but she figured if she went big, she could at least have a few computers for the project.

Christina was more than amazed when we said that we would put it together.....

To this day, the computer center is still open and functioning...available to anyone that needs to use it.

The center was named The Bruno Knaapen Technology Learning Center.  It was named after Bruno Knaapen, a selfless and humble man who devoted almost all of his spare time to helping those who wished to learn Linux.

Bruno was the person who first taught me scripting and the ins and outs of Linux.  I think of Bruno every time I open a terminal.

So when a local group asked us to help them with a six seat center within their
church, it was like being asked to do something easy...

Easy is not having to carry 23 inch CRT monitors in +90 degree heat.

And since the center will be open to people in the area that have a need to use a computer, we of course agreed. 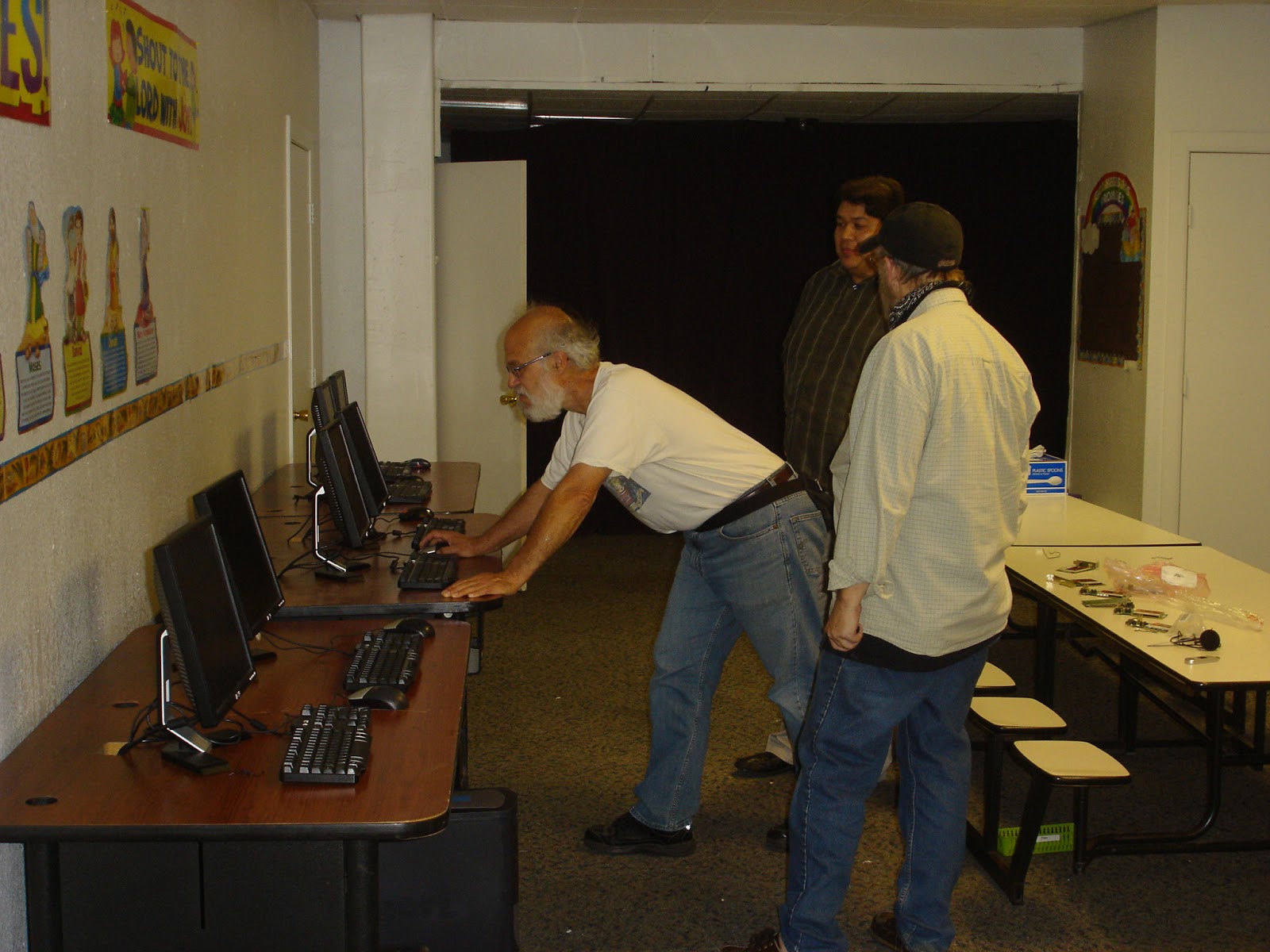 Rudy Chukran, a fantastic volunteer for Reglue, met me at the shop in Taylor 30
minutes before the project start time.  We loaded all of the equipment into the Explorer and made the six minute drive to the Oasis Church.  Rudy is seen at the right photo, putting the finishing touches on each computer system.

In comparison, it was a fairly easy install.  The center is powered by the Edubuntu or Zorin Educational releases.  Both are great systems and the included software can aid students from kindergarten to post secondary education.  These choices are temporary until the release of SolusOS 2.0.  Ikey Doherty and Justin Krehel are getting ready to release their first beta soon, and from that will come the Reglue.org respin...a special release of SolusOS that is tailored to meet the needs of our Reglue kids.  Oh, and the name for that release...? 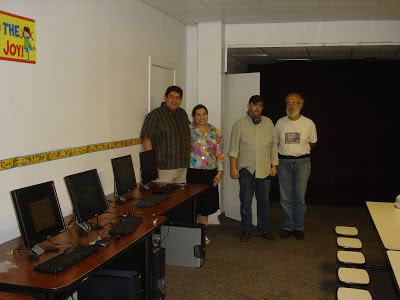 Raymond and Mary Flores were a great help.  Mary is the President of Oasis Church and Raymond is the Director there.  They did a lot of the grunt work in getting an access point strung out where it would aid the center's wireless signal.  They also made sure all the desks were in place and ready to do when we walked in with the equipment.   Raymond, Mary, Rudy and myself get a group shot of those who helped with the install. 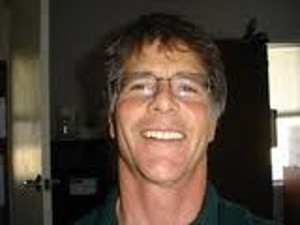 But most conspicuously missing is John Matthews.  John will be taking over the HeliOS bi-weekly classes, held for adults who have few if any computer skills.  While I am recovering from cancer treatments, both my voice and my hearing are collateral damage from the treatments.  Since I cannot speak to teach and our main instructor, David Ashley has to come in from Austin to teach...John stepping up to take over the classroom was indeed welcome.  John is heavily involved with the Taylor Community, both within the Taylor Independent School district and as a citizen of Taylor.

I want to note that 4 of the 6 computers placed here are donations from Austin ENT Associates.  My personal Doctor, Dr. Peter Scholl got the ball rolling for us on this donation.  Dr. Scholl is quarterbacking my cancer treatment.  When we received the donation from Austin ENT, I upgraded 4 of these previously installed machines with those from Austin ENT.  They were much nicer computers.  The rest of the machines donated by Austin ENT will be deployed between September and October of 2013.  We have a busy school year ahead of us with 129 installs currently scheduled.

Technically, everything went off smoothly.  Had it not been for Mark Van Kingsley, setting up the network for this center would have been pretty rough.  Mark purchased and shipped us the USB wireless adapters we needed to connect these computers.  Our funding is at an all-time low, so even the cost of a few wireless adapters was impossible for us to come up with.  Mark is not only a contributor to Reglue, he is a personal friend and I want to thank him publicly for his help.

This week promises to be busy.  With three installs and 30 slimline dual core Dells to pick up, we won't be setting around doing nothing.  Add several meetings with City Fathers and an air conditioning repair at the shop...well, there's little time to waste.

blather and mumbling provided by Unknown at 2:32 PM