Something I've been putting off all day. 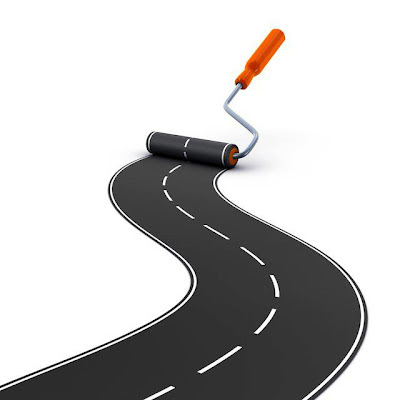 It hasn't been a good day in my household.

As I disconnected the phone, which had been on speaker, Diane collapsed into gasping sobs.

I simply sat there....not sure what I felt or if I even felt anything.

My Oncologist gave me the news the best he could.....

The PET Scan I endured two days ago not only revealed live cancer cells on the larynx that had survived radiation and chemo treatments...


They have begun their march into my lymph node.

That in itself isn't THAT bad of news.  Since the spread has just begun, node removal is about 80 percent curative.


But here's where my world turns to shit.

This morning, I was notified by Williamson County that since I have just started receiving Social Security disability payments of $1100.00 a month, I was no longer eligible for indigent insurance coverage.  They did not pay much and their annual cap on any indigent account is 30K a year.....

But it paid my 680.00 monthly medication costs.  So I mentally put a pencil to it:

She also, quite sincerely, wished me luck in finding any insurance that would take on a Stage 4 cancer client.

EDIT:  The strike through below reflects that the Linux Community has banded together and purchased me a monitor that allows me to sit at the computer for prolonged periods without illness.  Previously, a side effect of chemo therapy made me terribly ill if I looked at a back-lit monitor for any period of time.    Thank you.

So....it's been frustrating trying to research my options here.  While I have a decent monitor, I can only sit at it for short periods of time due to a condition caused by chemo therapy.  Anything illuminated by a backlight causes me nasty nausea.  And while there are monitors out there that specifically address this conditon...well, suffice it to say, my medications are more important than a monitor.  I'm not going to be able to afford both.  420.00 a month is a bit tough to live on.  Unfortunately, I am unable to work due to severe radiation fatigue.  That limits my opportunities to a boss that allows two hour naps in the afternoon and a condition that mirrors narcolepsy.

I did qualify briefly for Medicaid but since I now make "too much money", that benefit has been taken away.  So after another call to my doctor, we are going to be working together to find a surgeon that will do the work pro bono....or whatever a Dr. calls it when he does his work for free.

We've got about a four week window before...well before removing the lymph node doesn't do any good.

I guess "charity" is about the kindest thing you can call it.

At any rate, I can no longer sit here and I believe I've said all I can say.  IF we can find a surgeon to do the lymph node removal, we're looking at the first week of September to get it done.  You have my advance apologies for not responding quickly to any comments or emails.  The eyesight thing is getting worse and I can spend less and less time here.

There have been probably 150 inquiries over the past week as to how things were going here.  I wish it was better news, but it is what it is.  I fully intend to sign off here, go get my fishing pole and drive down to the lake and let the fish steal my bait while I think this thing through and start making plans I really wasn't yet prepared to make.  Then on the 28th of August, my friend Larry Cafiero are going to meet in Houston and take in the 3 game Giants - Astros series.

From there.....we'll just have to see.  Here's hoping to finding a surgeon that has a heart and a hospital that allows him to have one. 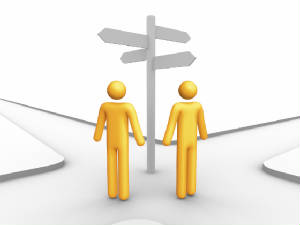 blather and mumbling provided by Unknown at 7:10 PM

"since I have just started receiving Social Security disability payments of $1100.00 a month, I was no longer eligible for indigent insurance coverage."

All I can say is "YOU'VE GOT TO BE KIDDING ME", anything more appropriate would violate the keep it clean rule.

I don't know what you've already done (it seems you've been looking to government first), but here is some information to help get you started in the private charity-arena:

Zac, I am sure that is appreciated but the poor guy can't look at a monitor for more than 10 minutes without puking up his feet. Has anyone thought of trying to raise funds to get the guy the tools he needs to help himself with his own recovery? I'll pledge 100.00 right now but I don't have a paypal account or a way to accumulate the funds. Has this been forwarded to the Linux news sites. No it's not exactly Linux news but it would be of great interest to the community.

I don't see how this ISN'T linux news. The guy is almost a damned legend and his work has inspired thousands. Yeah, maybe he doesn't contribute code to the kernel or write glitzy apps, but he's done more grunt work to help Linux than any 5 coders I know. If this doesn't deserve mention in the news sites, I don't know what does. I don't have much money but I can give 25.00 and I will watch these comments or this blog to see if someone steps up to raise some money for the guy.

I'm a really good friend of Ken's and hope the fans of his blog can figure out a way to help him with all of this. Maybe someone put together a website asking for donations - and get the word out so traffic gets to it? I mean, if a little old lady tormented on a school bus by a bunch of kids can get half a mil - why can't a guy who's done so much for kids get a few bucks too? I'm not computer whiz, and don't have much money - all I can give Ken is my love and friendship. Hope someone out there thinks of something for him!! Thanks!

It would not take much, really. Imagine if every reader of this blog could donate $2 per month. That would add up in a hurry.

I am curious about what sort of monitor would alleviate your issues. Could you explain?

I'm working to help raise some funds as best I can... The PayPal account being used to collect the funds is dianekfranklin@hotmail.com - I'm doing what I can to spread the news and this link too, so please help if you can.. Created the twitter account of #Help_Ken to try and get the news out there, but I'm pretty n00b when it comes to twitter... in any case, here's to hope!

Gavin
We have a friend of ours who works at 3M and he builds components custom ordered for different needs. Not sure exactly of the technology but it is side-lit instead of back-lit using ccfl's instead of LED's and two filtering devices along with a different kind of reflector. That's about all I know. I am sure Ken can answer your question better as I am just his eyes and ears when he gets important posts or messages. Diane doesn't see well herself after her strokes so I offered to text or call him if anything needing his attention comes up.

I want to thank everyone who is taking an interest in this great man. He's done more for society in 6 years than most of us will do in a lifetime. I hope to travel to Austin with my hubby to see him this month or early next.

I put a post about this at Scot's Newsletter Forums and a link back to this post. Scot's is the home of Bruno's All Things Linux. That is Bruno Knappen of HeliOS Project fame, friend and mentor of Ken.

I will put some posts at other sites later today when I get home.

Its a damn shame that someone of Kens magnitude is being subjected to this; honestly it seems all the good people are ripped from this Earth way too early.

The remainder of us have stared in awe in your accomplishments, not to mention the charity work and assistance you perform with other computer users.

Ken, you have my sincere thanks and gratitude for a host of many things. When I first found this blog, I said to myself. "Now here is a guy with balls, and actually doing something about the problems Linux users are subjected to"

It was you that turned me onto Linux Mint and of late, Clementine.

Years ago, it was you that made me say to myself, if this guy can then why not me.

The majority of us only have 10% of what he had, call it a passion, a fire and a desire to make the world different and better place for us all.

I challenge anyone reading this to pickup where he left-off and attack the status quo and make a difference.

For everyone looking to help Ken out, I've put together a place to do so. Come here:

And use the "Donate" button. All funds will go directly toward helping Ken obtain the things he needs: A special monitor to deal with the eye strain, his medications, and his surgery.

Pass this around, and let's show Ken what a great community he's part of.

I got the meds for a month. Somebody start on the monitor? I'll bet they have living expenses out the wazoo, too, as that Social Security won't spread very far.