It Started with Hopelessness 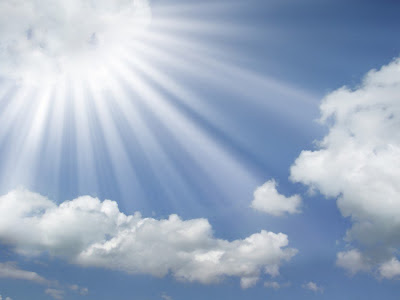 It started with hopelessness......

But it ended up far from it.

For those who are not familiar with the story, I won't but briefly recap....if you want the full monty....see this posting here.  That's where it started.

With what we thought was a treated and killed cancer in my throat and larynx, a recent PET Scan showed not only live cells in the larynx.....it had also begun to spread to the right lymph node.

Being a layman, I was under the impression that the ballgame was over.

Good Friends, Thomas Knight and David Rea, started an Internet campaign to help raise the funds for a life-saving surgery.  My low cost low-income insurance dropped me as well as did Medicaid because I "made too much money".

I receive 1130 dollars a month in SSI.  While the VA was an option, the wheels of that organization move much too slowly to address a spreading cancer.  While they may provide some help in the future, for now, they are not an option for me.

An Indiegogo account was set up and in a matter of days, over 17K was raised on that page alone.  Thomas Knight had also provided a link on his website for people to donate and to date we have 31K banked against my medical costs.

I will never touch that money....Thomas will administrate the funding and see to it that the proper medical personnel and hospitals receive the payments owed.

His name is Mickey Jordan and he was calling on behalf of Doctor Peter Scholl.  Dr. Scholl is an ENT with decades of experience and specializes in the type of surgery I need.

A surgery which can take from 8-12 hours.

Mickey instructed me to call Dr. Scholl's office and that he wanted to talk to me.

He did so today in his office.

The long and short of it?  Dr. Scholl has agreed to provide me the life-saving surgery I need, and will work for whatever we raise.  I will be given medication to slow and treat the existing cancer, thus buying me time until the surgery can be performed.

I don't know what to say to you...or to Dr. Scholl.  Thank you doesn't come close.  The only thing I CAN do is thank you and continue doing what I do at Reglue.

Apparently, and thankfully.....that seems to be all you expect of me anyway.

blather and mumbling provided by Unknown at 12:55 PM

Ken - if the VA is a bit slow: is there a regiment / corps association you could ask for help? Do the VFW offer any help for veterans? Anyone willing to help you fundraise further once this surgery is done - you've run Helios at least in part from your disability pension and you will still need to live.

I ask because here in UK, the British Legion raise money, especially from "Poppy Day" round November 11th, and will help ex-servicemen and their dependents: Help for Heroes has got a lot of public support and public backing and have different ties to the UK Ministry of Defence and various regiments also help look after their own.

All in all, though - FANTASTIC NEWS :)

To any and all who helped up during this difficult time, THANK YOU!

Words can not describe how grateful myself, and all the other campaigners are for all the help and generous donations we've received.

Andrew, Actually yes....the local chapter is working with me now and we should be good for the forseeable future. I'll post news and pics when it does take place.

Awesome news. Keep up the good work,
I.

Ken hoping that all goes well with the surgery, I am sure it will. You are in my thoughts and prayers Inês Almeida

(to the tune Staying Alive)...

Ken, it's great to hear that there is some action/progress. I'm still hoping to get down to see you, but I'll let you recover for a day or two.

@ Ed....I will be gone from the 28th thru the 31st but any time after that, you are more than welcome. This new Doctor has me on a medication that drastically slows the progress of this cancer down so he has more time to get tests done, more PET Scans, another biopsy and whateverthefrick else he needs. If this new medication is successful and it slows the cancer growth and spread like he says, we're lookin' at 6-8 weeks before I go under the knife.....still plenty of time to put a bottle of scotch in the hurt locker.

I know there have been many people, on both donation sites asking why you don't use the VA or if you have explored the option of using them.

Knowing you the way I do, and you know who I am. '-))) I am betting you didn't use that resource because you know it to be substandard. We've talked at ends about this and both have experienced it first hand.

Ken and I served in a place you wouldn't wish your worst enemy and the VA system has been horrible to those who came from that place. It's an inside military joke that the VA stands for Veterinarian Association. They are great if you have no other resource, but if you have medical support outside of that horror show, take it at all costs.

I am an amputee who didn't need to be an amputee. The VA isn't always the best answer to problems such as Ken's and more often it is the worst.

They have saved many lives and I am not saying they are worthless, but they are handcuffed by their own bureaucracy and arcane policies.

That's amazing. I'm really glad this doctor is stepping up for you and I hope it goes well!

My mother is gone to cancer.

You owe us nothing except to keep meeting that challenge, day after day.

The spirit of three generations of this family is with you, and may it stand by your family, for as much and as little as such wishes are worth.

Wow. Ken you are one of the good guys & I am so thankful so many are coming to your aid. Please keep us updated & let us know any further needs. Stories like this give me hope on the human race. Love you! Keep fighting! Keep us updated on progress & any future needs, we will be there. Katie Brewer

I'm overjoyed that enough money has been raised to meet your medical needs.

And I've added you on Google+. I don't touch Facebook.

Hoping for the best. If your health permits, maybe I'll even take a few days vacation and drive down to Texas to watch that inaugural Texas/WVU game with you.

I actually considered taking advantage of the alumni association chartered flight down, but $3K was just a bit much for the pocket book. :)

Keep believing in yourself, Ken.

And don't for one moment forget that all of us out here believe in your fighting ability and your persistence.