Why Stop Billions When You Can Stop Millions....? 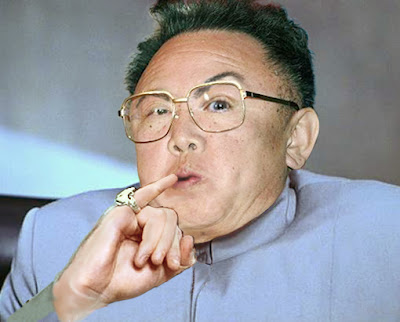 I try not to get too worked up about much any more. Most angst is just wasted neurons. Stuff works itself out just fine without me encouraging another ulcer or sleepless night. I have a rule I've come to live by and it has worked for me wonderfully.

It is called the 24 hour rule.

When I find myself in a tither or feel that uncomfortable sensation of having my shorts in a bunch, I simply ask myself:

What impact will this problem or situation have on me in 24 hours?

Most of the time, the answer is none.  That is my cue to dial it down a notch and go find something constructive to do.

So I engaged my 24 hour rule there too, but I projected it into the future....24 hours after it passed.

You know what?  Some of it is worth worrying about.....

And some of it isn't.

What the Congressman from the 21st District of Texas does not understand at the fundamental level is software, and it's engineered purpose.  Software is designed to solve problems.

But that's not the point.


The Point is, software and network engineers will find a way around this.  It's what they do.

Be it a browser extension or a VPN solution, people will access what they want to access.  What the **AA's and Congress fail to realize is that the Genie is out of the bottle.  The Internet is what it is and some bought-and-paid-for congressional quisling isn't going to legislate it otherwise.

From my point of view, Congressman Lamar Smith is that congressional quisling.

Has any industry leader figured out that if you make the latest episode of Dexter available after network airing, people like me would pay to watch it?  No....that would mean changing their business model to fit within the 21st century.  Deity Forbid....

Ok, so they write the law stating that designing or using a tool to bypass these "laws" are themselves illegal.  They will be made available off the US shores in such abundance that no one will shut them all down or for long.  Where is the enforcement?  Tens of thousands of users of such tools become a darknet and they get the content they want, with nobody the wiser.

And I am personally willing to teach anyone wanting to get to a "rogue website" exactly how to do it. 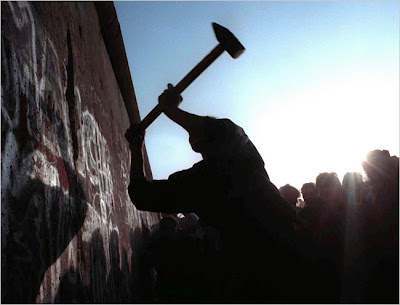 See, there are some extremely brilliant people out there who have just a little bit of renegade in them.  SOPA wont stop them....it will be a challenge.  Just like DVD Jon took care of bid'ness, so will these hackers and engineers smash the SOPA barriers and allow the free flow of traffic.

Some would argue that Jon Lech Johansen became such a painful thorn in the side of Steve Jobs, it ultimately led to him throwing in the towel  on DRM music.  Another such pioneer will do the same thing to Lamar Smith.  Smith has such utter contempt for his constituents that he all but refused to hear testimony from security and network professionals opposing SOPA.

You cannot convince me that Lamar Smith is not under intense pressure from the **AA to get this law passed.   He is willing to pass a law so disconnected from Internet technology, that it will most certainly fragment the Internet as we know it today.

That doesn't take into consideration the harm he is doing to US relations on a world-wide basis.  Already the EU has taken a firm stand against SOPA.  But all the protest in the world, literally, in the world, cannot blunt the dreams of Congressmen sitting in their counting rooms, raking in the campaign contributions from the likes of Time Warner and Comcast.

Of course, I would normally take some satisfaction in knowing that he will probably be thrown out of office on his a$$ come 2012, but given the fact that Chris Dodd is there to catch him and offer him a cushy job offsets that warm fuzzy possibility.

So yeah, we're being told to email our representatives and protest SOPA.

You will receive the same thing I received...a form letter mechanically stating the reasons to support SOPA.   Jobs, yada, yada, yada.  Protecting American IP, yada, yada, yada....it takes a staffer about 30 seconds to scan your email and hit send on their boiler-plate response.

You and your "opinion" are forgotten in less than a minute.

Get that person on the phone and raise hell.  Remind said staffer that the congressman from X state is going to lose his job over support of this bill.  Don't let them lapse into talking points.  Sure you are going to spend some time on hold but outside of a personal appearance, your phone call is the most effective way of getting your message across.

Regardless of what happens to Lamar Smith personally or professionally, he will forever be known as The Man That Broke The Internet.

Of course, how a man can usurp the US constitution and be clapped on the back for his efforts is beyond me.

It always has been. 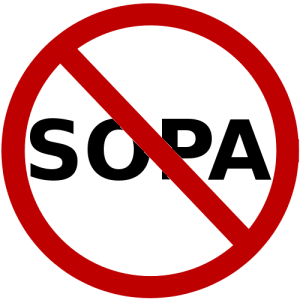 blather and mumbling provided by Unknown at 12:40 AM

Of course, how a man can usurp the US constitution and be clapped on the back for his efforts is beyond me.

"The Point is, software and network engineers will find a way around this."

The Point is, software and network engineers have already found a way around this.