Microsoft and Some Press Catch Up to the 21st Century 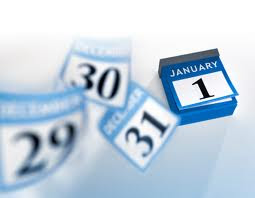 It's hard to make blanket statements and still be correct, yet; it is heartening to see people in the position of reporting news finally see what's happening.

Here's the first of the real shockers...

Microsoft has decided that Windows 8 should ship with it's very own, tied-in, tied-down, bundled, ne'r-to-be-separated anti virus.

While many of us do simultaneous facepalms and giggle at a decade-late decision, others question the legality of doing so.  A multi-billion dollar industry has grown, based on the absolute porous operating system that is Microsoft Windows.

I'm sure Windows fans will protest, saying such things as:

"Well, I've run Windows for years and NEVER had a virus".

Of course, when he says that, he should also hold up a sign to identify himself as belonging to the 1%.

Personally, I cannot suss where this will land legally.  It's hard to argue with the fact that MS is finally going to at least try to address the issue of virus/trojan/malware security.  But then again, we all know most anti virus "protection" is a reaction to something that's already happened on the system.... 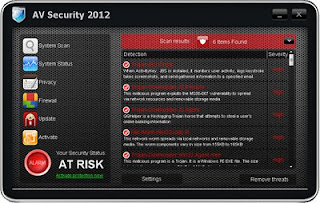 Most recently, my friend Adam who uses Windows from home for work purposes and casual use contracted the AV Security 2012 malady.  He had MS Security Essentials installed along with Malware Bytes free version.  Neither did anything to stop the bugger from infecting him, it simply and without gracious attempt, informed him he was infected.  Then  they unceremoniously told him that removal failed.


He now sports a spiffy, spotless install of Linux Mint 11 on his desktop and is loving it.

Still, I don't think the likes of Kaspersky and AVG are going to take this news quietly.

On the Microsoft front and in a nutshell, our reporter warns us that Microsoft is trying to protect its monopoly by convincing the enterprise that a 100% Microsoft shop is a good thing.  It goes on to tell the MS strategy for doing this.
Um....no, thanks really for informing the 8 people on earth that didn't know this, but for the rest of us, it ranks right up there with the news that Milli Vanilli were actually lip syncing their performances.
Don't get me wrong...I appreciate the fact that The Gartner Group releases this news to CEO's who probably don't really know better but for the rest of us, it seems as if time has taken us back to 3 lb cell phones and Boy George albums.
Ah...Boy George.  At least he knew what innovation is. 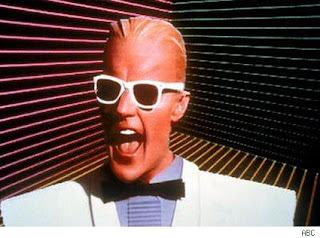 blather and mumbling provided by Unknown at 8:33 PM

I basically have 3 different opinions about this, and I'm not sure which one is stronger.
1. Oh noes! Microsoft is engaging in anti-competitive behavior!
2. Finally. At least Microsoft is trying to compete with Linux in terms of trying to build in some security (in a way).
3. How is this any different from the Windows Live Essentials/Windows Live OneCare/Windows Defender bundled with Microsoft Windows?
Can someone here help me?
--
a Linux Mint user since 2009 May 1

Milli Vanelli has been far more honest with me that Microsoft ever has been.

One hates to mindlessly hate on this action because of who is doing it, so I want to praise the attitude. Basically, I have to acknowledge opinion number 2 of PVs.

It would be naive though not to question the worlds largest purveyor of malware providing anti-virus software.

The Fox guarding the hen house does not seem like an adequate response to the problem.

Consider how much the U.S. Government, anti-virus software vendors and Microsoft are all in bed with each other this will be a very intesting development to watch.

I'm sure Windows fans will protest, saying such things as:

"Well, I've run Windows for years and NEVER had a virus".

Of course, when he says that, he should also hold up a sign to identify himself as belonging to the 1%.

Where you been man? Haven't seen you around much lately.

To my understanding, MS is going to weld in some variant of MSSE into Windows like they do Exploder, thus or probably creating another EU lawsuit about not being able to remove it with any amount of relative ease. Personally it doesn't hurt my feelings a bit for MS to have to pay tens of millions in fines for actions such as this. I heartily encourage it for that matter.

Maybe Microsoft can take a lesson from the US government and how they subsidize farmers for NOT growing certain crops. For my EU friends, In the US, if the grain storage is full of corn, the government will pay farmers not to grow any for x amount of seasons. They realize that it will just rot so they encourage them not to grow it or give them the money to plant a crop that might see shortages.

MS knows that they might need these other companies in the future so they won't alienate them...making sure they are available to bail them out when they ultimately fail.

Where have I been? I've been here! :) I just haven't commented on any recent posts because I didn't feel that I had anything more useful to say than "ditto" (or some variant thereof).
I'd like to see them pay fines for antitrust behavior too, but it's interesting that you mention Internet Explorer (and I like how you called it "Exploder"), because despite the antitrust lawsuit against Microsoft for it bundling that browser with Microsoft Windows and giving no way to remove it, Mozilla Firefox and Google Chrome are as popular as they are now not because of any antitrust rulings but because of free market competition — plain and simple. Mozilla Firefox became popular because of an epically awesome viral marketing campaign, and because of it, the browser space has become competitive again; now, it seems like the antitrust provisions will expire soon meaning Microsoft can again tightly bundle Internet Explorer with Windows, but now it won't matter one bit because everyone will download either Mozilla Firefox or Google Chrome as now, unlike 10 years ago, such alternatives are well-known as quality products in the public mind. Rather than being punitive towards Microsoft, I'd like to see people like the antivirus vendors as well as Linux distributors to use similar viral marketing tactics in the free market to better compete with Microsoft, rather than relying upon decisions by some branch of the government or another.
--
a Linux Mint user since 2009 May 1

It still demonstrates M$'s backward mentality about system security. It can't be an add-on, it must be built-in as part of the original design. Having not done so, they can't simply attach a plethora of Band-Aid's and call it a "fix".

At this point, the market inertia that they counted on earlier, will now come back to bite them in the posterior. There are so many applications running on such an insecure kernel, that a true fix to their OS will cost their users dearly.

IMHO no end-user computer should be connected directly to the net (except honeypots). Use a router or other firmware-only system w/firewall. Routers are cheap these days. My question: how much would that improve the virus situation for vulnerable OSes? I ask because I have no personal experience with NOT using a router. In my personal experience, router+linux=bulletproof.

Wait! Boy George was a he?