Through the Eyes of Henry

The HeliOS Project is both honored and happy to offer computer 101 and 102 classes in our home town of Taylor Texas.  We've ranged from a full classroom to only two students attending.  Between the summer doldrums, folks on vacation and quite frankly, more enjoyable things to do than sit in a computer class...

We haven't exactly had them beating the door down to get in.

But we're just getting started.

The city has begun announcing the availability of our classes in the monthly water bill for Taylor residents.  They are encouraged to call HeliOS and insure they have a seat for the next session.

Today, I got a call from Henry. 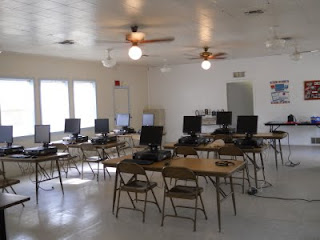 Henry has never touched a computer.  He is like many of us...unwilling or simply unaware of how important learning something new can be.  Henry called me today to secure a chair in the next class.  He said his grand kids and his great grand kids want to send him pictures from Idaho.  Henry wants to see them as well.

Henry is 93 years old.  Henry has never touched a computer.

Born on a farm outside of Atlanta Georgia in 1918, Henry was raised in what he refers to as indentured servitude.  The third oldest of 9 children, Henry's family raised and sold peanuts, blueberries, peaches, assorted greens and cantaloupe to survive.  By the time Henry was 12, his family had yet to purchase a car, enjoy indoor plumbing or piped water.  He, along with 1 older brother and 1 younger sister rode the same horse to school.

The horse returned home after depositing the kids and was released from his plow harness to pick them up after school.  He did so every day with plodding predictability.

Henry said the horse was named Moses.  And no, he had no idea why.

He joined the navy on his birthday in 1942 and was assigned to a gun crew on the USS New Jersey.  Henry's gun team pounded the island of Guam in preparation for US Marines and Soldiers landing on the beach.  Henry remained in the service and saw combat during the Korean conflict, but figured that two wars in the same 10 year span was enough for him.  Henry met and married a young USO volunteer after leaving the Navy and settled down with her in Taylor Texas.

He spent the next 40 years working for the railroad.

Talking to Henry, I came to realize just how much life Henry has lived.  He has seen our country go from horseback transportation to putting people into space.  He's seen a dozen or more presidents come and go and most importantly, he's seen the explosion of world technology.

And now he wants to be part of it.

So when the volunteer instructors for The HeliOS Project stand before their class, be it two or ten people, they know that many of them are taking a big step in their lives.  Henry outright admits he's scared to death of a computer.  He has no idea of how it works or why it works...to Henry, it's dark, smokey magick.  But he's willing to look past the smoke and mirrors and learn how the gears turn.  He says he's willing to give it a try.

It will be a pleasure to show him the gears....but more so, it will be an honor. 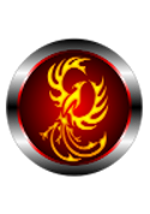 blather and mumbling provided by Unknown at 12:35 AM

Awesome story... Great work you guys are doing there, keep it up!

Amazing story as always Ken. Perhaps the biggest proof that age is no barrier to learning. I am sure he will loose that "fear" after being under your tutelage. I hope you got the CDs that you needed.

And yes, we did get the CD's and I thank you. I've just started getting caught up on installs and haven't answered or tended to my email as I should.

I will contact OSDisk here soon and offer to do a blog about their contributions and a bit about their business model.

It is stories like this one that are inspiring. I was in a bad mood before reading it and now my heart has been lifted again. Thank you.

Henry should really think about laying down some memoirs after his computer classes. There is so much more that he can give his great-grandchildren than mere pictures! Anyone who rode a horse to school out of necessity and then lived long enough to take computer classes in the age of 3D GUIs has a lot to say.

Good luck, Henry! And trust me, computers are essentially simpler than battlecruisers! :P (Although, they do come in more shapes and sizes...)