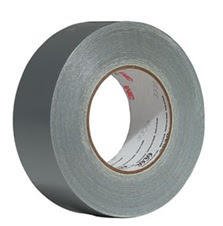 I kept my mouth shut.

That doesn't happen often, especially when it comes to the thrust and parry during a Windows vs. Linux match.  There was a time, I would shoulder my way into the battle and shamelessly impart my knowledge/expertise where needed.  And as I've learned...cool, level-headed discourse is much more effective than the confrontational habit of calling your opponent and idiot...as difficult as that may be at times.

But in this case, my participation wasn't needed.

As many of you know, my partner Diane suffered a stroke almost 10 days ago.  She is still hospitalized and she is unable to walk even as far as the bathroom without a person on each side of her and the use of a walker.  Partial paralysis has manifested itself on the left side from her face to her calf but she is slowly and painfully making progress.  She will more than likely remain blind in her left eye.  I will post a complete update as to her condition in the next day or two.

Fortunately, her daughter Hillary was able to come to Austin and stay with us for a couple of weeks.  For a while, there was a real threat of the hospital releasing her due to not having insurance but wiser heads prevailed and they decided that a fall at home would be more costly in a return visit than allowing her to stay an extra couple of weeks and receive the physical therapy she needs. 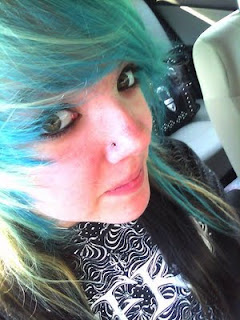 The timing was perfect as I had already committed to taking my daughter Amanda to Texas Tech University in Lubbock and register her for classes while she attended mandatory orientations.

Oh, and have I failed to mention in earlier posts that she is only 1 of 7 females out of 324 freshman accepted to the Whitaker College of Engineering?

It was while sitting in the TTU Student Union Building that I heard the battle brewing.  There were two male freshmen sitting at different tables close to me...both had laptops open and one was complaining bitterly that his Windows 7 updates were broken.  He wasn't so pissed that they were broken as he was about having had the exact same problem in Vista.

He lamented loudly to another student how he had spent $150.00 for the Vista to Win7 upgrade, hoping that would fix the problem.  He also complained about the complete lack of a solution, even in the official Microsoft help pages and forums.  The "solutions" Microsoft itself offered did not work.  Multiple hours of re-installs netted the same broken results.

We all know the modern definition of insanity.   Being a former Windows drone, I can relate.


The other young man was listening and watching intently.  I won't put any dialog in quotes as this is a rough playback of the conversation, but it is fairly close.

When the complaining party was verbally spent, he looked over to him and asked:

So why do you use it?

The other student seemed confused.

Why do I use what?

Windows.  Why do use Windows if it's such a problem for you?

The troubled freshman thought for a few seconds...

And what else is there, a Mac?  I can't afford a Mac.  This laptop was a high school graduation gift.

The wiser of the two shook his head and held up a finger as in the "wait a second" gesture then moved from his table and seated himself next to the other student.

This had Windows on it too until I took it off and installed Linux.  Look...you can do everything you need to do on it and it doesn't cost anything.  You're just frustrating yourself.  Watch this.

The Linux user spent the next ten minutes showing the other guy his system.  He fielded the "complaint" of needing Windows for certain things by opening VirtualBox and demonstrating his Windows XP install within.  He let the other student navigate throughout his laptop and provided instruction when needed.

In the end, the biggest obstacle was convincing him that the entire shootin' match didn't cost anything, aside from a Windows and MS Office license for his VirtualBox and even then, it was going to be largely unnecessary.

They then retrograded into a comparison of their classes the first semester, where each was from and other mundane conversation.  After a few more minutes, the Linux guy shut down his computer and stood to leave.  I glanced up at him and he looked in my direction.

The smile was huge when he noticed my t-shirt.  I just winked at him and went back to my work. 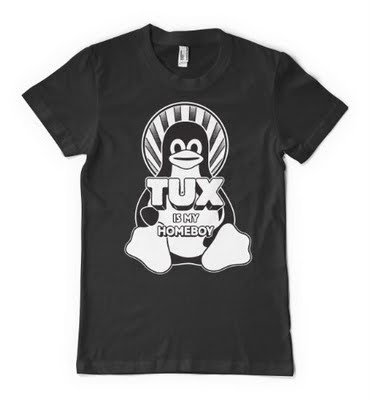 Sometimes, it's just best to keep your mouth shut.

blather and mumbling provided by Unknown at 11:22 AM

That's how you know someone really loves using Linux. They're able to patiently, rationally, and not overzealously, convince an innocent/ignorant Microsoft Windows user of the benefits of Linux and open their eyes to simple workarounds to potential problems. Bravo Mr. Starks, for instilling appreciation for Linux without being heavy-handed about it.
--
a Linux Mint user since 2009 May 1

Best wishes for Diane's recovery!
Great story. Seems Amanda will have at least one classmate with a clue.

I do help desk phone support for a living and I will tell you that this broken update thing has caused us more trouble than most virus complaints combined. There is a fix for it but it requires a nasty combination of registry hacks that can leave the computer unusable. We don't even offer that solution anymore because most users screw it up then blame us.

Windows has a page devoted to this problem for Vista and Win7 with a "fix this" button that is supposed to solve the problem. It doesn't.

And of course, as a 9 year Linux user, I dare not offer it as an alternative because our phones are indiscriminately monitored "for quality assurance". I'd be fired immediately for doing so. That would be one less support call to get paid for.

Oh, the solution we now offer? Backup their files, reinstall and hope for the best.

Ken, this doesn't surprise me in a bit. I am a service rep and I travel a 6 state route that services several college and university libraries. It used to be, maybe back in 2006 or so that I would overhear conversations like this once or twice a year. Now I hear stuff like this all the time. Even many of the libraries themselves have Ubuntu CD's available at the bookstore and sign-out counters. Posters for Linux are all over the place.

Just so you know, this isn't a rare occurrence. Student unions and libraries are full of such conversations.

I was at a restaurant over the weekend reading my Fedora pocket user guide. When I went to pay, the cashier noticed my book and informed me that he had recently switched from Macintosh to Ubuntu. He futher informed me that his main reason was he was tired of having to pay for everything. He was very enthusiastic about linux. I let him know I was glad it was working out for him. On reflection I realized I am seeing a growing number of 20 somethings for whom leaving Windows or in his case Mac is no big deal. A lot has changed in the 15 years sense I started using linux.

I see the same. Just to throw out a Highschool TV drama stereotype. I see college girls switching to Mint, who never showed an interest in computer technology, or any technology at all.

(This contrasts with girls I know who hand in assignments as self made bootable Ubuntu CD's. But no one is surpised when they use Linux.)

So sorry to hear about your recent trauma. I've been following your blog for some time now and admire what you do, so I'd like to offer you my best wishes and hope that good kharma comes your way.

Sorry to hear about Diane & props to Amanda. We need more females in the math and science colleges.

I am a junior at TTU and transferred here my second year. To say the least, Tech is a very Linux-friendly campus. The junior college I attended demanded microsoft for almost everything, to include logging into my course-work website and other sites deemed by my professors.

Here at Tech, I've never experienced one problem. Even the newest Chrome is supported and I don't have any trouble with logging in. Aside from that, the new LibreOffice renders everything I save and receive as a .doc file flawlessly.

So welcome to Texas Tech University Amanda. I'm a Journalism student so we travel in different circles but now that I know what you look like, I'll keep an eye out for you.

@Anonymous on 6/28; As someone who's been a Linux evangelist for years, I can say you're right. The key word is, of course, "almost". Everyone I install Linux for their work PC gets their original Windows reinstalled in a VM, along with their original Office. The real beauty is, once they're installed, I can snapshot the VM and explain that to them. Then I go show them LibreOffice or Nisus Writer.

As a matter of course now I just keep 3-4 extra live CD's in the notebook and have handed out them every week or two on average when one hears about "computer trouble".