As with many non profits, discretionary funding has become hard to find.  The HeliOS Project is no different.

For those that don't know, The HeliOS Project takes broken or decommissioned computers, refurbishes them, then we give them to disadvantaged kids Austin and the Central Texas area.

Most of the grants available to us are for equipment.  I think what I find most ironic is the push to give us computer equipment for our office and logistic operations.

I believe we have that covered.

Money on which to operate has largely come from you.  But this time, we are not going to ask you for anything...not a dime.

We have been chosen to participate in an Austin event called Rock A Charity.

Here's how it works.

Non profit contestants will have their Facebook page monitored for "like" clicks for a 48 hour period beginning on February 1st at 9 AM CST.  At the end of that 48 hour period, the top three charities with the most likes will then be invited to a party on the 18th of February.  Any clicks prior to or after this 48 hour window will not count.  The contest ends at 9 AM CST on Thursday, February 3rd. 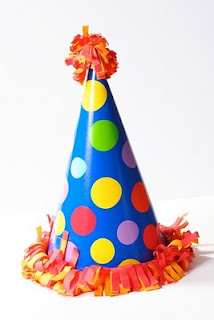 During that party, donors will be able to "purchase" small rocks.  There will be three conference rooms set up, each one representing a charity. Those conference rooms will have a table and a fish bowl in them.  The rock holder chooses which charity he wishes to support by dropping his rock in that non profit's bowl.

At the end of the evening, each bowl is tallied and the winner receives the total amount of money from all 3 bowls.

This is a great chance for us to gain some of the funding we badly need and all we need from you is the clicking of a "like" button.

Skip Guenter, Diane Franklin and myself will be attending the party and we will introduce donors to our non profit.  Even if we don't win, it will gain us valuable networking time with those that might be interested in funding The HeliOS Project in the future.  If you would like to come to the party and help represent us, contact me via email.  helios at fixedbylinux dott komm

You can simply click the "Like" button on the Facebook app at the top-left of this page, or you can go to our community page and do so.

It wouldn't hurt our feelings at all if you tweeted/Facebook'ed this for us.

All we need is for you to get us through the door...we'll do the rest.

blather and mumbling provided by Unknown at 9:03 AM

Of course I'll click a stupid button to help your cause :) But you could've made it easier for us on another continent, like adding a local clock or a link to: http://www.timeanddate.com/library/abbreviations/timezones/na/cst.html

So that my silly european behind knows when to click it :).

Well, what the heck. I have been thinking about joining the herd in FB for a few months now. This is as good a time as any! ;)

While I personally am not a member of FB and have no desire to be, I hope all those who are do participate in this. Talk about putting money to good use!