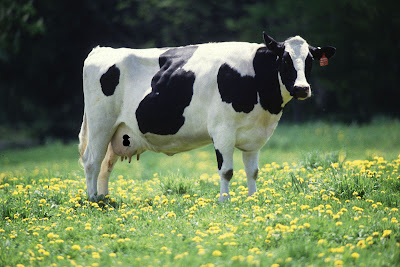 I've found myself in some pretty impressive company lately...

Regardless, I am way out of my league here. They are called The Linux Dairy Council (got Linux?)

Here's a listing of the initial attendees of the first LDC meeting. If I missed you, it's my bad...please comment or email me and I will make the edits

Many of us are stumbling around, trying to find the best way to get Desktop Linux into the awareness of the average computer user. There are millions of us already and I am fairly certain that even the most generous stats pertaining to Linux Desktop use are wrong.

There are more of us than I think many of us imagine.

on whole, the general computing public remains ignorant to the fact that they have a choice in how they use their computers.

Well, there are many of us WGAS.

I'm going to equate it to a personal experience from a few years ago. I was in Tucson Arizona on Speedway Blvd, walking back to my seminar from lunch. At the curb, was a man in an obvious jam. He was trying to take some small but heavy boxes into a business from his car. I was able to observe him the entire block and while he struggled to keep them balanced and in his arms, maybe 25 people walked by him.

Long before I was able to get within helping range, two young men spoke to him for a second and picked boxes from the top and helped him carry them to his destination.

I don't want to get into the social aspects of how we've become an untrusting society or how doing so might have been dangerous. We should help those who are struggling.

He was obviously on the downside of 60 and struggling with getting something done. He needed help. Could he have done it himself? Sure...stack them at the curb and take them in one or a few at a time.

Windows Users do this almost every day. They've developed coping techniques to deal with the shortcomings of what they have to work with...from protecting their computers to transferring files from one folder to another. Tedious tasks most often that could be done much easier in most cases....and we all know examples of this beyond my simple two.

What The Linux Dairy Council prescribes is finding people that will stop and help someone in obvious distress carry some boxes inside.

Or show them that there is an easier way to use their computers.

The LDC is a project to help promote Linux in general, rather than specific distros. To help coordinate marketing and education activities around Linux by creating materials and organizing activities with other projects.

Many people might have some problems with being an active part of the Council...

You must, before anything else, check your distro bias at the door.

See, while we are seeking active and stable distros to take part in the LDC, it isn't a competition...we are going to attempt to use a cooperation model to get this done. Sure...you are a member of the LinuxMint or PCLinuxOS Community...great...get those distros onto as many computers as you want...after all, the goal is World Domination...right?

For Linux...not for any particular distro.

Within the LDC, distros are tools, not religious icons.

We are just now fleshing out some ideas to make this work. I am going to try my best to make it to SCaLE this winter and many of the LDC will meet there, hopefully having our own booth or one that we can at least form a presence. From there, we might be able to put some of our bigger projects into play...many smaller ones should be working by then.

Marketing Linux will work...maybe not in the traditional sense, but it will work. We need your ideas.

And I wanted you to be a part of it.

blather and mumbling provided by Unknown at 8:01 PM

Hey, Helios -- Nice blog, and you're definitely "in our league," to say the least, with all you're doing in Austin. A little background, though, just to put some perspective to this. Joe "Zonker" Brockmeier floated this idea earlier this year around SCaLE, I think (February 2009), with various folks and a mailing list was formed several months ago. Only recently did Beth Lynn Eicher, Zonker and I -- but mostly Beth Lynn -- get things to a point where we initiated the first of the IRC meetings to go along with this sort of "committee of correspondence" (reminiscent of Lindependence, if you'll recall). Others may want to add their perspective on how this came about, but I thought that might shed a little light on the project.

As always helios, your lead photo bears a second look.

Ken,
I really hope you make it to Scale. I've been invited back, and will hopefully have the funds to fly cross-country again. If I can make it, you can hang out with us at the QuinnCo/Qimo booth.

Nice article, and a great idea as well. Best of luck to you with this project.

"As always helios, your lead photo bears a second look.

And thats no bull.

Those were definitely Pun-ishing remarks.

I try not to have a distro bias. As a mostly Ubuntu user (Kubuntu now that KDE is working MUCH better for me), I just try to recommend the best distro for that person. I installed Sabayon last week on a laptop because it was the first in a line of distributions I tried that worked perfectly on that particular hardware. That was the first time I've EVER booted into that distribution, and it was a pleasant treat to experience something a little different.

For sure, we all have our bias and preferences. The point I needed to make was that within our effort, there should not be any arguments or discussions as to which distro is preferred over another. We are asking each and every person who wants to participate to use whatever they feel comfortable in presenting and supporting...they are all tools. We just won't argue as to what color the hammers are.

Hello, Helios. I've been following your blog for a few months, and it has been an incredible inspiration. I live in the Bay Area and would like to do something similar. I've actually gotten a few people switched over to Linux -- in all but one case, the result of showing how useful old hardware can be. Still, I feel like I am not doing enough, and have no idea where to go for help getting more computers and more free software into more hands. How can I get started?

email me at helios at fixedbylinux dott komm

Hey Helios, nice to see you moving along so well. Oh, I seem to have lost your e-mail, would you mind sending me one, I need to talk to you when you have the time...

Thanks and good luck
Shawn

A constant push to let people know they have a choice. This is what Ken has dreamed of for years and he steadily finds folks of similar mindset.

Now to work where the rubber meets the road, eh?