How Wrong Can One Man Be? 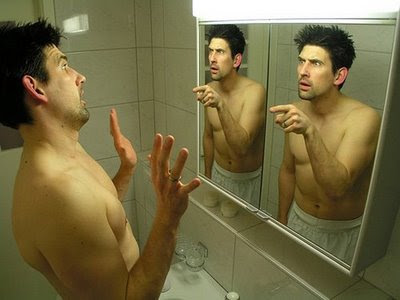 "There is no Linux Community...the best we've achieved is a large group of warring factions who use the vast real estate of the Internet to wage bloody war against each other."

Eric S. Raymond maybe? No, How about Bruce Perens? No again? Let's go with John "Mad Dog" Hall...that sounds like something he would say, at least in his younger years.

Nope again. Much to my shame...

Unfortunately, I was not content to say it just once...every time the "community" did something I perceived as counter-productive, I would dust it off and trot it out like it was brand new and some sort of profound revelation.

Yeah, and I said counter-productive...

Like dressing a school teacher down in public for doing what she thought was right. She may have been wrong around the edges, but at the core, she did her job. I mean, after the ashes settled, even that turned out for the better...she is now a Linux user. But still...

We do have our dark side. We, as in the Linux Community.

Because there is a Linux Community...dark side not-withstanding, it is a good community.

Linux Against Poverty was just one of the shining jewels we can claim as our own. While we were focused on that, there is an ongoing sister-effort taking place in Florida. Michael Hall along with his wife (he's the developer of Qimo,) an Ubuntu-based distro for kids; is doing pretty much the same thing we are. Oh, you really need to read Michelle Hall's blog. It brings what we do in this business into sharp perspective.

There is a great website called http://www.growingupfree.com. It serves as a clearinghouse for organizations and individuals that do what we do. It's a good place to start if you are looking to get involved in something like this in your area

There is a new blogsite called Linux Luminaries. A site devoted to bringing the best of the best to the forefront of mention...those who give and give with their hearts. It won't just be devoted to our project, but much of it will.

There is a point to all of this.

These are, for the most part, Linux-based efforts. Now correct me if I am wrong, but I don't believe I have ever heard of a project called "Windows Against Poverty"...or Mac Attack on Poverty...

Neither have I seen much of Windows or Mac Users starting and following through with such initiatives.

It's the "follow through" part that gets to most of them... But in fairness, what have they got to rally behind? A stiff price tag and a draconian End Users License Agreement? No, neither of those would seem to invoke any community-minded spirit.

Sure, the corporates have funded huge initiatives to help those that need it...mostly when they had just gotten a black eye by getting caught doing something wrong. In my heart and mind I cannot believe anything they've done of this nature had any origin in altruism.

It's the Users Stupid...

And it all comes back to what I said at the beginning.

Yes Virginia, there is a Linux Community. It lives and breathes in tens of thousands of lives every day...people helping people find a better way to run their computers.

Not multi-billion dollar corporations, not political action committees...it's the users that help people use their computers.

And in the most precious of cases...giving them a computer to use.

It's The Linux Community doing much of this.

So I was wrong and I proudly admit it...no shame, just growth.

Thank you for planting the seed.

blather and mumbling provided by Unknown at 4:06 PM

Thank you for the mention and the kind words. You're absolutely right that it's the users, not the corporations, that make us different. All non-Linux people who find out about my efforts are amazed that people are coming together because they love the software they use, and want other people to enjoy it too.

You can't do that with proprietary software, no matter how much you think Windows is awesome, you can't give out free copies to your friends (or perfect strangers) to share the love, at least not legally.

Now this community of users is evolving beyond just talking about how good the software is to us. We see that the features, the price tag, and most of all the ability to change it to what we need it to do, means that it can do more than just make other computer users happier. It can literally change someone's life forever.

That still stops me in my tracks sometimes, realizing that a bundle of ones and zeros, that I can reproduce as many times as I want for free, has the ability to bring someone out of poverty. While it may not put food on their plate or cloths on their back today, it means that in 10 years maybe that kid will be the one making donations, instead of needing them.

We held an essay contest at an elementary school earlier this year for our first dozen donations. One child wrote about how their mother didn't want them to have to work in the fields, and a computer means they can obtain something better. Another wrote about how they wanted to be a doctor so they could take care of their father who was diabetic. Anybody who thinks that what we do is about today, tomorrow, or even next year, is seriously short-sighted.

And that is why I keep coming to your blog. No one can be right all the time. But it takes a great man to admit when he was wrong.

The amusing and informative articles don't hurt either.

Ken, this puts many things into perspective for me. I have never considered myself a member of the Linux Community. I've always been a user, a consumer of the code but you make it almost impossible to do that any more.

I'm not sure I am comfortable with the way I feel right now, but I am sure that your elegance and logic moved me in a different direction today.

I'm just not sure what that is yet.

But in fairness, what have they got to rally behind? A stiff price tag and a draconian End Users License Agreement? No, neither of those would seem to invoke any community-minded spirit.

Ken, I remember the first time you brought this particular argument up. I remember thinking to myself, "This is one they cannot get around."

If they choose to claim ignorance, that means they have not read it. Once they catch a clue that it might contain clauses or stipulations that restricts their freedom, they go into avoidance mode and attack the messenger instead of dealing with the facts of the matter.

If they do acknowledge the presence of these clauses or stipulations, then they as much admit that they rather use a restrictive system than take the relatively short amount of time it takes to adjust to Linux.

This has been my ace in the hole since you turned us on to it. It is fun to watch them sputter and fume over a behavior they cannot defend.

It's the Users Stupid...
And a few Stupid Users like me,
using Linux, talking-it-up, putting
on events..... Ken, will this
Linux stuff take control of my life?

"then they as much admit that they rather use a restrictive system than take the relatively short amount of time it takes to adjust to Linux."

It means more than that. It means that they don't mind someone else in essence, owning their computer.

I'm not sure I would be comfortable admitting that in public.

I'm not sure I am comfortable with the way I feel right now,

helios has a knack for doing that. He's the kind of guy that won't say a word. If he is busy doing something, busting his ass and you are just standing there watching him, he won't say anything. He'll just keep doing it until it's finished then walk up to you and thank you by saying something like.

"That was unselfish of you to let me do all of that. I feel guilty for keeping all the blessings it gave me."

And then he'd walk away smiling...knowing you feel like *potty-mouth-word* Trust me, I'll never make that mistake again.

All of us at one time or another suffered from "Foot in Mouth" Disease. I shudder to think of some of the things I have said, when I was younger, less tolerant, and less experienced.

So celebrate the now! You were wrong, there is a "Linux Community", and it's got some wonderful people in it (including yourself) who are doing some really good things.

I wonder if Stallman realised what would come of the GPL when he wrote the first version?

Talking about "Foot in Mouth" Disease, a long time ago I said publicly that in my opinion Stallman was a total idiot. I didn't understand the GPL, or the reason he'd created it. I do now, and if I ever meet Richard I'll apologise to him.

Everyone has to be wrong at some point. What matters is what is learned from the wrongs. And really, was it so terrible to be wrong about it? Some wrongs are better off being wrongs than rights. (I think that makes sense...)

In any case, we must remember that the Linux community is still young, and mistakes are the hallmark of youthful learning. Now that we are leaving behind the troubled teen years, growth will be more consistent and fruitful. Let us not forget our youthful enthusiasm, however!

Ken,
Just wanted to let you know that the link for growingupfree.org is broken, there's a '.' before the 'http'.

My father-in-law once told me "Show me someone who doesn't make mistakes, and I'll show you someone who isn't doing anything". That about sums it up...