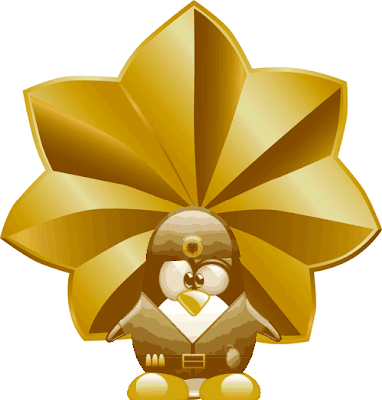 I am often humbled by some of the comments and emails from people that read this blog. What humbles me the most is when people take time out of their busy lives and actually stop by to visit.

Sometimes from Europe for Kernel's sake...

I mean they had other bid'ness here...but while they were in the neighborhood...

Most every one of them don't want to just visit, they want to help.

Now I don't know what some people expect...there sure isn't any glamor in doing what we do here. Most times it involves manual labor and perspiration.

Sometimes freezing cold with accompanying sleet and rain....21 inch CRT monitors to be carried up three flights of stairs.

You get the picture.

So when people offer to "drop by", I make sure to tell them to wear clothing that isn't GQ and to bring gloves if they have hands that cannot afford to be damaged.

Like chip technicians. I know one in particular that has his hands insured for $750.000.00.

Often though, there isn't much to really do at the time or the only time our friends have to visit is in the evening. One such visit not only surprised me...it made me realize just how good a good friend can be.

He goes by the name of Colonel Panic on the LXer forums. I will let him reveal his actual name if he so chooses. Now the Colonel had been threatening to visit for quite some time so when he said he was "on his way", I checked my watch.

Not alot of computers to install at that hour either but since I am a diagnosed short sleeper
this didn't present much of a problem. What surprised me most was finding out that the Colonel had driven 4 hours out of his way to meet with me.

Total time of our visit?

About an hour and a half at an all night diner...swilling coffee and intermittently swapping fishing lies and bash scripts. It was one of the most memorable visits I've received.

Those of us who use GNU/Linux and advocate for its use are not usually surprised by the extreme cross-section of Linux Users. Dr's, Politicians, policemen and even Senior Officers in the United States Army.

Now let me tell you...having spent a career in the Army, I know the protocol pretty good. Retiring as a Senior Non Commissioned Officer, I also know the Officer ranking and the nuance therein.

A Major in the US Army has sacrificed and proven a lot to become a Major in the US Army. This isn't a pony-tailed aging hippie tech nerd...this is a person who has proven his or her ability to lead effectively...and lead large numbers of people effectively. He will lead soldiers into battle or pull injured civilians out of tornado-destroyed homes. His responsibilities are awesome...represented by the oak leaves on his collar.

His name is Arick McNiel-Cho and as you may have guessed from the lead-in, he is a Major in the US Army.

And he is an avid Linux User.


Arick and his staff were in Austin on temporary duty (tdy for you army guyz) to look at some battle stuff and investigate it for implementation into various combat scenerios. I'd love to tell you more but I was advised that I shouldn't ask further or he'd have to...

Arick is a impressive fellow in stature and demeanor. Even someone without any military experience would intuitively know that he held a leadership position. Arick asked me to pick a place where we could go have a couple of beers and spend a few hours talking Linux shop.

With astounding precision, I screwed that up by picking a college bar. I felt like someone's dad, out looking for his wayward daughter.

There were a more than a few there that would give their fathers fits if they knew what their little cupcake was wearing out in public.

At any rate, we spent the next three hours talking bash scripting, advocacy and the general direction in which we wanted to see Linux go. The time really went by too fast. By 11 pm we both realized we had early days ahead of us and shook hands.

My point in all of this?

GNU/Linux has much deeper roots in the American Computer UserBase than most of us realize. The US Army uses the Linux Desktop across many different deployments...not just servers. If Majors in the US Army are using Linux as their only means of operating their computers, we have to ask ourselves "how many more are out there...quietly using Linux and not thinking anything of it?" Carla Schroeder's recent article hits the target like a computer-guided Patriot missle.

And destroying the myth with satisfying carnage.

And I did mention not-so-glorious work and perspiration...

Brian Griffin is a techno-geek. He makes his living on the software side of the house.

He took the Red Pill.

Brian is in Austin visiting family while waiting for new position to come open in Toronto. He emailed me and let me know that he was going to be around and did I need some help.

When the planets finally aligned correctly, Brian was able to meet me so we could move 4 pallets of computer inventory into our new warehouse facility.

This would also be a good time to announce our informal partnership with The Austin Samaritans. Aside from their international work, The Austin Samaritans have a grant to provide computers to disadvantaged kids in South and Central Texas. In exchange for some fairly generous warehouse space, The Austin Samaritans will receive from The HeliOS Project those Pentium II's and III's deemed not powerful enough for our needs. Sometime in the late autumn, I have volunteered two weeks of my life to go with them to Nicaragua to set up a Linux Server System for a hospital. Wanna go with me? Let me know.

It was that un-air conditioned warehouse that Brian Griffin labored in that afternoon.

He busted his butt.

And for that I am thankful...all of us at The HeliOS Project thank Brian for giving us several hours of his day to do the hardest work we do...moving equipment from one place to another. It can be exhausting. Thank you Brian, and may the Universe give you good things in Toronto.

You gave us good things in Austin. As so have all of you who stop by our effort here in Austin Texas. 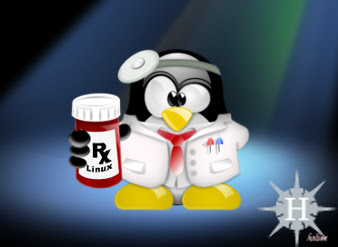 blather and mumbling provided by Unknown at 12:16 AM

I tried the demo of the World of Goo game, following the link you posted on your blog. I paid through Paypal and waited for the email that would lead me to the game download site, but never received it. I tried getting it to be resent, and still no email. I suspect that the email is delayed at the ISP that owns this domain, and so it's really not the fault of the publisher, 2DBoy.

So I emailed 2DBoy, asking to be resent the link to a different address. Now, this was on a Saturday night at 11PM (yes, I am happily married and have therefore a very quiet life, thanks for asking). I was expecting to get an answer by Monday, right?

Nope. I got an answer right away.

That's right, the publisher responded instantly, on a Saturday night, to a dumb help email.

If that's not sheer dedication, I don't know what it is.

Helios, these people *deserve* to succeed. Because they have a clue, because they like us Linux underdog guys, and because of their fantastically helpful people.

You bet the DO "deserve" to succeed. this is funny because I just got off the phone with a good friend and the publisher of an on-line magazine. He was telling me how he was going to support Ron and Kyle in their efforts...It wasn't thirty minutes ago that happened.

Thanks for passing that on. Karma is scary accurate sometimes.

Ken you mention in your piece that the Major is no pony-tailed geek nerd or something like that, assuming that you are.

I do hope that was tongue-in-cheek. Many of us out here look to you for leadership and direction. If not for that, than certainly for inspiration. I've talked to tons of folks who think your direction and manner is just what we need to help those who are trapped by a nasty OS.

Sure you have one or two enemies but from what I've seen, they don't even have the nerve to sign their own names. Wasn't one of them posting on your blog about the thin line?

Your blog is read by almost everyone in my shop and we always ask each other "has helios posted anything new?"

Just so you know that you are appreciated in the UK as I am sure you are in the States.