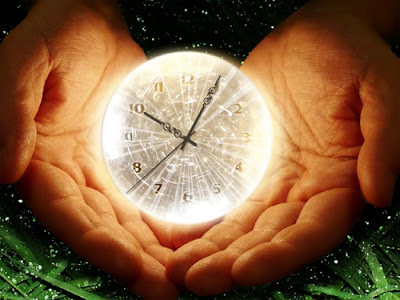 It's not like we didn't already have enough to do...

More to the point...there is so much more that needs to be done.

The HeliOS project is proud to make two announcements. We have committed to two projects in the near future that promises to have a great impact not only on the Austin Community but the Linux and Open Source Community-at-large.

It's not the best part of town. Fact is, I was stabbed repeatedly while working in this very neighborhood in 2001. Nothing life-threatening fortunately...mostly unimpressive arm and shoulder wounds and a stolen wallet to show for my trouble.

Much has changed since then. Our new Police Chief, agree with his methods and politics or not, has made it a priority to clean that cesspool up. Chief Acevedo has pointed his force with laser intensity on this area and it has started to make a difference. Where once laid used syringes and condoms, are now swept and painted curbs and gutters. The "crakshax" have been torn down and neighbors actually wave to one another as they stroll during the evenings. They can do so without fear. They take pride in their homes and it shows. The past year has transformed that bad place into something good.

One man saw a chance and took it.

His name is Sam Lee and he runs the community center in that area called Space12. Their website will be up shortly. What used to be a violent and often deadly bar is now a place of hope and friendliness. This is a place where latch-key kids can come until their parents get home or just hang out at instead of on the street. Currently, they have two computers there.

We are going to see to it that they have at least 12-20 in the near future.

We are in the early planning stages of setting up a technology learning center at Space12. We have the room, we have their blessing...now we just need to do it. We need to build a completely open sourced learning center.

We spoke of this learning center earlier in one of our blogs. If we can come to agreement with the folks at Space12, it will be the Thomas M. Edwards Technology Learning Center. I don't anticipate any problems in getting that named as such.

This is an exciting opportunity for both The HeliOS Project and the community. All involved will benefit greatly. People like Thomas Edwards who live a life of helping others should be recognized for their kindness and open heart. If we have our way, Thomas Edwards will be recognized in just such a way.

And if that wasn't big news, then we have it for you here.

Lynn Bender, a long-time open source advocate and organizer has announced an event for Sunday, the 19th of April...It will be what Lynn describes as "The Mother of All Install-Fests".

And that it shall be. The event is titled simply "Linux Against Poverty".

Lynn has both honored and humbled us by asking The HeliOS Project to take care of all things tech for this event. Tom King and Darrel Raynor, both Austin Residents and Directors with The HeliOS Project, will be on hand with me to make this thing work. If we can swing it, we'll get Larry and Bob here as well.

Shortly before announcing this event, we got a special surprise.

We needed a server to take care of this massive event...and no, my Pentium II 450 gig gateway wasn't going to cut it. We needed an industrial-sized, bigger-than-a-1976-Buick server. Before we could really ask anyone for help, we got a phone call.

It was from Robbie Williamson at Canonical. Yeah...THE Robbie Williamson from Canonical. I had no idea he lived in Austin. Neither had I any idea that he was going to donate us a server that belongs on the Tier One Rack at Nasa. It is now in the capable and talented hands of Tom King who is preparing it for service. Thank you Robbie...Thank you very much. I don't think you realize just how much good your gift is going to do.

The Linux Against Poverty event is going to produce many computers from corporate donations and after the event, The HeliOS Project will be the recipient of many of them. In turn, we will give them to disadvantaged kids in the Central Texas area. They are all going to sport different distros, different environments and different organizations behind them. Lynn is also getting the ball rolling on making this day Austin's official Linux Day.

If anyone can get it done, he can.

So aside from our almost daily deliveries of computers for disadvantaged kids in Central Texas, we have this to look forward to. If you live in the Austin area and want to participate, contact helios at fixedbylinux dott komm and we'll get you signed up.

We could use some help. We are in almost desperate need of wireless pci cards, external cd/dvd roms, hard drives and 4 gig thumb drives. We are going to incur some added expense for preparation as well. If you could drop by the HeliOS Project website and drop a buck or two in the account, we would appreciate it. Lately, we've struggled to simply have enough gas in the cars to go do our installs...any help you could provide would be appreciated.

So...off we go. It's going to be an interesting year.

Thanks for being part of what we do...and a special thanks to Gene and Wanda Lake...for being there when we need them.

blather and mumbling provided by Unknown at 8:07 PM

Congratulations Ken. This is incredible news. It's great to see so many big things happening. Your efforts are showing people what they've forgotten.

Freedom is epitomised in the ability to work as a community for everyone's benefit.

This is great news.

This is amazing and these guys do not cease to amaze me at what their focus and determination can accomplish. Often fighting off the very ones that should be helping them. Oh yeah, the "Linux Community". Right.

I worked with this guy when he was so sick he couldn't walk 30 feet without falling down. To see what he's done in 18 months time is inspiring.

Ken, I don't know how you do it. I just think we are all a bit better because you do.

I think what struck me is right away is that this guy wants to name the learning center after someone that really doesn't have anything to do with him or his organization.

That speaks volumes about the guys we are dealing with here. I'm in, tell me how I can help. I've emailed you. Look for "your blog" in the subject line.

Ken, I was a pretty nasty critic of yours back during the tux500 days. I made the mistake of listening to someone who had his facts wrong and has obvious issues with you. I won't pretend to know what they are, it is none of my business. I think you've handled that person with style and grace. Thank you for not "providing entertainment" to those who would find such exchanges entertaining by addressing his drivel.

You have many fans here in Europe. You may count me as one of them. You are doing good work.

Just another reason to wish we were in Austin.

You have a Dell Dimension 8250 and some other items from HeliOS Solutions West/Felton Linuxworks on the way, Ken.

We met at the Linux shindig in Austin last year. I sat with you and Loye Young during one of the presentations and we went to dinner that evening and discussed your future plans. I am used to hearing people talk about what they "are going to do." I hear it every day. I remember that evening thinking as you talked, "This guy will do exactly what he says he is going to do." And I'll be damned if you didn't do it. Or at least are in the process of doing it. I am honestly impressed with the drive and determination by which you move forward.

If we had more "do'ers" and less talkers, there is no telling where we would be today. I am still in Korea and have extended my contract thru 2012.

We'll see what the political climate is then. We are still teaching the kids here Linux and just like there, they love it.

Since your site seems to be the hub for projects like this across the world, would you take some time to organizing it to let folks know about projects in their area? I know it's work, but just like "Amenditman" said, some folks are wishing they are where you're at.

I know that puts a lot of weight on your shoulders, but it could help us build this thing into what it ought to be.... An international movement to do good powered by linux, sponsored by people.

It was great talking to you on the phone. I've got a lot of work to do to get my program up and running at your pace. Luckily I'm in a less populous area. I'll probably never be as busy as you are.

Thanks for your time! Thanks for what you do! Good luck!

It's been something we've had in the planning stages for a while but what we've run into is this. There are so many projects world-wide that it would take a full staff all day to find, research and write about them. What we are going to do is find the ones we think have the best chance of survival and then post their information. In itself, that is unfair because a small project never grows unless it's publicized....we both know how that goes.

We will be dedicating a piece of the site for this project but it won't be until May or so.

Talk to you soon