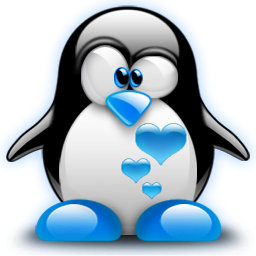 Waiting for some things to cook in konsole, I spent some time hitting the "stumble" button on my firefox stumbleupon toolbar. I only have a few preferences checkmarked and one of them is Unix/Linux. I stumbled upon something I want to share with you. It came off of a newsgroup and it was published just a couple months ago. I think it is worth sharing...there is a point that follows in the next day or two, so I thought this was a good precursor.

blather and mumbling provided by Unknown at 9:18 PM

I mentioned this blog on my Twitter page. This was a very moving blog entry, to say the least. Thanks for posting it!

And, for what it's worth, the thanks of James Dixon of Mannington, WV.

Though in my case the thanks go to Patrick Volkerding and the Slackware team, not Ubuntu.

Thanks to everyone who has given,in any form, to Linux and the various distros.

Thanks to those who proselytise.

And a special thanks to MS who encouraged me to find an alternative.

Thanks for posting this. It reminds me to be thankful for all the efforts of the developers and publicisers of GNU/Linux and FOSS, again.

No amount of "THANK YOU" is enough for the love, care, and hard work that goes into this every single day all over the world.

I am one ex-Windows user who cannot thank every one of you enough.

Please give all these people your support, you all know what I mean. Every little bit helps to encourage them to continue. If you think that they don't want or need encouragement to continue, think again. From the kernel maintainers to package developers to distro maintainers to bloggers who go the extra mile to bring freedom to anyone who listens they all need our support and encouragement. Give what you can; time, talent, or treasure.

I'm disabled, disabled enough not to be able to work, the Goverment paid me a meager sum to have a roof over my head. The internet is my life because of my disabilites.

I had the choice between a machine with Windows on it, and one with Mandriva.

I'm not sure if you know anyone who is disabled, but you should know that we don't have a lot of money, for me to afford Windows would be about a year's worth of saving up my money. Linux saved me. Tux gave me a hug and a DVD, and I am still enjoying it.

So, from someone who can't walk, and can't acutally talk vocally. Thank you, not only to Mandriva, but to everyone who worked on, and with, Linux.